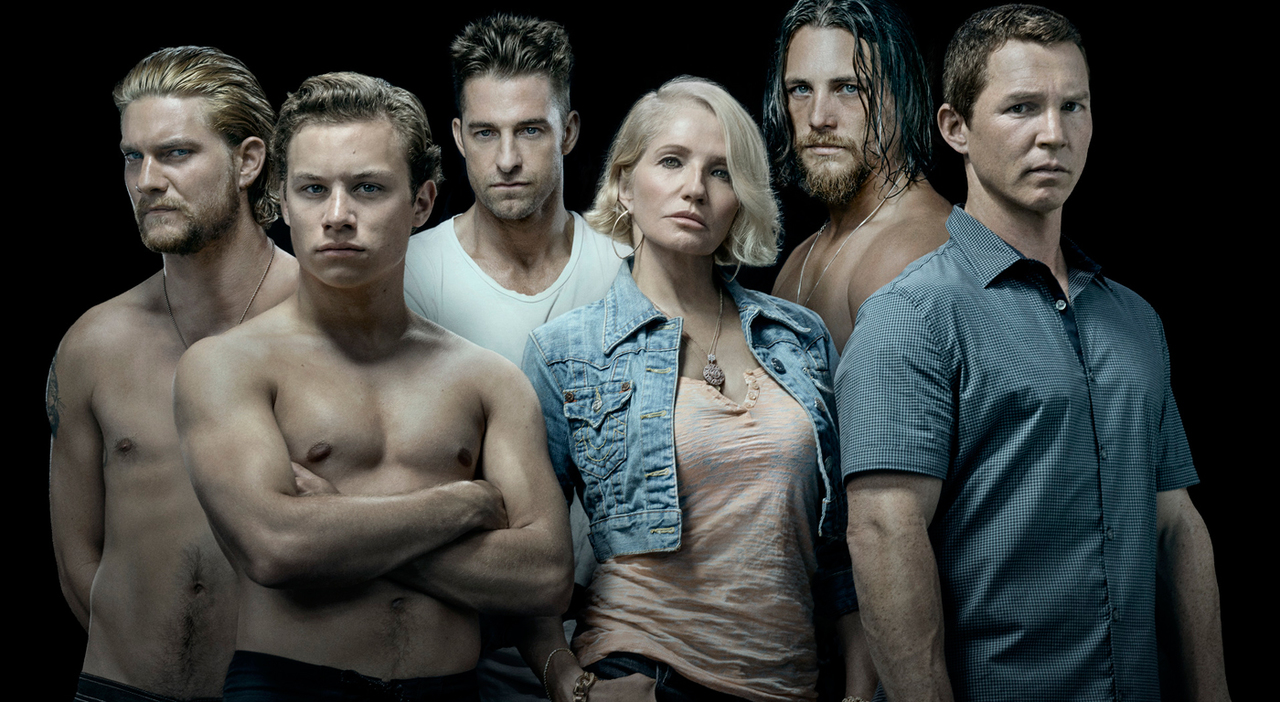 Animal Kingdom stars Emmy® and Tony® winner Ellen Barkin as the matriarch of a Southern California family whose excessive lifestyle is fueled by their criminal activities, with Scott Speedman as her second in command. Shawn Hatosy stars as the eldest of the Cody boys, who is mentally disturbed and fresh out of prison.
After the episode: Conversation with stars Ellen Barkin, Scott Speedman, Shawn Hatosy, and Executive Producers John Wells and Jonathan Lisco. Moderated by New York Magazine/Vulture's Stacey Wilson Hunt.

SCOTT SPEEDMAN - Barry “Baz” Blackwell
Scott Speedman continues to captivate audiences on the big and small screen with his range of dynamic roles. Recent film credits include The Captive, opposite Ryan Reynolds, which debuted at the Cannes Film Festival, and the critically acclaimed Barney’s Version, opposite Paul Giamatti and Dustin Hoffman. Box office hits include The Vow, with Rachel McAdams and Channing Tatum; The Strangers, opposite Liv Tyler; and the Underworld franchise. Speedman is best known for his role on the popular drama series Felicity.

SHAWN HATOSY - Andrew "Pope" Cody
Among Shawn Hatosy’s two dozen plus films are the likes of Robert Rodriguez’s The Faculty, with Josh Hartnett; Wayne Wang’s Anywhere But Here, opposite Natalie Portman; In & Out, with Kevin Kline; The Cooler, which once again paired him with his Outside Providence co-star Alec Baldwin; and Public Enemies, with Christian Bale.

Hatosy also starred on John Wells' Peabody Award-winning TNT drama Southland, for which he garnered a Critics' Choice Award nomination. Hatosy most recently starred in the Catherine Hardwicke-directed drama Reckless and recurred on the drama series Bosch and Fear the Walking Dead.

JOHN WELLS - Executive Producer
John Wells is one of the most prolific writers, directors and producers in television, film and the theater. Over the past two decades, Wells has been a creative force behind some of primetime's biggest hit series, including ER, The West Wing and Third Watch. He currently serves as executive producer on the new drama series Animal Kingdom for TNT, starring Ellen Barkin, and on Showtime's Emmy®-nominated Shameless, which is in its sixth season.

JONATHAN LISCO - Executive Producer
Before working in “the biz,” Jonathan Lisco was an ad copywriter, the VP of a telecom company based in China and a lawyer in New York City.

From 2010-2013, with John Wells and Chris Chulack, Lisco executive produced the last three seasons of the Peabody Award-winning TNT series Southland. Prior to Animal Kingdom, Lisco was the showrunner and executive producer of the critically acclaimed television drama Halt and Catch Fire.

Stacey Wilson Hunt
After serving as Awards & Special Projects Editor/Senior Editor at The Hollywood Reporter for more than five years, Stacey Wilson Hunt was appointed New York Magazine and Vulture’s first-ever Hollywood Editor. With a master’s degree in journalism from Columbia University, the Portland, OR native has worked for a number of notable magazines and served as an executive producer and the host of THR's award-winning roundtable series, Close Up with the Hollywood Reporter. Wilson Hunt has been awarded various commendations for her work including FOLIO, Society of Professional Journalists and L.A. Press Club awards. She is also a frequent moderator of industry panel events such as for the SAG-AFTRA Foundation and Paley Center for Media.