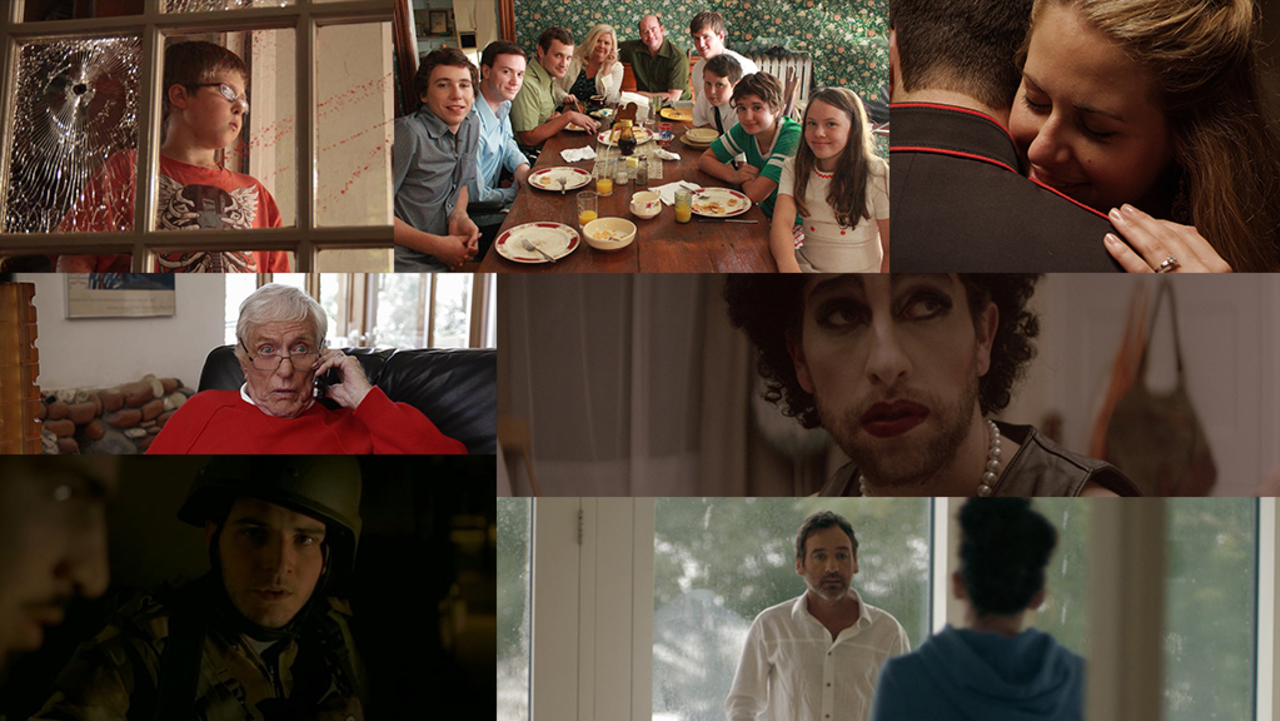 Relationships are often complicated, particularly so for the characters in this short program.
A mischievous dad in Merry Xmas tells his adult kids he's divorcing their mom... just in time for the holidays! In SexLife, Dan and Mia haven't had sex since before the birth of their son, so Dan takes extreme action and decides to get Mia back in the mood. A Boy’s Life is a portrait of a troubled youth in an environment of chaos and violence. The Arrest is a film about occupation and creation; the story deconstructs reality, to tell a believable tale about a different Middle East. When a young military wife in Birthday, gets news that her Marine husband has been severely wounded in combat, she discovers that life ahead is going to be a difficult yet amazing journey for them both. Personal Development finds Fintan's already fragile relationship with his youngest daughter is put to the test with the arrival of some unexpected news. Secrets and sexuality are revealed in The Parker Tribe, where it’s 1976 and Jo, the oldest daughter in a loud Irish Catholic family of nine questions her place in the family, while taking care of her two critically ill brothers.