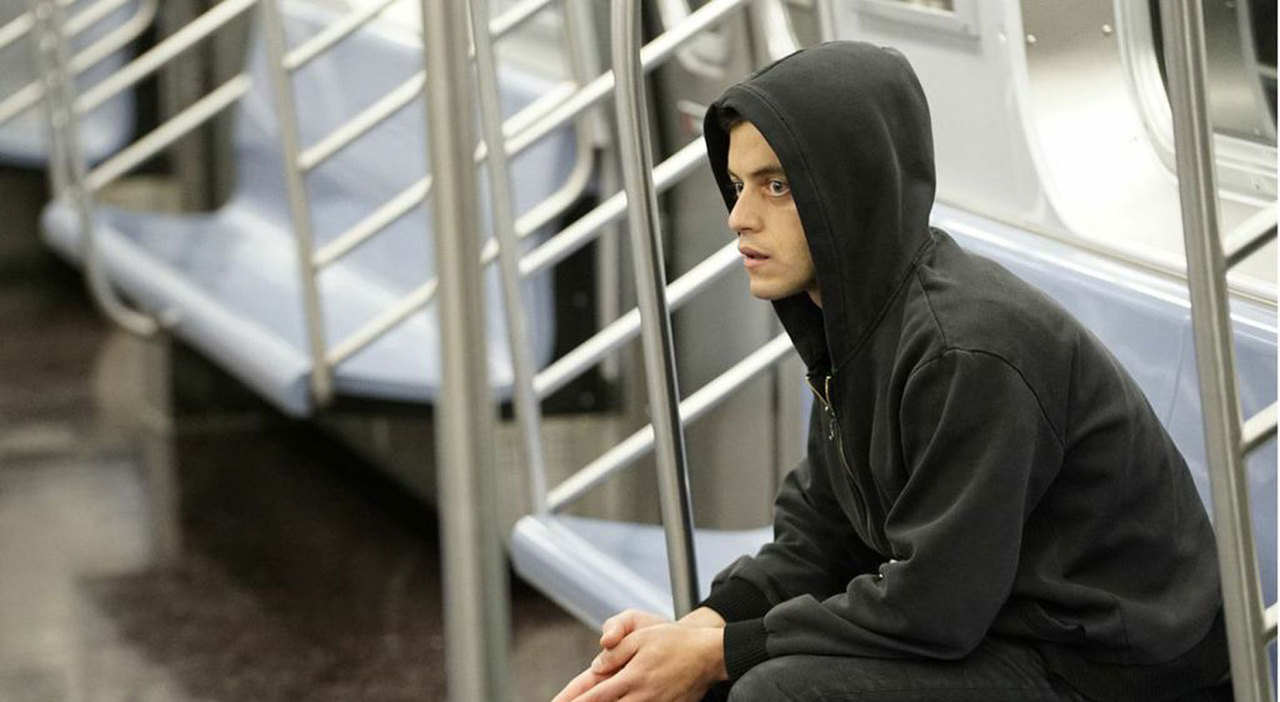 Drama, Thriller, Science Fiction, TV
Created by Sam Esmail. Elliot (Rami Malek) is a cyber-security engineer by day and a vigilante hacker by night, in this new techno thriller from USA Network. When the leader (Christian Slater) of an underground hacker group recruits him to destroy the firm he is paid to protect, Elliot finds himself at a crossroads. Directed by Niels Arden Oplev (The Girl With the Dragon Tattoo), and co-starring Portia Doubleday, Carly Chaikin, and Martin Wollstrom.
Tribeca Film Festival is proud to host a very special advance screening of Mr. Robot's anticipated pilot episode. The full team of cast and creators will be in attendance to participate in an illuminating panel after the screening and answer audience questions.
After the Movie:
Christian Slater
Christian Slater stars as the mysterious leader of an underground hacker group on USA Network’s psychological thriller series, MR. ROBOT. Slater’s impressive career spans the worlds of film, television and stage. Most recently, he was seen in Lars von Trier’s drama “Nymphomaniac,” opposite Shia LaBeouf and Uma Thurman. Additional credits include “Hot Tub Time Machine 2”, appearances in “The West Wing”, “The Office”, Broadway’s “The Glass Menagerie”, “Somewhere’s Better” off-Broadway, cult classic “Heathers”, and producer on “Hard Rain” and “Very Bad Things”. He has worked with and opposite greats such as Francis Ford Coppola, Anthony Hopkins, Jessica Lange, and Dick Van Dyke, and has earned much acclaim for his work.

Sam Esmail
Sam Esmail serves as Creator, Executive Producer and Writer on the psychological thriller series MR. ROBOT, his first foray into television. After graduating NYU's Tisch School of the Arts, Esmail attended AFI's directing program where he received his MFA. In 2008, he wrote his first feature screenplay, “Sequels, Remakes & Adaptations,” which landed on the Black List, a survey taken by more than 600 production companies and film financier executives about their most liked screenplays. He followed that up a year later with his second Black List script, “Norm the Movie.” His feature directorial debut, “Comet,” was released through IFC last year.

Rami Malek
Rami Malek stars as a brilliant young programmer on the series Mr. Robot, and recently starred in “Night at the Museum 3”. He appeared in Paul Thomas Anderson’s “The Master” opposite Philip Seymour Hoffman, Joaquin Phoenix and Amy Adams. Additional film credits include Spike Lee’s “Old Boy”, “Night at the Museum 1 & 2,” “Short Term 12,” directed by Destin Cretton and Scott Waugh’s “Need for Speed,” Malek’s TV credits include memorable arcs on “24” and “The Pacific” as ‘Snafu’ , garnering incredible reviews and leading to Tom Hanks casting him in “Larry Crowne” at Universal and ‘Bill Condon’ in the last installment of the “Twilight” saga.