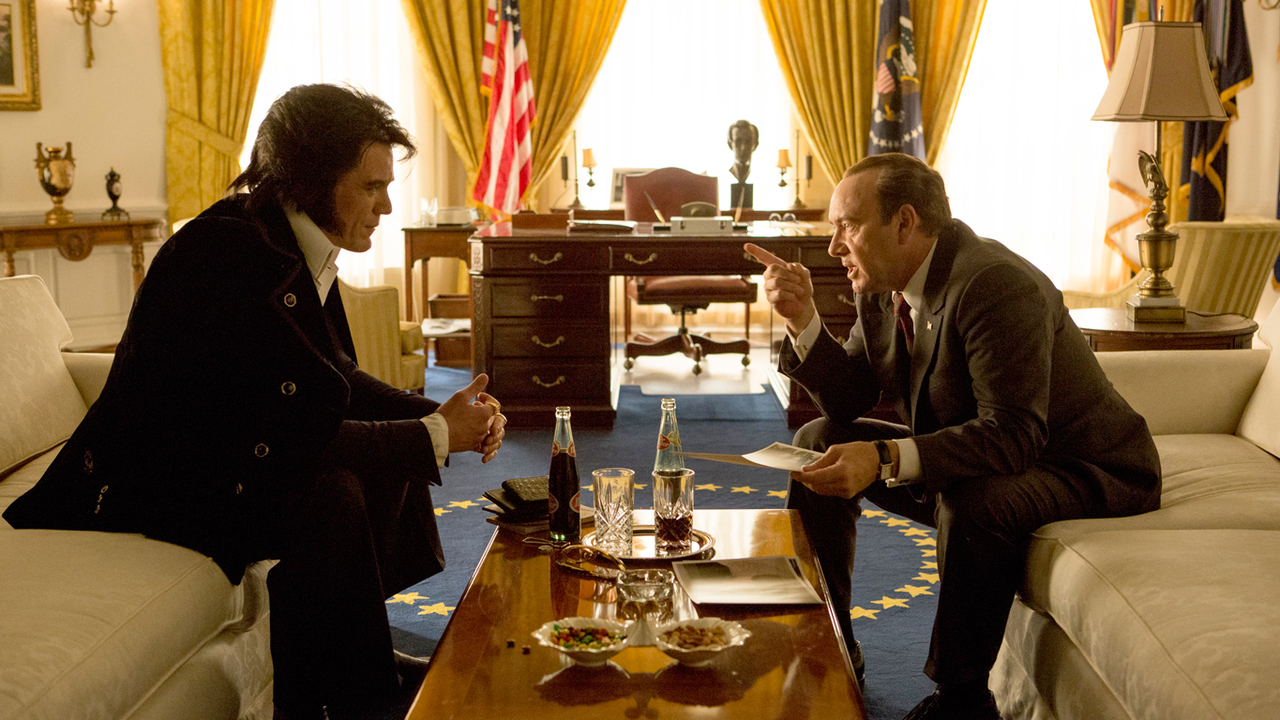 Liza Johnson’s Elvis & Nixon tells the untold story of the legendary meeting between Elvis Aaron Presley (Michael Shannon) and Richard Milhous Nixon (Kevin Spacey), immortalized in the most requested photograph in the National Archives. Days before Christmas in 1970, the most famous man in America turns up at the doorstep of the most powerful one, inexplicably seeking to be made a Federal Agent at Large for the Bureau of Narcotics and Dangerous Drugs. What follows is a farcical scramble, as entourages jockey to coordinate a mutually acceptable meet-and-greet. One of the more surreal encounters in American history, the Elvis and Nixon meeting perhaps captures perfectly a pre-Watergate moment in time: before their names came to evoke tragedy and corruption; when the cultural cachet was passing from politicians to celebrities; and when America had both a King and a President.

Read an interview with Michael Shannon where he discusses all of his Tribeca 2016 roles, at TribecaFilm.com.

Liza Johnson is a writer and director whose feature films include Return(2011) and Hateship Loveship (2013). She has been a fellow of the DAAD Berliner Künstlerprogramm, the Wexner Center for the Arts, and the Sundance Institute. She is also Professor of Art at Williams College.