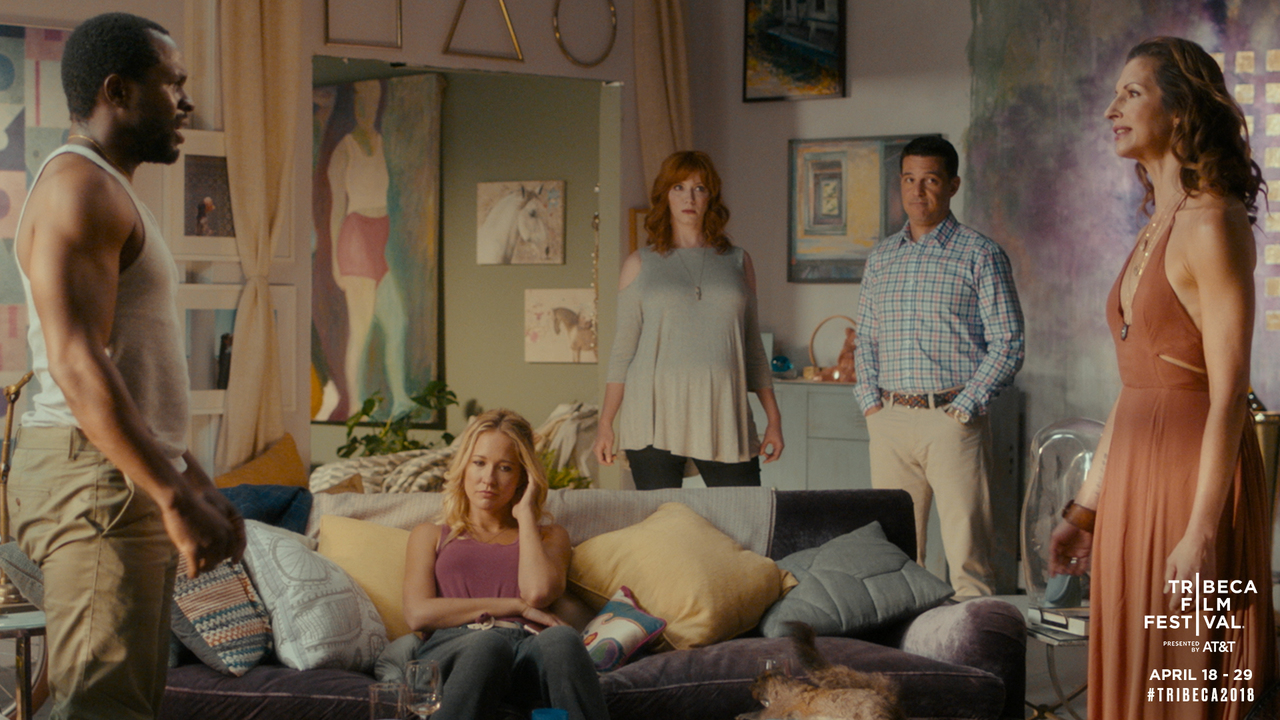 New York, Comedy, Drama, Female Director(s), Female Screenwriter(s), Tribeca Film Festival Alumni
Tina (Alysia Reiner) and Karen (Christina Hendricks) were art school frenemies whose paths diverged after college. Tina became a passionate, successful conceptual artist, while Karen sacrificed a career in art in order to become a wife and mother. When Karen—eight months pregnant—and her wealthy husband, Don, make a trip to New York City, Tina and her partner Wayne invite the couple over to their bohemian loft for dinner. Things quickly move from awkward to explosive when Tina announces her newest project: a lifelong performance piece in which Tina and Wayne become parents via surrogate. Stoking the fire, Tina and Wayne’s young, beautiful surrogate Kiki (Anna Camp) drops by unexpectedly, and the fivesome spend the rest of the evening quarrelling about the pressures of motherhood: why we choose it, revere it, and sometimes forgo it.

Director Marianna Palka’s (Bitch) bold second feature echoes playwright Edward Albee in its sharp, cutting dialogue and its self-involved yet sympathetic characters. Egg is a sharp and uproarious satire about the decisions women—and men—make around parenthood, zeroing in on the personal, social, professional, and ideological implications of bringing a new life into the world.