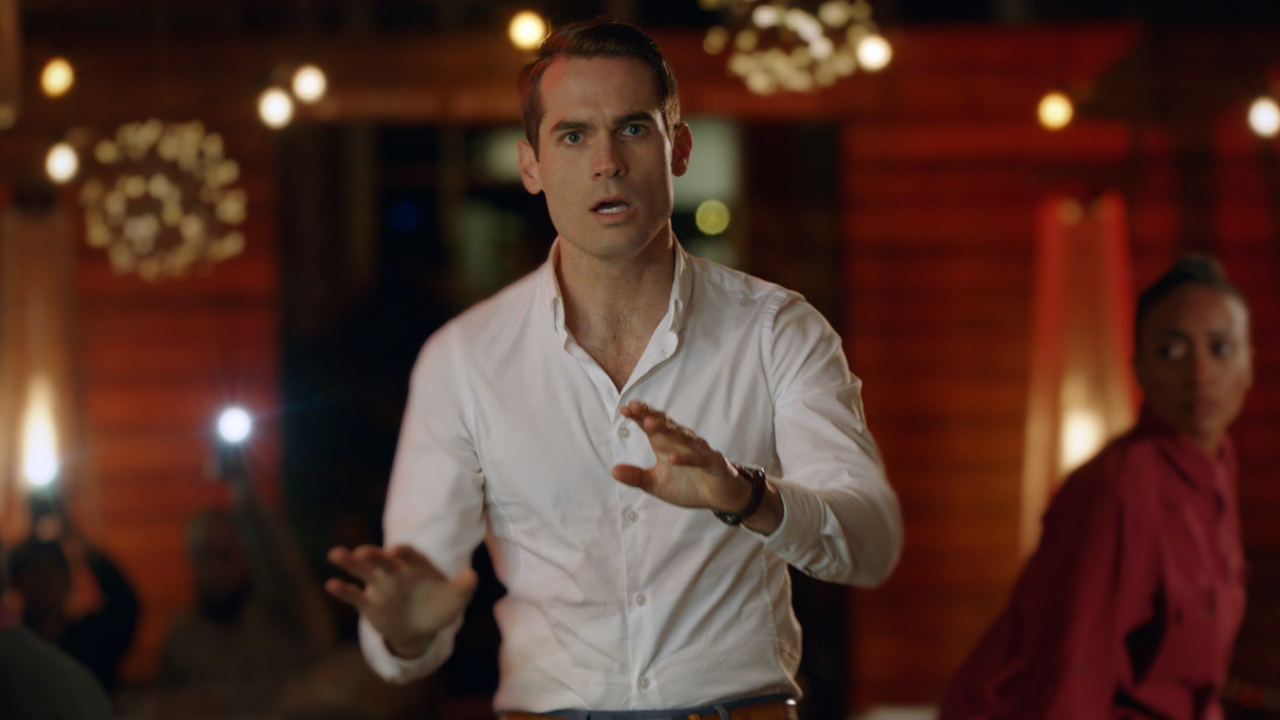 The picture of Hollywood success, talent agent Jordan (the film’s co-writer, co-director and leading man Jim Cummings) seems to have it all—the snazzy career, the Ken-doll good looks, the lovely woman. When a purple envelope mysteriously appears in his mailbox inviting him to an anonymous tryst, the cracks in his carefully constructed façade of perfection begin to spread. Defenseless to resist, he indulges in a wild night of mind-blowing passion, only to find his life slowly but surely coming undone in the aftermath. Increasingly embroiled in a web of deceit, Jordan falls ever deeper down a rabbit hole of suspicion and conspiracy, desperately trying to keep up appearances all the while.

Jim Cummings treats us to this thriller-tinted darkly comedic dramedy, portraying the fabulously fake Jordan with quirky, neurotic genius. This offbeat, wholly original film is buoyed along by snappy writing that hilariously sends up the depravity of the movie industry’s sleazier side, mercilessly skewering the "masters of the universe" said to run Hollywood and happily poking fun at the paranoia of the guilty. Edgy, unpredictable and gleefully over-the-top, The Beta Test is a squirmingly funny indie gem. —Karen McMullen