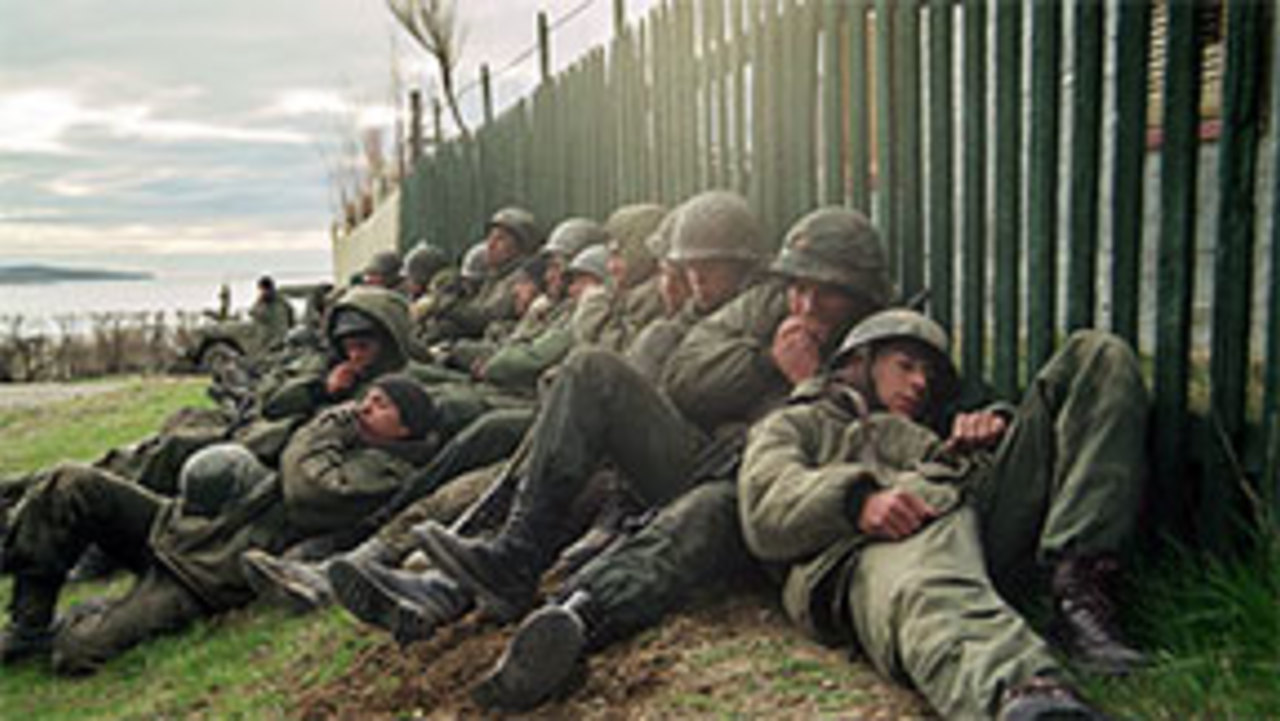 Bauer's harrowing account of the Falklands/Malvinas War and its aftermath reminds us that survivors keep fighting long after leaving the battlefield. At age 40, Esteban is an old soldier whose scars are too raw to confront mortality again. When his former foxhole mate Vargas attempts suicide, Esteban's memories of combat come flooding back. Flashes of his past and present unfold without overhyped drama. Blessed by Fire, based on a memoir, could be a universal story about a man given a gun, a uniform, and little training, but Bauer's vivid storytelling pushes it beyond the war story genre. As one of Esteban's fellow recruits says: "What cannot be seen must be replaced by what can be heard." Bauer veils some of the trauma in the darkness of night, so he pays exquisite detail to sound: the marching through mud, the whistling of bullets, and the labored breathing of the scared and the dying. Argentinean forces found a powerful foe in the British troops supported by NATO and the U.S., and the patriotic clichés declared by Argentinean officers did not ease their men's fear. As frigid weather and dwindling rations threaten to sink Esteban and his friends Vargas and Juan further into despair, they seek solace in one another. Shared feelings and some consequence-laden hijinks bolster their instinct for self-preservation. Twenty-two years later, after an overdose, Vargas' demons seem to be winning their war. Esteban keeps a vigil by his bedside. Whether or not his troubled comrade survives, Esteban still must build an arsenal of nerve to return to the scene of the battle.

Born in Mar del Plata, Argentina, in 1959, Tristán Bauer has worked as a cinematographer, screenwriter, and director for more than 20 years. Recipient of numerous film awards including several from the Latin American Film Festival in Havana, Bauer is best known for his incisive portraits of two icons of contemporary Latin American Literature, Julio Cortazar (Celestial Clockwork, 1994) and Jorge Luis Borges (The Books and The Night, 1999), as well as for his debut feature After the Storm (1990) which depicted the travails of an ordinary man who suddenly loses his job. Blessed by Fire, the first Argentinean film to deal directly with the legacy of the Falklands/Malvinas War, won Spain's Goya award this year for best foreign film in the Spanish language.