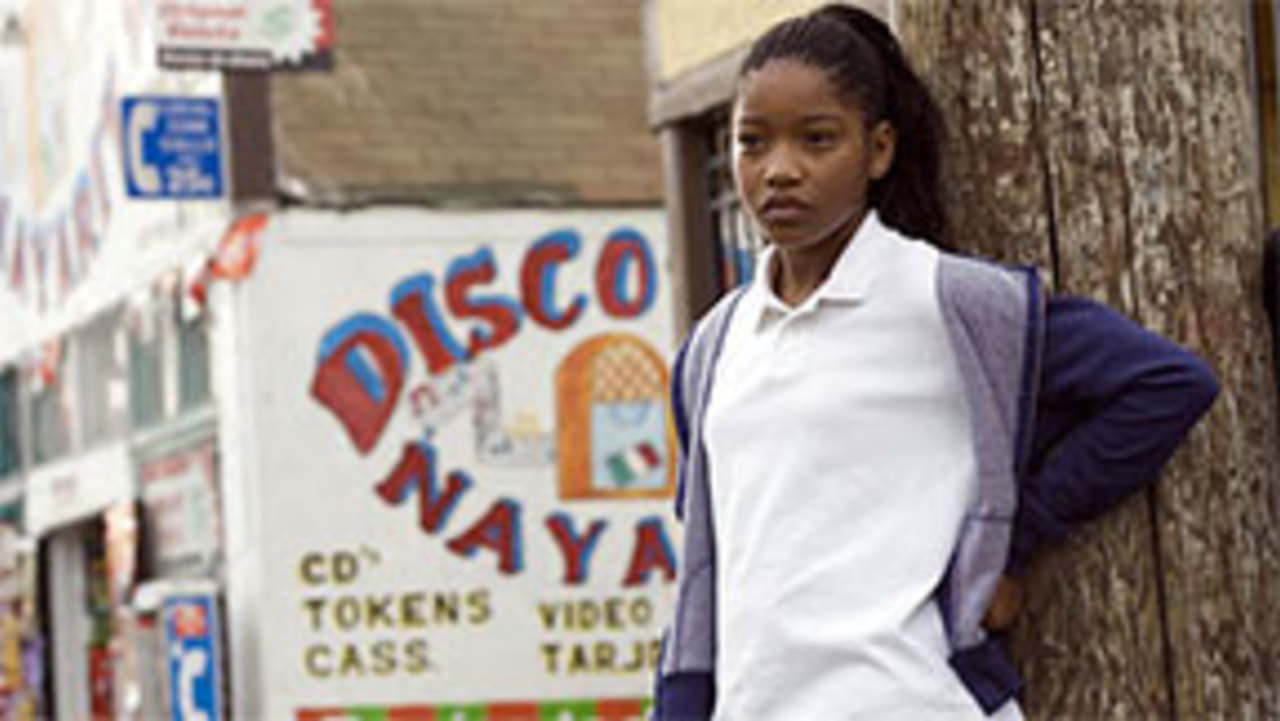 AKEELAH AND THE BEE

In Doug Atchison's new inspirational drama, Akeelah Anderson (Keke Palmer) is a precocious 11-year-old girl from south Los Angeles. But life isn't always easy, even for this gifted preteen. Her mother Tanya (Angela Basset) is a single working mom, and the neighborhood feels tougher every day. Recognizing her gift for words, a teacher convinces Akeelah to participate in the school spelling bee. Before long, she's on her way to compete for a spot in the Scripps National Spelling Bee. Despite her mother's objections, and with the help of her principal Mr. Welch (Curtis Armstrong), Akeelah begins her tutelage with the retired Dr. Larabee (Laurence Fishburne). Dr. Larabee's strict, old-school training techniques are a wake-up call for Akeelah-she can either lose a once-in-a-lifetime opportunity to work with him, or change her life around. As she starts to train with Dr. Larabee, they build a friendship based on respect and hard work, and she learns that the world is much bigger than her neighborhood. But all of her training is threatened when her mother learns the truth and forbids her to continue. In a nail-biting third act, Akeelah transforms her life by forging forward and competing nationally. By the time the competition arrives, she has more coaches than she ever imagined: Everybody in the neighborhood helps her learn words as they too transform with Akeelah's success. A rousing story, Akeelah and the Bee will surely warm hearts and inspire both kids and adults.

Doug Atchison has been making movies since he was 14. After attending the University of Southern California's School of Cinema-Television, he directed numerous award-winning short films. His script for Akeelah and the Bee won the prestigious Nicholl Fellowship in Screenwriting. In 2001, Atchison wrote, directed, and produced the independent feature The Pornographer, which played in several international film festivals and on HBO. He recently adapted the novel The Breadwinner into a feature teleplay for ABC/Touchstone and Glenn Close, and he cowrote the screen adaptation of Spinning into Butter. Atchison is also adapting Kahlil Ashanti's one-man show Basic Training into a feature film with producer Barry Josephson. Atchison works as a "script doctor" for major studios and has taught directing and screenwriting courses.