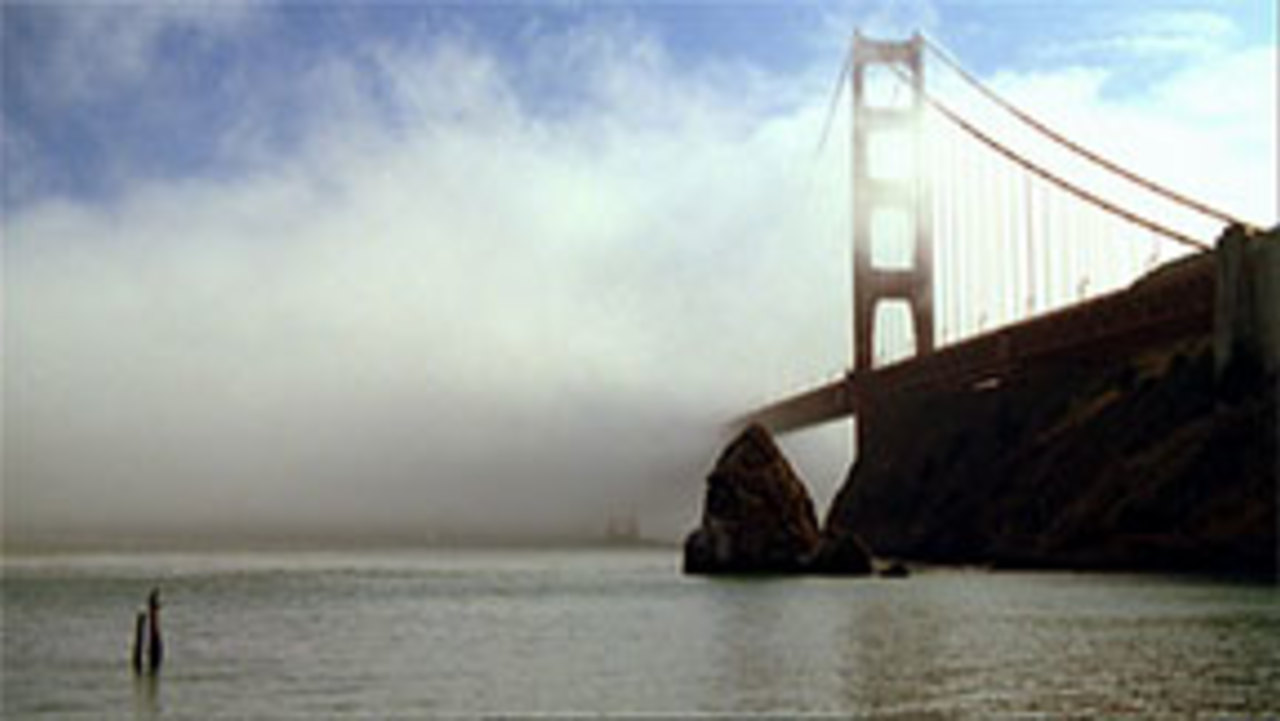 The Golden Gate Bridge, with its views of the San Francisco Bay and skyline, is an American icon and a major tourist destination. But it is also the site of more suicides than any other place in the world. The question of why this particular bridge is such a magnet for suicides (along with the broader issue of suicide, and mental illness in general) is explored in Eric Steele's debut documentary, which he began to work on after reading Tad Friend's New Yorker article on the subject. Every day during 2004, Steele set up his cameras and filmed the Golden Gate Bridge during daylight hours. Day after day, he and his crew observed thousands of people crossing the bridge on foot from San Francisco to Marin County and back. They filmed everyone from tourists to bicyclists, but ever so often a person would climb over one small part of the bridge's mile-long railing and let go. However, while the camera can record the act of suicide, it cannot tell us what leads a person to such an extreme action or what thoughts run through someone's mind during those last moments. In an attempt to uncover some of these mysteries, Steele crossed the country in order to interview friends and families of the jumpers he captured on film, on-scene witnesses to various jumps, and even a jump survivor. These testimonials elevate the jumpers in the film from nameless statistics to human beings whose lives have inexorably led them to a tragically decisive moment on the Golden Gate Bridge. Like the bridge itself, this film is beautiful, powerful, and possesses an underlying darkness.

After graduating from Yale in 1985, Eric Steel began his career as a creative executive at Walt Disney Pictures and later worked as vice president at Cinecom. Shifting gears, he accepted a position as an editor at Simon & Schuster, and then became a senior editor at HarperCollins. In 1995, Eric joined Scott Rudin Productions as senior vice president, where he served as executive producer of Angela's Ashes and coproducer of Bringing Out the Dead and Shaft while acquiring and developing many of the company's most prominent feature projects. In 2003, he formed his own company, Easy There Tiger, and is currently developing several documentaries and features including Julie/Julia, a coproduction with Amy Robinson based on the book of the same title by Julie Powell, to be written and directed by Nora Ephron for Columbia Pictures. The Bridge is Eric's directorial and documentary debut.