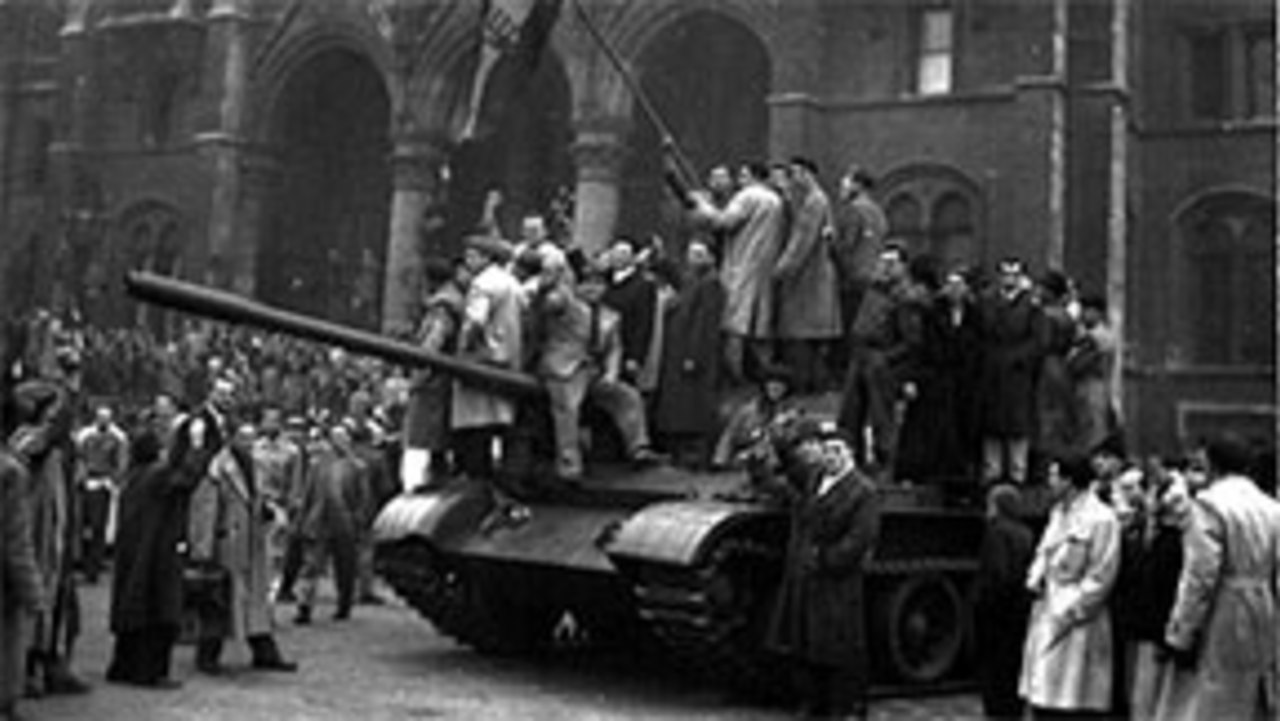 The year 1956 is synonymous with triumph and heartbreak for most Hungarians. As a result of the 1956 Hungarian Uprisings, the now landlocked nation of Hungary became the first state in the eastern bloc to shrug off Soviet rule. But 12 days later, the Soviets returned and a bloody battle ensued. Nearly a quarter of the nation's population left the country as refugees. Given all that transpired, it is easy to forget that 1956 was also the year in which the legendary Hungarian water polo team defeated the Soviet Union in the semifinals of what many have called the bloodiest water polo match in Olympic history. In this triumphant documentary director Colin Keith Gray (The Sibs) carefully retells the story of the Hungarian Revolution of 1956 through the eyes of freedom fighters as well as athletes from the Russian and Hungarian water polo teams. Gray juxtaposes images of Hungary's unrivaled water polo reign with powerful footage of the uprising, from a young nurse proudly waving a Hungarian flag with the red star cut out of the center to the brutal political executions by the Soviet regime. In the midst of the upheaval, both Hungary and the Soviet Union sent their water polo teams to the 1956 Olympics in Melbourne, and the world watched as two teams with radically different points of view met in the same pool for the water polo semi-finals. The resulting bloodbath gave new meaning to the Russian saying: "Water polo is not ping-pong."

The writing/directing team of Colin Keith Gray and Megan Raney Aarons is better known as The Sibs. The seed for Freedom's Fury was planted 20 years ago, when Gray heard about Hungary's legendary 1956 water polo team. After Gray formed his first production company WOLO Entertainment in 1998, The Sibs decided to bring the story of the infamous Hungary-Soviet Union match to the screen. The 2006 release coincides with the 50th anniversary of the Hungarian Revolution. The Sibs' rock documentary This is Static-X was released theatrically in 2001. Their other writing/directing/DP work includes numerous award-winning television documentaries and a commercial for the Athens 2004 USA Water Polo team. The Sibs have also directed music videos and commercials for Old Navy, GAP and Direct TV. In production for their third feature documentary, Prisoners of Faith, they are also developing two independent scripts and planning to make their narrative feature film directorial debut. The Sibs started their own production company, Grainey Pictures, in May 2003.