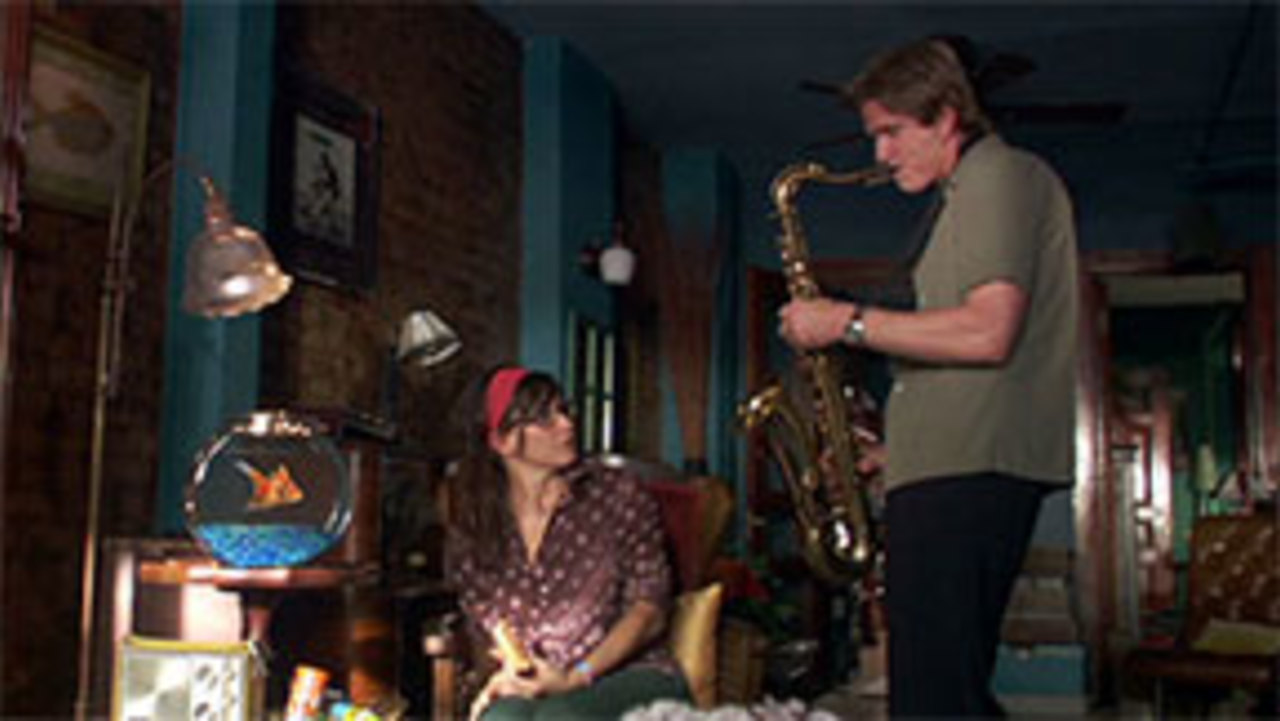 The human species is a strange one, especially when it comes to mating rituals. It seems so much simpler and more organic with goldfish or frogs. Writer/director Claudia Myers' winsome romantic comedy Kettle of Fish features a lifelong bachelor, Mel (Matthew Modine), and a British biologist, Ginger (Gina Gershon), that might just learn a few things from our aquatic friends. Mel is approaching 40, plays saxophone in a jazz band, and is a hopeless romantic, as well as a shameless Don Juan. Having never made a commitment before, with the exception of his goldfish, he finally takes the plunge and moves in with his girlfriend Inga. But Mel's commitment trek derails when he meets Diana on a ferry and he immediately believes she is the one. The only problem: his band is booked to play at her wedding. Even so, he decides to leave Inga and pursue Diana. In doing so, he moves back into his apartment that he has just sublet to Ginger who has just moved to New York to study frogs. Ginger reluctantly agrees to cohabitate with him while she looks for a new place. The reserved Ginger is shocked at the lengths Mel goes to court Diana, including getting a job as the elevator man in her building. When Ginger notices Mel's goldfish, Daphne, react when he plays sax, she has Mel bring Daphne to the lab for testing. Ginger's frog and Daphne hit it off in ways that surprise our leads and enlighten them to the fact that love can be quite easy. Myers's delightful script weaves together the entertaining world of single thirty-something neuroses with impeccable comic moments.