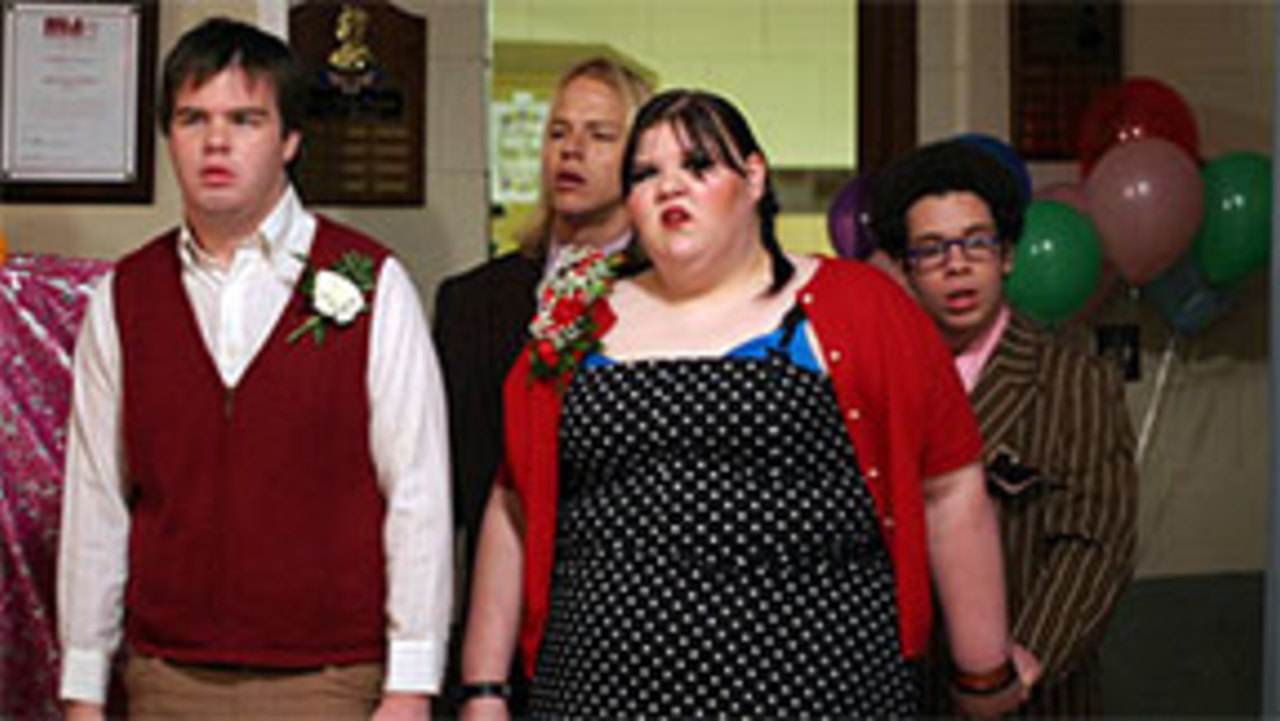 Rodney wants a boyfriend. He also wants to star in a Broadway show. Neither of these desires endears him to anyone in his bible-belt hometown, but he and his 300-pound friend Sabrina somehow make the best of the situation. With Fat Girls, 20-year-old actor-writer-director Christian Ash sends a love letter to a small Texas town while giving it the finger at the same time. This quirky dark comedy takes the conventional elements of high-school movies-finding a date for the dance, the search for sex, the struggle of outsiders to fit in-and tweaks them, but gay and straight people alike will still recognize the awkward situations that make puberty such an ordeal. Rodney's prospects brighten with the arrival of a sexy student from England, but he nevertheless turns to one of the few adults who understands him-kindly teacher Mr. Cox-for advice, and Mr. Cox introduces Rodney to the possibilities that lie beyond their dusty Texas burg. With a feathery touch, the film conveys Rodney and Sabrina's sense of alienation. As Sabrina, actress Ashley Fink channels a young Ricki Lake, and her self-confidence shines through despite considerable character armor. Even when Sabrina and Rodney's us-against-the-world bond is expanded to include a third person, the pair's presence remains magnetic. According to Rodney, there is a fat girl inside many of us. We don't need to be fat to understand, we just need to be different. With Rodney's dad dead-in a hilarious scene with a midget hooker-and his zealot mom naming foods after scripture, will Rodney finally seize his chance to break out? Like his hetero counterpart in 1984's Footloose, which was another paean to overcoming small-town oppression, Rodney is already dancing as fast as he can.

Fat Girls is the debut feature of writer-director-producer Ash Christian, who also stars in the film. Born and raised in Paris, Texas, he began his show business career at an early age, acting in local community theater and traveling the world as a member of the famed Texas Boys Choir. A role in the independent film Standing Still sparked Ash's interest in directing, and he went on to make the short film Secrets Underneath, which screened at festivals across the country. In addition to his work behind the camera, Ash has had roles in such feature films as Domino, Serving Sara, and Cheer Up, and has guest-starred in numerous television shows, including Six Feet Under, Cold Case, Going to California, and Boston Public.