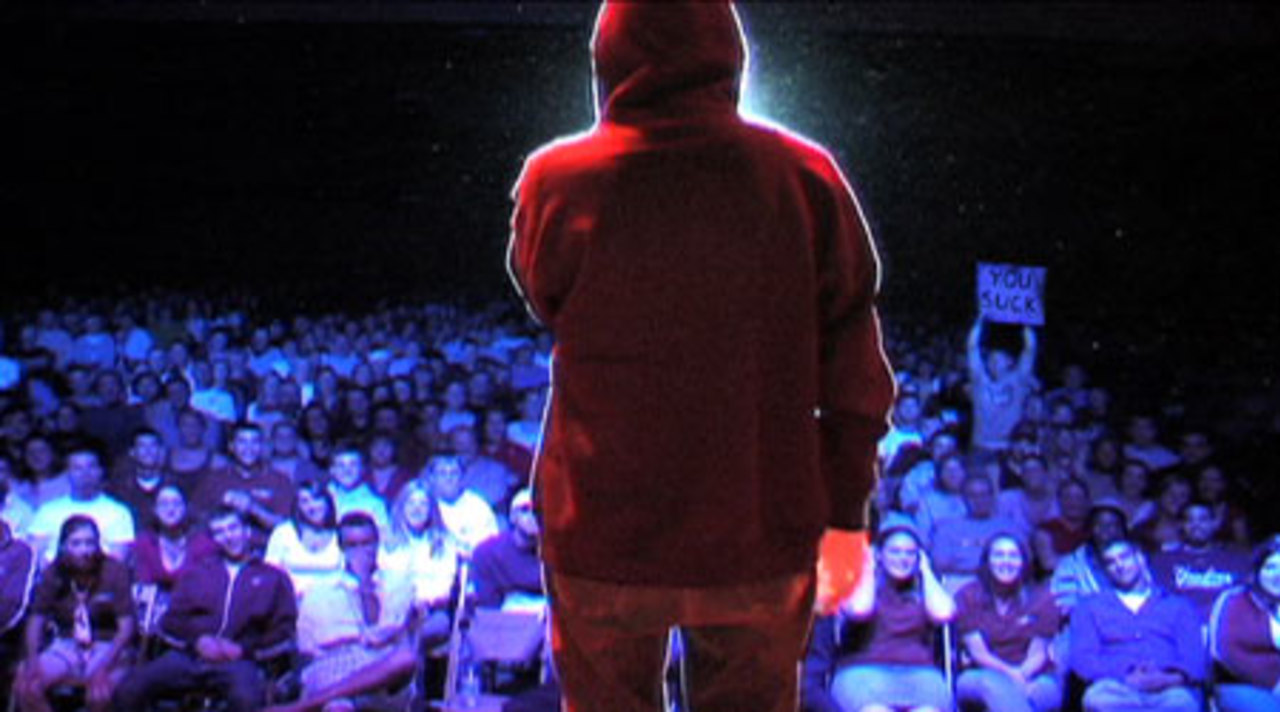 While perhaps best known for his role in the Scream franchise, actor/comedian Jaime Kennedy also works the stand-up comedy circuit, and if Heckler is any indication, he has taken his fair share of abuse from audience members over the years. But after starring in 2005's Son of the Mask, Kennedy found his "hecklers" weren't limited to audience members anymore. After pretty much being personally trashed by bloggers and critics in reviews of the film, Kennedy, with director Michael Addis, decided to explore the world of hecklers and critics-their motives, their effect on the people they taunt (or criticize) and, at Heckler's funniest, their reactions when confronted by those very same people. Addis keeps the film moving with hilarious scenes featuring Kennedy confronting his critics; interviews with the likes of Bill Maher, Tom Green, Nick Swardson, David Allan Grier, Rob Zombie, Larry Flynt, Richard Roeper, George Lucas and others; and archival footage of the reactions of those being heckled-including then-candidate Ronald Reagan's classic 1980 exclamation "Aw, shut up!" while being heckled during a speech. The film also directs its eye toward film reviewers, gives an especially biting take on bloggers and the countless online critics, and tackles the debate between true criticism and personal opinion. As humbling as the experience is, Kennedy and Addis cross the unspoken line between those in the spotlight and those in the dark, pulling no punches…though not literally, like critically reviled director Uwe Boll, who infamously challenged detractors to a boxing match. Whatever your opinions of Kennedy, bloggers or critics, Heckler is a smart, funny and raw exploration of how the pen (or the keyboard) is mightier than the sword.