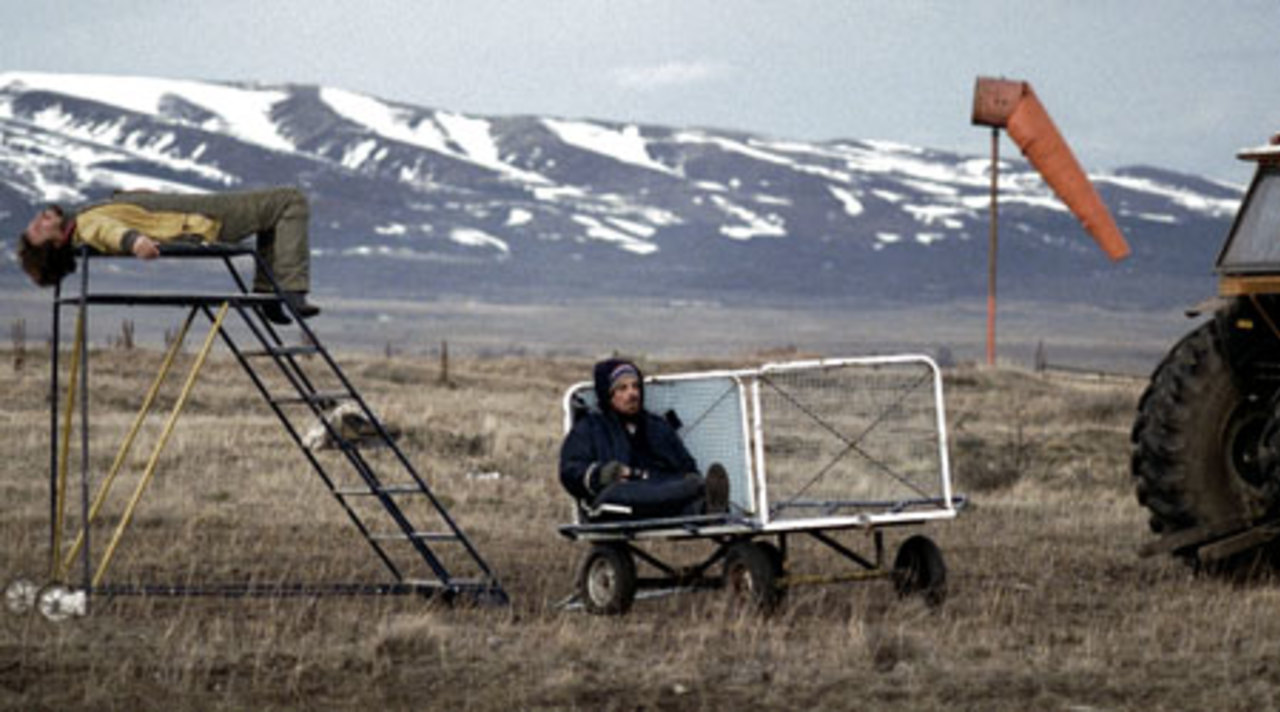 Santiago (Guillermo Pfening) seems to have the perfect life: a successful interior design business with his gorgeous wife, an adoring young daughter and an immaculate home in Buenos Aires. When his world is irreversibly shattered in an accident, it is the last predictable moment in this hauntingly intimate film. Resurfacing in deepest Patagonia, Santiago lives a boring, brutal and at times claustrophobic existence, maintaining an airstrip in the harsh landscape. As in his earlier work (Crane World, El Bonaerense), director-screenwriter Trapero's slow, careful camera dwells on the rhythms of Santiago's quotidian existence -- going on a hunting trip, waiting for the once-weekly plane to arrive, having sex with the local barkeep-prostitute -- to tease out the story and the character of a male lead who is not willing to give himself away. The ending packs a fierce, if quiet, punch -- one greater than the viewer may expect after this winding tale of how one man travels literally to the end of the earth in order to find himself again. With his fourth film, Trapero reaffirms his status as one of the most thoughtful and expressive leading lights in the current revitalization of Argentine cinema.

PABLO TRAPERO was born in San Justo, Argentina, in 1971. He studied film at the Universidad del Cine in Buenos Aires. In 1999, his first film Mundo Grúa (Crane World) toured many international film festivals and garnered numerous awards outside Argentina. In 2000, he made the short film Naikor while working on his second feature film, El Bonaerense, which premiered at the Cannes Film Festival in 2002 and was warmly received by the critics and audience. His third feature film, Familia Rodante (Rolling Family), began a long tour of film festivals, starting with the Venice Film Festival. Currently, Trapero is working on the script of his new feature film, Desencuentro.