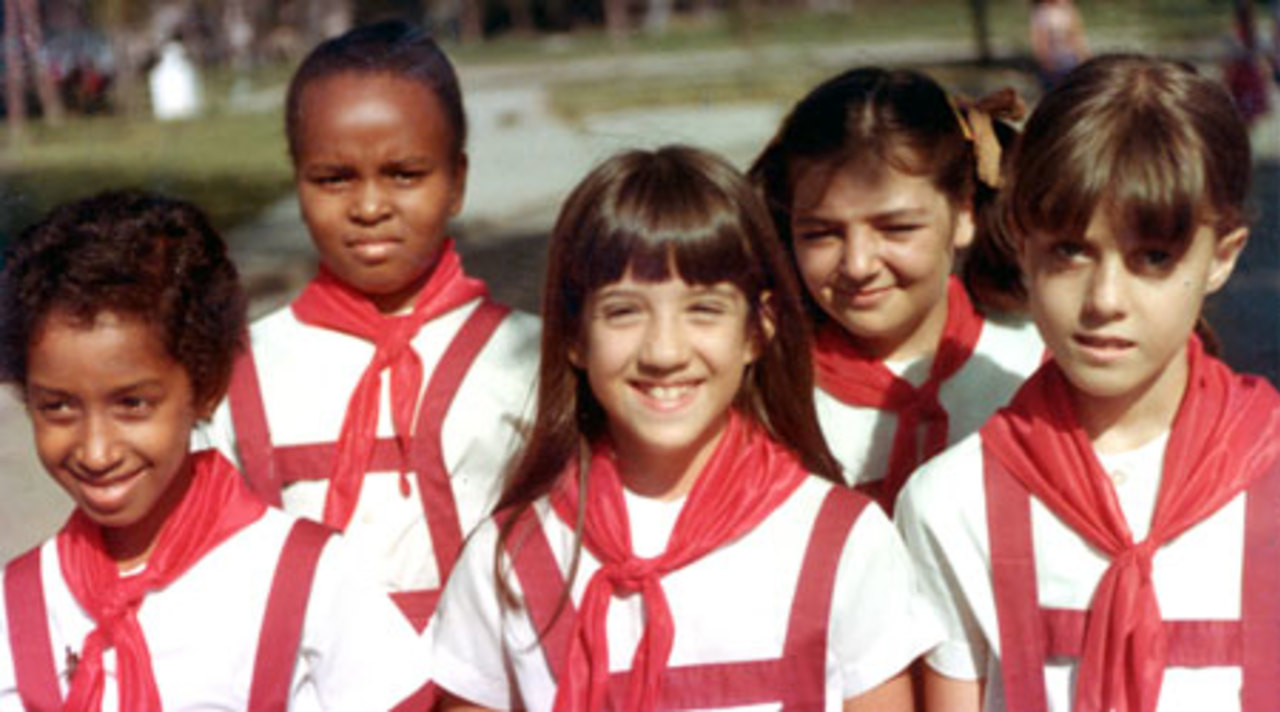 Female Director(s)
Diaspora meets nostalgia on the crumbling pavements of Havana in this charming, provocative memoir. When the military dictatorship led by Augusto Pinochet toppled Chile's elected government of Salvador Allende in 1973, a transnational exile culture was born. Camila Guzmán Urzúa speaks for that culture's second generation. The filmmaker, daughter of renowned documentarian Patricio Guzmán (Battle of Chile; Chile, Obstinate Memory; The Pinochet Case), grew up in Cuba. In The Sugar Curtain, Guzmán recalls her Communist pioneer childhood as idyllic and returns to visit her one-time classmates. Few are left. Many have dispersed into yet another diaspora, driven away from Cuba by the hard times following the collapse of the U.S.S.R. and its subsidies. Those who remain grapple with how to make ends meet, but the people they feel sorry for are the children-who no longer grow up with an ebullient sense of having history in their hands. This elegantlyexecuted memoir-astonishingly, a debut film-takes on hard issues gracefully. Guzmán recognizes that her childhood paradise was a prison for many, and that her community of grandmothers could be, for some, a nest of informers. Leaving the post-Fidel speculation for others, the filmmaker focuses on what it meant to have world-changing dreams, with all their contradictions, on one small island. Letting her own story open the door to those of others, Guzmán engages us with the human drama of growing up socialist.

CAMILA GUZMÁN URZÚA was born in Santiago de Chile in 1971, but at the age of two, her family moved to Havana, where she grew up. She left Cuba in 1990 and since then, has lived in Spain, England, Chile and for the last seven years, in France. Guzmán Urzúa studied film at Les Ateliers Varan in Paris and at the London College of Printing (LCPDT) where she earned a film and video degree in 1996. Since 1996 she has worked as an assistant director and produced documentary and fiction films. The Sugar Curtain is her first film.