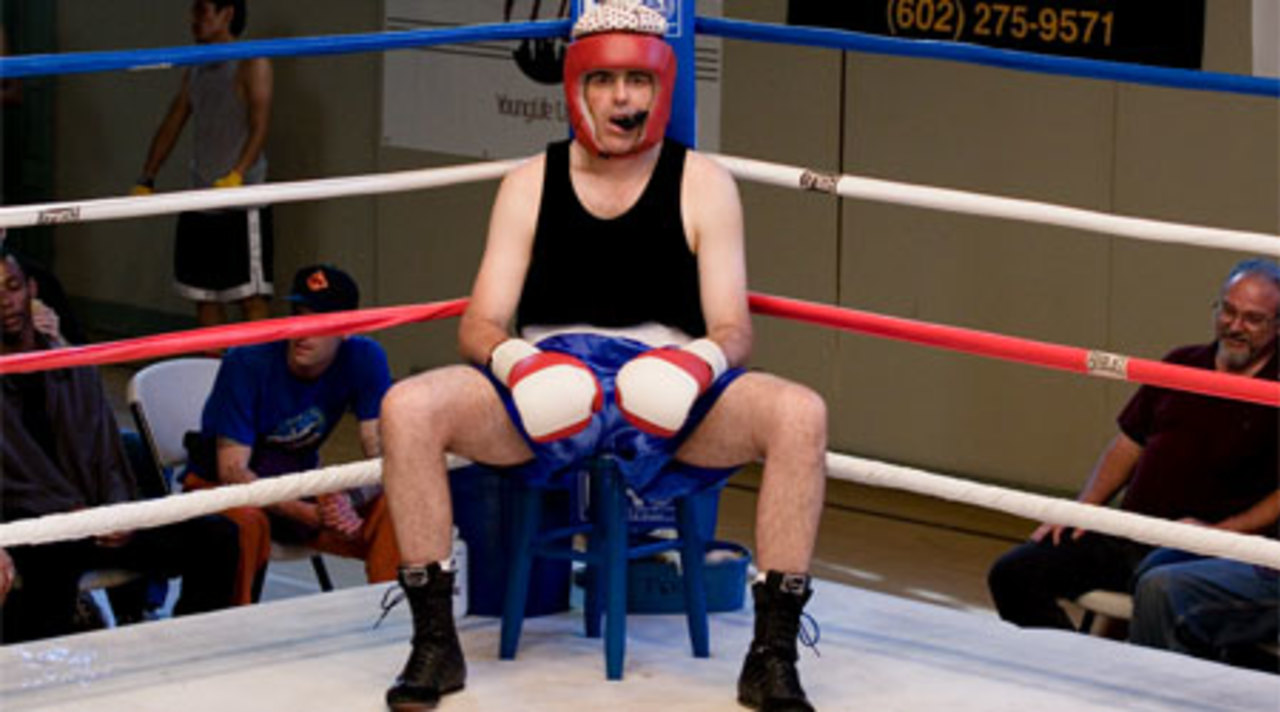 Before becoming a comedian and gaining fame as the host of radio's Loveline and television's The Man Show, Adam Carolla spent many years bouncing from job to job. At various times, he was a boxing instructor and carpenter, and it's from this history that Carolla, writer Kevin Hench and director Charles Herman-Wurmfeld have given us The Hammer. In an underdog comedy about a former promising boxer, now construction worker, Carolla's Jerry Ferro is forced to come to terms with his directionless life as he reaches his 40th birthday. Circumstance leads to an encounter with venerated boxing coach Ernie Bell (Tom Quinn), who trains a young fighter preparing for the U.S. Olympic trials. Convinced to spar a few rounds with the young hopeful, former Golden Gloves fighter Ferro finds himself in the ring for the first time in 20 years. But it all comes back as Ferro knocks the fighter to the canvas, and Bell offers him a shot to keep training and participate in the Olympic trials himself. Leaving his former life, Ferro embarks on the unthinkable: recapturing his lost youth by matching up against boxers two decades his junior in an attempt to make the team. Herman-Wurmfeld keeps the laughs coming at a steady pace, while a skillfully integrating an endearing romance between Ferro and Lindsay Pratt (Heather Juergensen). Carolla's sweet and mild-mannered performance gives The Hammer its heart, and he is ably supported by the rest of the cast. The Hammer is a successful mixture of the fishout- of-water and coming-of-age tales, and yet its simple twists on these stories is what makes it so enjoyable.

CHARLES HERMAN-WURMFELD began his career in San Francisco, where he and sister Eden Wurmfeld launched their prolific, long-term creative collaboration with the micro-budget film Fanci's Persuasion. In San Francisco, Herman-Wurmfeld also made a splash by developing and directing a series of rock operas. He has nimbly moved from edgy low-budget projects to high-profile studio offerings. His hit indie film Kissing Jessica Stein (2002) won a Critics Special Jury Award and the Audience Award for Best Narrative Feature at the 2001 Los Angeles Film Festival, as well as numerous audience awards at other festivals. Herman-Wurmfeld went on to helm Legally Blonde 2, starring Reese Witherspoon. His television work includes Comedy Central's Stella, now on DVD; and The Facts of Life Reunion. He and Eden are currently in production with Hilary Swank and Plum Pictures on Laws of Motion.