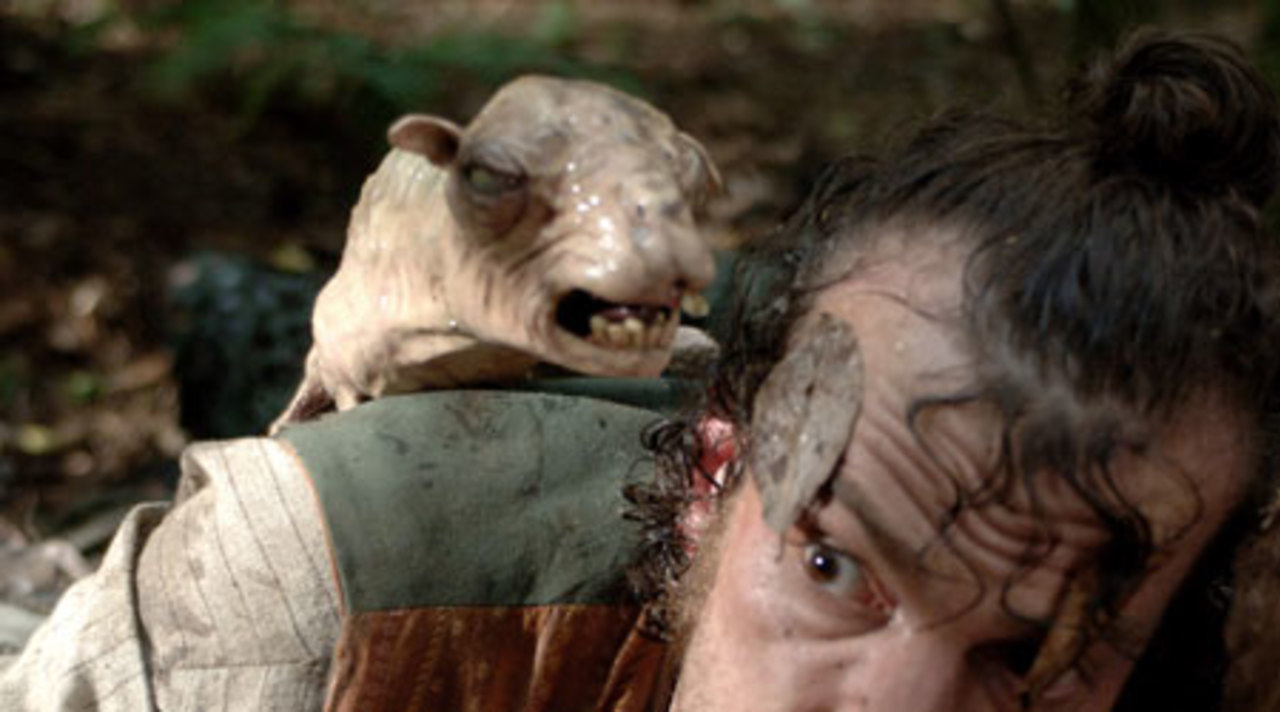 Beautiful New Zealand. The "land of the long white cloud." Also, the land where the sheep outnumber the humans. So who can blame Henry Oldfield for fleeing the family farm after developing a nasty phobia to four legs attached to mutton and wool? Years later, he's returning to the homestead to sell his half of the farm back to his brother Angus, who's been pretty busy making a few changes to the place. Angus has thrown out traditional farming methods in favor of rebuilding his sheep to be bigger, better and fluffier-through evil genetic engineering. He plans to unveil this bleating middle finger to Mother Nature soon, at a meeting of international investors. After that no one can stop him from ruling the ovine industry. At least that's his plan. But when animal rights activists free one of the discarded samples from of the lab, they inadvertently set off a chain of grisly killings. One bite from an infected freak of a lamb chop causes other sheep to mutate into bloodthirsty zombie-sheep. Ewwwwwwwwwwe! If Henry doesn't overcome his fears and allergies soon, he won't have a prairie oyster's chance in hell of getting out alive. The film's white fluffy balls of mayhem and dismemberment were created by Peter Jackson's special effects house W.E.T.A., responsible for the creatures of Lord of the Rings and King Kong. Director Jonathan King's debut is a perfect blend of black comedy, horror and exquisite gore.

JONATHAN KING grew up on the North Shore of Auckland, New Zealand, where he shot his first Super 8mm film, featuring a papier maché alien lurking in the school corridors. After directing countless music videos and commercials, King made the short films Still and horror-comedy Chogar. "Sheep have a reputation for silliness and we've co-opted their woolly character into countless tourist souvenirs," he says of his latest work. "The twist of sheep as blood-thirsty predators made it feel like a story just waiting to be told." Besides writing and directing his debut feature, Jonathan has co-written The Tattooist, which is currently in post-production.