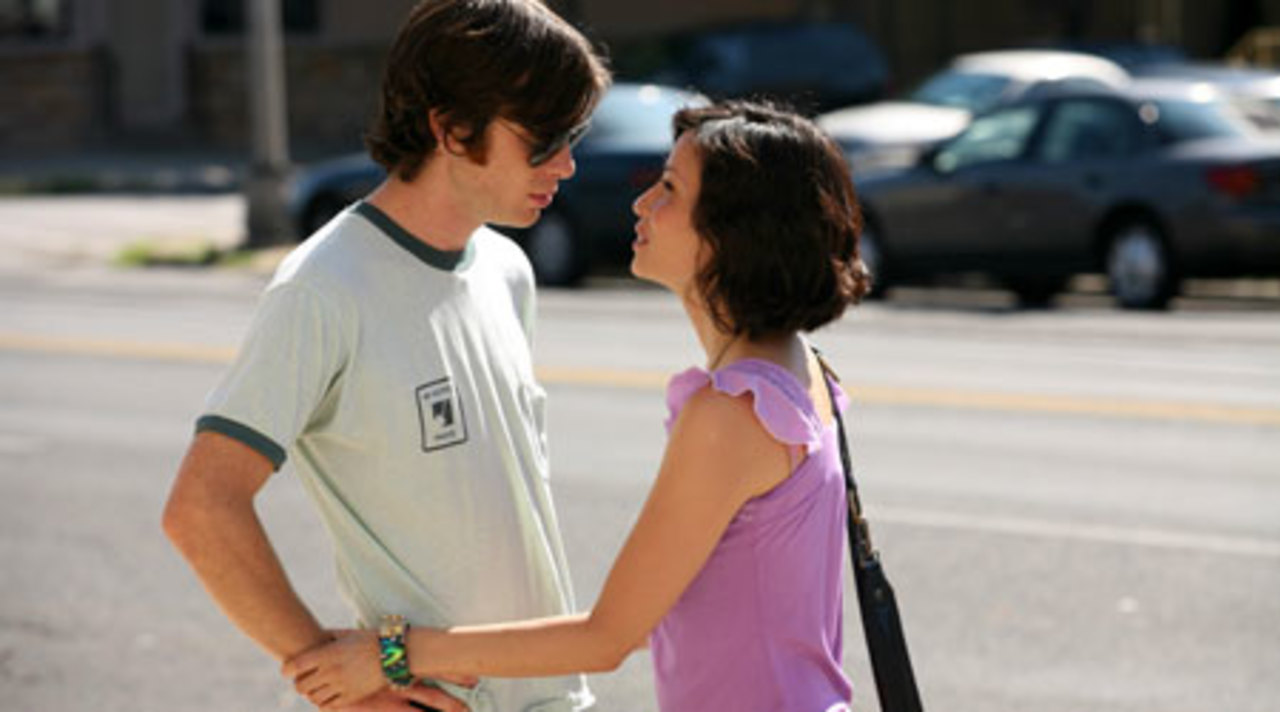 Comedy, Romantic Comedy
Neil (Cillian Murphy) is a quirky cinephile who owns Gumshoe Video, an independent video store specializing in the strange, the offbeat, and the hard to find. A self-proclaimed film geek, Neil lives vicariously through his favorite classic films, even going so far as to tell his girlfriend that she's "not enough like Katharine Ross in Butch Cassidy and the Sundance Kid" when she tells him he needs to grow up. But when Neil meets Violet (Lucy Liu), everything is turned upside down. Violet is a real- life femme fatale, spontaneous and outrageous, who doesn't just wait for life to be like the movies-she goes out of her way to make it so. The trouble is, Neil is used to-and content with-watching movies, not actually acting them out, and is completely caught off-guard by her "do-don't watch" attitude. Murphy deftly takes on Neil's straight-and-narrow personality, while Liu tackles Violet's mystery and vibrancy with gusto. Director Paul Soter, best known for his writing and acting work with the comedy group Broken Lizard makes his directorial debut with a charming and witty take on what it might be like if day-to-day existence really was larger than life. Sometimes love is stranger than fiction, and Neil is about to discover just how strange it can be.

PAUL SOTER is one of the five members of the comedy group Broken Lizard. This dynamic group is responsible for writing and starring in the films Puddle Cruiser, Super Troopers, Club Dread and Beerfest. Soters also cowrote the films Nutcracker and Take My Wife, which he is developing at Warner Bros. Currently, he is working on two upcoming Broken Lizard's projects, The Slammin' Salmon and Super Troopers 2. Soter is also looking to direct the screenplay Beware. He lives in Los Angeles with his wife, infant son and a pitbull named The Captain. Watching The Detectives is Soter's first directorial effort.