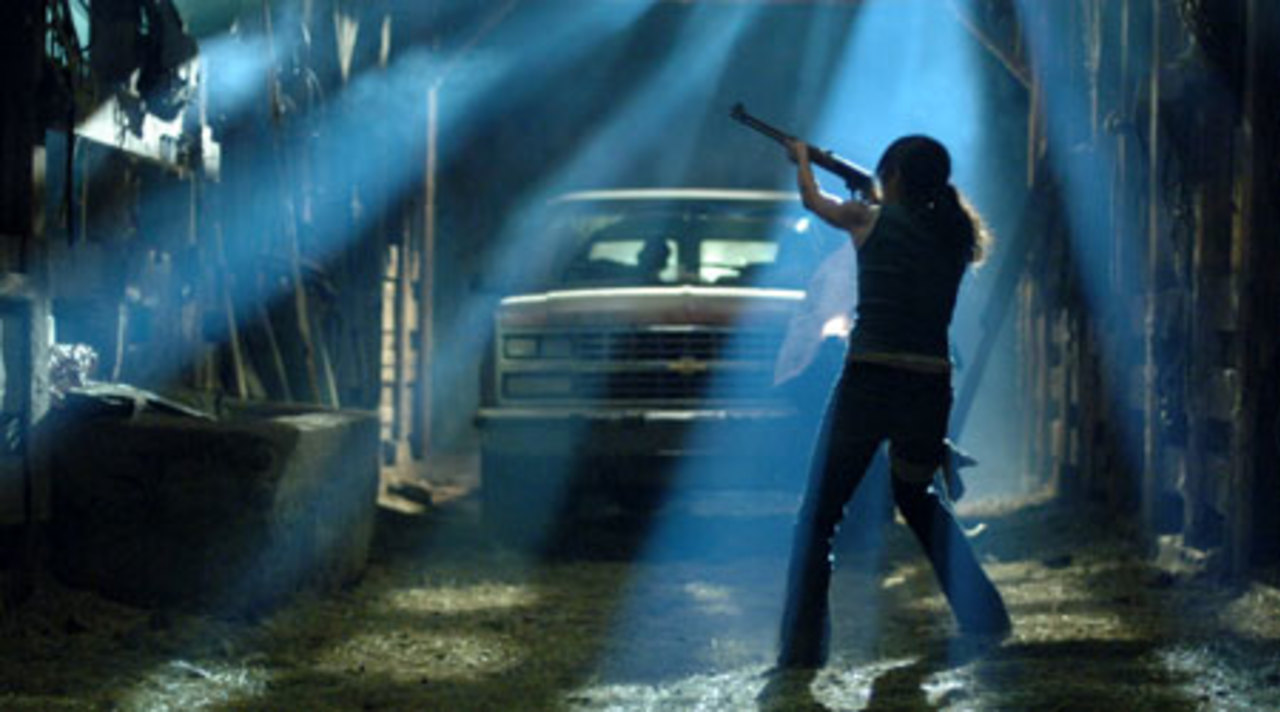 Over a thousand years ago, the Anasazi culture thrived in the American Southwest, and then inexplicably disappeared without a trace, leaving behind one of archaeology's greatest mysteries. It is commonly believed the Anasazi died out due to drought, but Unearthed proposes an alternative scenario when a scientist obsessed with the lost culture makes a sinister discovery in the New Mexico desert-and realizes that their disappearance may have been at the hands of an extraterrestrial man-eater. Uncovering an ancient subterranean lair, he unleashes a hideous creature that is highly intelligent, agile and has a taste for human flesh. One by one, townspeople are bloodily picked off while a band of hapless travelers are left stranded and waiting to die. Their only hope is Annie (Emmanuelle Vaugier), a quick-thinking sheriff who's haunted by a dark past and determined to shake her reputation as the town drunk. Employing a saturated look, Unearthed uses the dryness and isolation of the desert at its most raw to create an extreme contrast to the supernatural invasion by a killer monster. With fast-paced action and gory, violent kill scenes, director Matthew Leutwyler skillfully heightens the suspense and mystery right up to the thrilling climax.

MATTHEW LEUTWYLER is a partner in the Los Angeles-based production company Ambush Entertainment. Unearthed is his second horror genre film; his first was 2004's cult horror-comedy-musical Dead And Breakfast. He is currently working on a psychological thriller entitled Below the Surface, and an adaptation of the best-selling novel The River Why.