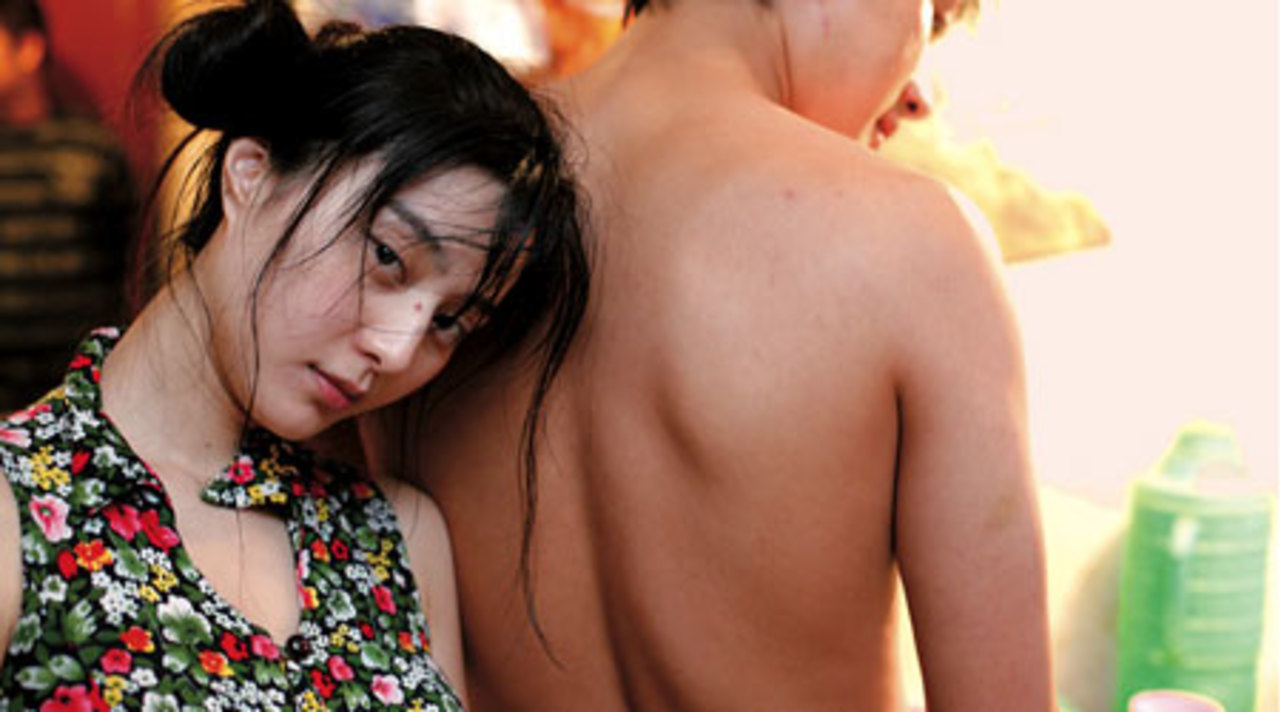 China's fast-growing economy has been much discussed in recent years, and has certainly not escaped the attention of its filmmakers as seen in director-writer Li Yu's follow-up to her award-winning Dam Street. This new film features Ping Guo, a young woman, and one of the many immigrants struggling to establish themselves in bustling Beijing. This ever-changing society is epitomized by nouveauriche businessman Lin Dong, owner of the Gold Basin Foot Massage Palace, and Ping Guo's boss. The two worlds collide when Ping Guo is raped by her boss at work, while her window-cleaner husband, An Kun, witnesses the act. Although this somewhat ambiguous scene passed strict Chinese censorship, it is not without repercussions for the main characters. Ping Guo becomes pregnant and An Kun decides to blackmail Lin Dong for the rape of his wife. Lin Dong, married to the barren Weng Mei and desperate for a child, agrees to pay An Kun the money, provided he receives proof that the child is his. What follows is a tragicomic social tale that explores the relationship between an old China-a country of traditional values and familial relations-against the emergence of a new value system instilled by an increasingly materialistic society. Li Yu's decision to use four of the top names in Asian cinema (including veterans Tony Leung Ka-Fai and Elaine Jin) pays off as she expertly weaves the storyline into each character's personal experience of being lost in Beijing.