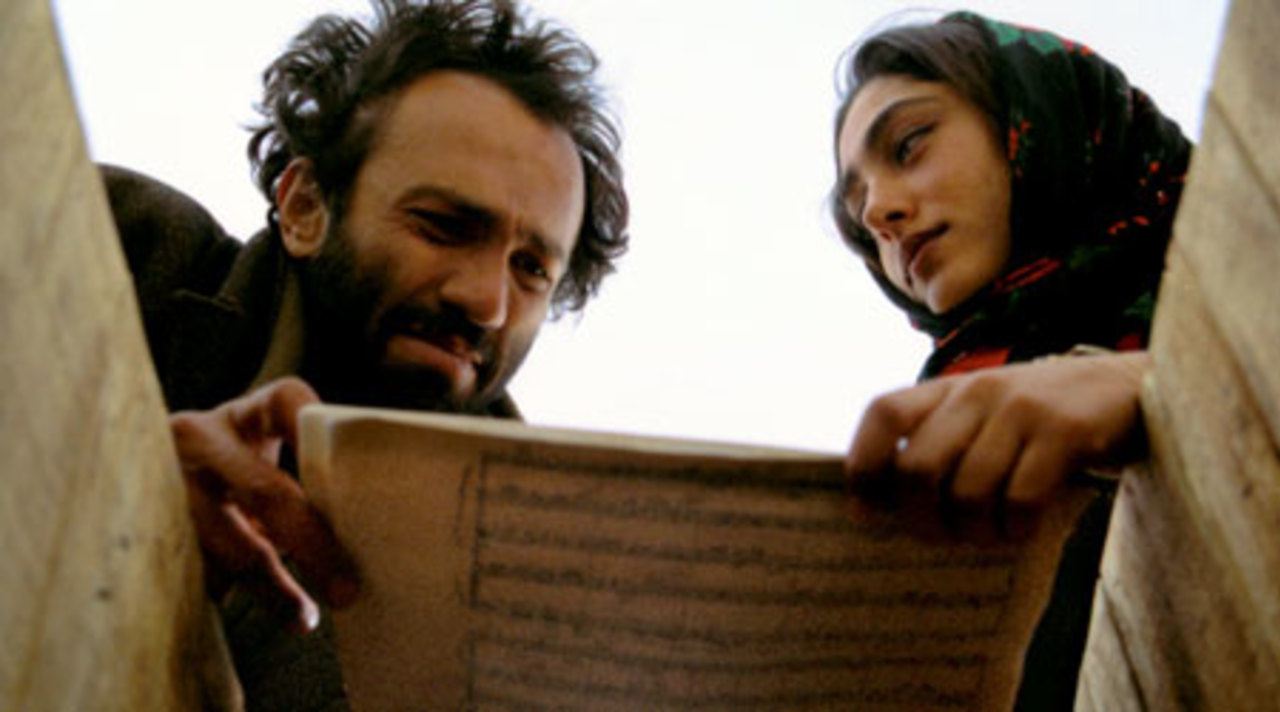 Mamo, a famed Kurdish musician, has waited for decades until the fall of Saddam Hussein would permit him to perform once again in Iraqi Kurdistan. Now, along with his 12 sons and other musicians, he has finally been granted permission to cross the border for the long-awaited performance. Ignoring the warning of one of his sons, who has had a premonition that something awful awaits him before the next full moon, Mamo sets off on his journey. Mamo strongly believes that the essence of the upcoming performance is the celestial voice of a woman. For that role he has chosen Hesho, who lives in a mountain retreat with 1,334 other exiled female singers, all of whom have been silenced since the 1979 revolution when women were forbidden to sing in public. Reluctant to come along for the performance, her self-confidence and voice weakened by years of oppression, Hesho must be carefully concealed on the bus. The journey is filled with difficulties, but Mamo's persistence guides them all toward adventure, emotion and magic. For the 250th anniversary of Mozart's birth, Peter Sellars, artistic director of Vienna's New Crowned Hope Festival, commissioned seven filmmakers from around the world to use Mozart's themes to create new works. Inspired by the composer's “Requiem,” director Ghobadi based his protagonist Mamo on Mozart, seeing parallels between both men at the end of their lives. Half Moon has been banned in Iran, and the director was refused permission for his next project. The film earned the Golden Shell at the 2006 San Sebastian Film Festival. A Strand Release.