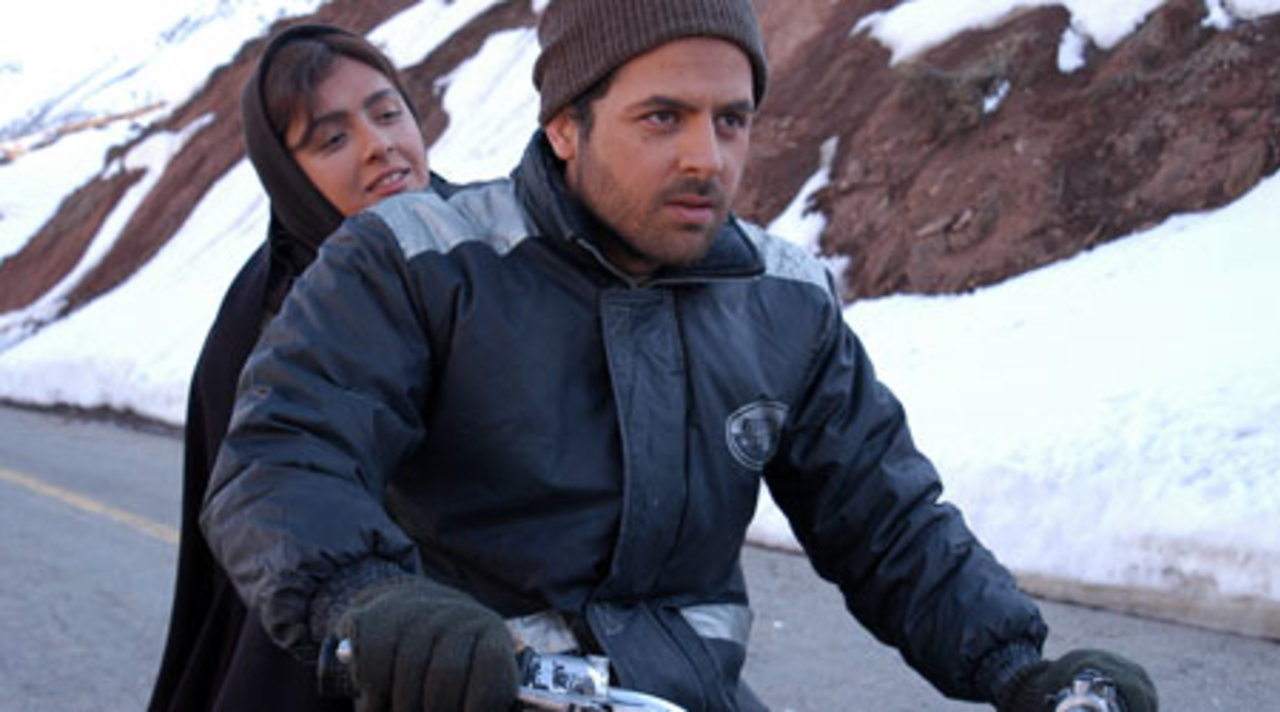 This sophisticated urban drama is a journey through the complex relationships of contemporary urbanites in Tehran, set against the backdrop of the chaotic firework celebrations of the coming Iranian New Year. Rouhi, a young freelance maid who will be married in two days, is sent by her agency to the middle class home of a husband and wife in the throes of a marital meltdown. Mojdeh, a wife on the verge of a nervous breakdown, is convinced her husband is cheating on her with the next door neighbor. She employs Rouhi as a spy, thrusting her into the center of the maelstrom. Farhadi's film unapologetically, and without judgment, delves into the messy lives of contemporary Iranians to reveal the complicated relationships of its three-dimensional characters, beautifully realized by these seasoned actors. Exploring the social hierarchies of Iranian society, he gives us a rare glimpse into the private lives of a people often misunderstood by the outside world. The screenplay (co-written by Mani Haghighi, director of Men at Work, TFF 2006; and Abadan, TFF 2004) reaches deep into the psyche of its characters, creating heartbreakingly explosive scenes, while Farhadi's direction crafts a modern family drama-in which there are no easy answers-that has universal resonance. Fireworks Wednesday reaches beyond the political rhetoric of today's headlines to show us a society of people who must contend with problems not unlike our own. Winner, Gold Hugo, Chicago Film Festival.

ASGHAR FARHADI was born in Isfahan, Iran in 1972. While at school he became interested in cinema, and went on to take courses at the Iranian Young Cinema Society, where he started his career as a filmmaker. In 1998, he graduated from Tehran University with a Master's Degree in Film Direction. Shortly after graduating, he wrote the screenplay for Ebrahim Hatamikia's 2001 box-office and critical success Low Heights. In 2003, he completed his own feature film, Dancing in the Dust, which played at the Moscow Film Festival and won the award for Best Leading Actor, as well as the Film Critics' prize. His second feature, Beautiful City, took the Best Feature Film Award at the 2004 Warsaw Film Festival, the India International Film Festival and Moscow's Faces of Love Film Festival. Fireworks Wednesday is his third feature film.