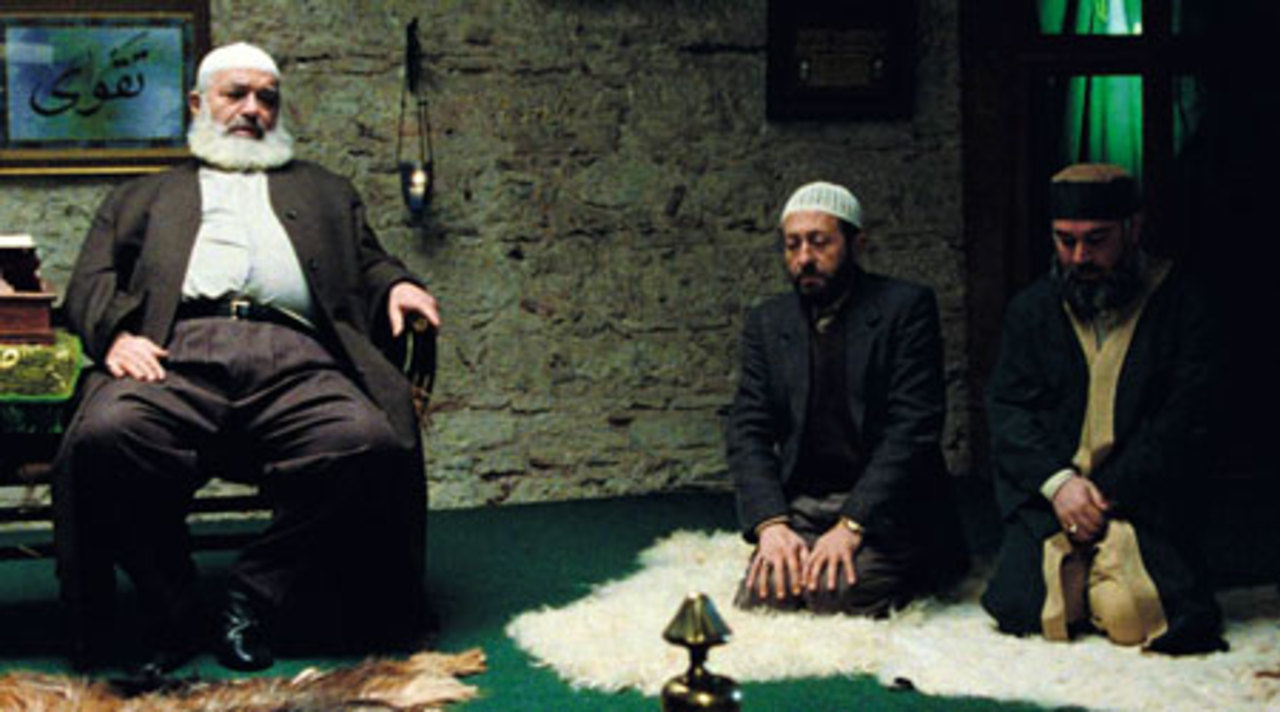 TAKVA - A MAN'S FEAR OF GOD

This extraordinary character study folded into a cautionary tale explores the temptations and struggles of a man trying to live by ancient religious precepts in the contemporary globalized world. Muharrem is a humble, introverted, and extremely pious middle-aged man living alone in Istanbul, for whom women exist only in his erotic dreams. To his surprise, the leader of a rich and powerful religious group asks him to take on the job of rent collector at the many apartments and shops that the group owns. Leaving his solitary life, he moves into the headquarters of the group, where he is given Western-style suits, a cell phone and a car with a driver-all he needs to become a "businessman." With this sudden passage into the contemporary world, his naïve eyes witness hypocritical behavior which he's unable to comprehend, and his fear of God begins to eat away at his senses. In this memorable performance, actor Erkan Can movingly expresses the character's confusion as the film explores the tensions between the two faces of the ancient city, the traditional and the modern, as they come to embody those two conflicting aspects of Islam. Agile camerawork reveals fascinating quarters of Istanbul rarely seen by outside eyes: one particularly vivid scene depicts an ecstatic Sufi ceremony with throbbing music in a stunningly beautiful mosque. Erkan Can won Best Actor at the 2006 Antalya Golden Orange Film Festival in Turkey for his superb performance.

Born in Istanbul in 1963, ÖZER KIZILTAN originally studied law at the University of Istanbul, but left before completing his degree to study cinema and television at the Mimar Sinan University. He has written and directed several television shows and award-winning short films since the early 1990's, including Distress, Caution, Mice, Your Eyes Are The Last Passion Fire of Yesilcam and The Last Birds Too Are Gone. Takva - A Man's Fear of God is his debut feature film.