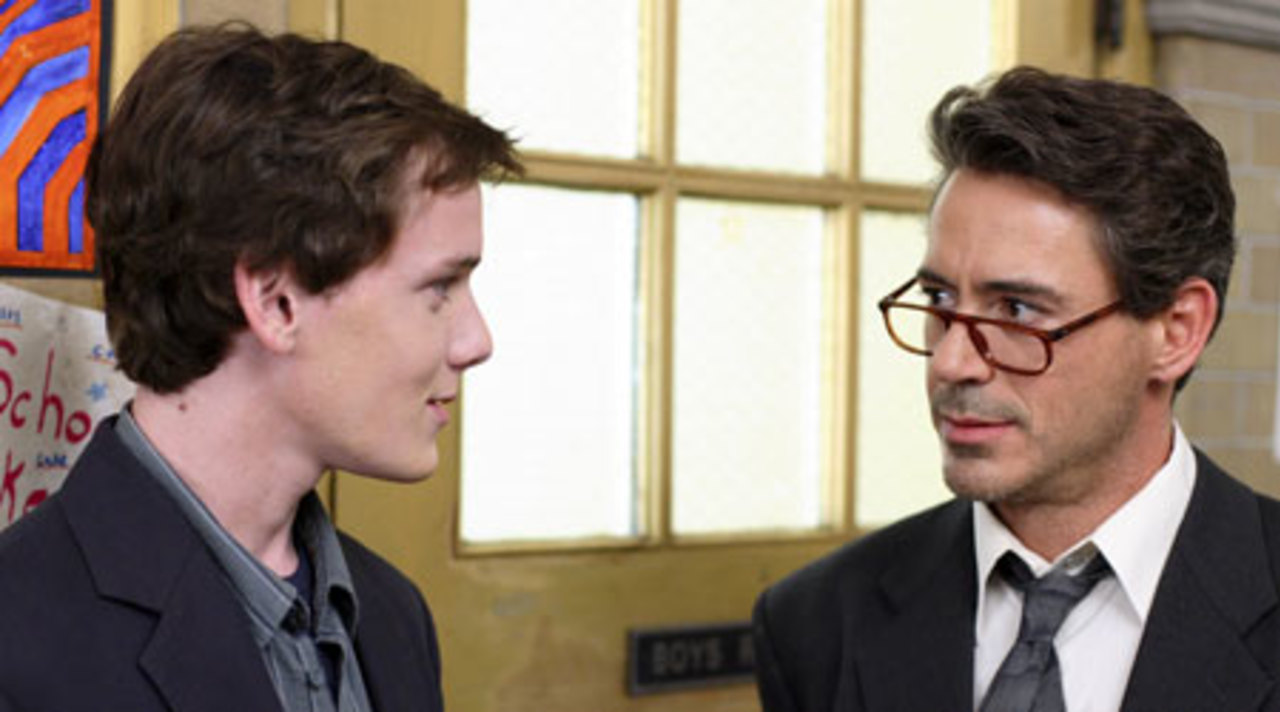 Charlie Bartlett Charlie Bartlett (Anton Yelchin) masters the system in this comedy about an awkward kid who makes his popularity soar. Kicked out of prep school for manufacturing fake I.D.'s, Charlie moves back home to his mother's (Hope Davis) and enrolls in the local public school. Bullied and belittled from the moment he steps onto his first school bus, Charlie soon resorts to his old ways to gain the admiration of his classmates. Living in our pharmaceutical age, he quickly finds that a tidy profit can be made, first by counseling his peers-as the school "therapist"- and then by selling them the drugs his psychiatrists give him. He also meets Susan (Kat Dennings), classmate and daughter of the school's world-weary principal (Robert Downey Jr.), who amazes Charlie with her self-assuredness and confidence. Surrounded by his dysfunctional family, Charlie begins to understand that while he is trying to help the others, he'd better begin to help himself. Jon Poll makes the leap from editor of such comedy blockbusters as Austin Powers: The Spy who Shagged Me and Meet the Parents to assured director, crafting this film with an expert eye. Davis shines as Charlie's rich, eccentric mother, while wonderful performances by Yelchin and the rest of the cast bring this teen-angst comedy to life. A Sydney Kimmel Entertainment/MGM Release.