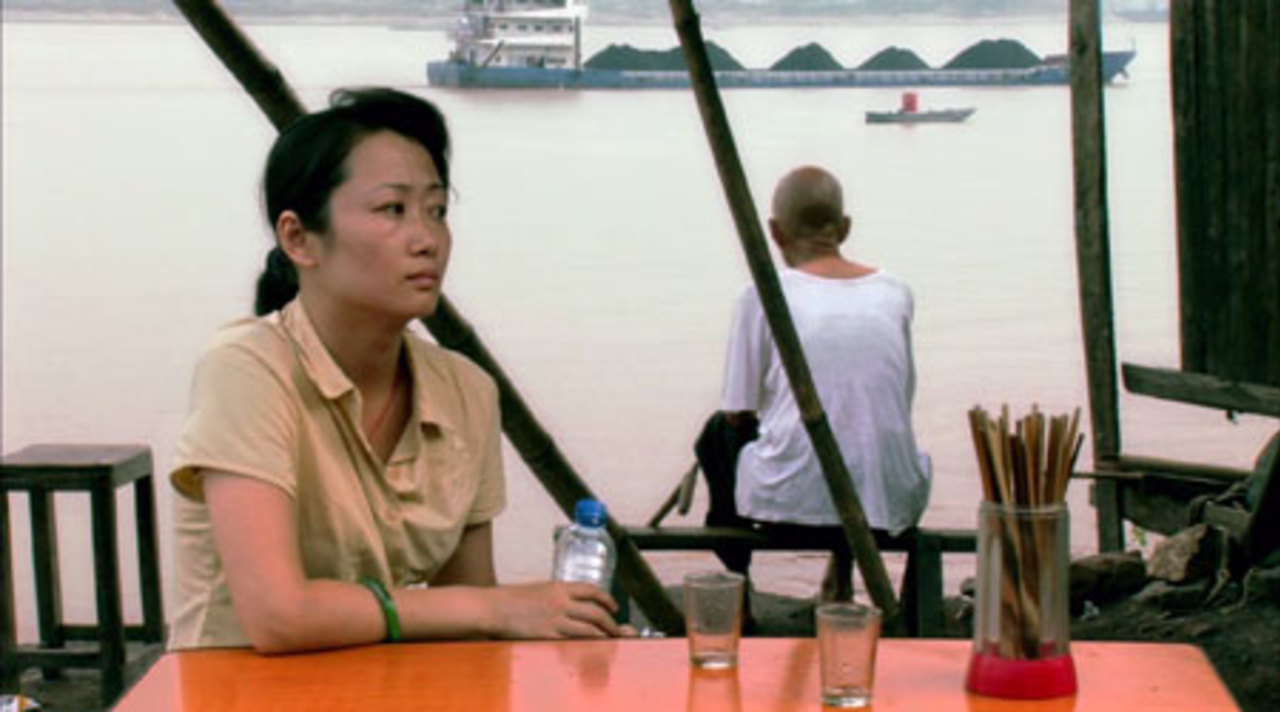 As in The World (2004), which unfolded in a Beijing theme park filled with replicas of global tourist attractions, young Chinese director Jia Zhang-ke stages a prosaic human drama against a metaphorically charged backdrop. The setting is Fengjie, a town on the Yangtze River, progressively undergoing demolition and soon to be submerged by the massive Three Gorges Dam. The story concerns two overlapping quests. Newly arrived in Fengjie, Sanming (Han Sanming, reprising a character seen in two earlier Jia films, Platform and The World) is a coal miner from Shanxi, looking for the wife who left him years ago and the teenage daughter he has never met. Shen Hong (Jia regular Zhao Tao), also in search of a missing spouse, wants a divorce from the husband she hasn't heard from in two years. Jia is often called a neorealist, but naturalism frequently rubs up against artifice in his films, which increasingly reside in a space between documentary and fiction; Still Life's nonfiction companion piece, Dong, shares many of its locations and even a few of its shots. The high-definition video is unnervingly crisp, and cinematographer Yu Likwai often uses slow panning shots to absorb the perverse grandeur of the crumbling ruins, lingering in particular on the figures-in many cases physical laborers-who are navigating this apocalyptic landscape; as if to emphasize the environment's science-fiction quality, Jia even throws in a few whimsical special effects. Stoic but richly humane, this remarkable movie-winner of the Golden Lion at the 2006 Venice International Film Festival-is yet another major progression for a continually surprising filmmaker.