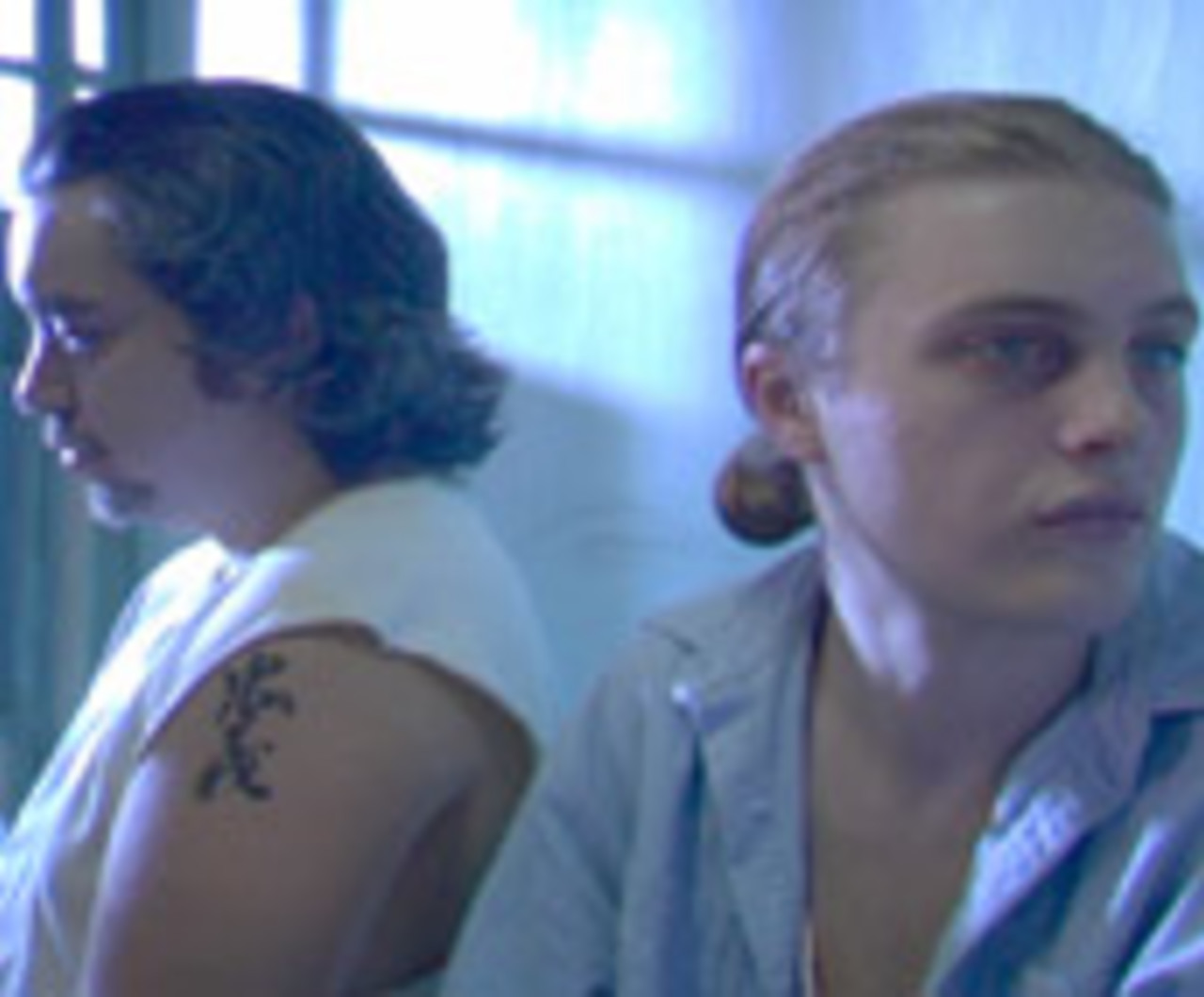 LAByrinth Theater scribe Brett C. Leonard's film debut is an existential nightmare that matches Neal LaBute blow for blow in verbal viciousness and manages to find a poignant if disturbing empathy at its core. Randy commits a victimless crime that would normally get him probation and a hefty fine, but in the "three-strikes" world of justice, he finds himself locked up for 25 years. His cellmate Taylor is a congenial yet remorseless lifer who casually informs Randy that he slit his wife's throat because she slept with another man just three months after they exchanged vows. Randy's boyish fragility makes him an easy mark. Taylor recognizes Randy's fear and offers him advice on how to make it in prison. But it soon becomes clear that Taylor has much more than mentoring in mind as he takes Randy under his wing. Leonard's accomplishment as a playwright shows in the darkly cerebral tone he sets, juxtaposing brutality with the unattainable ideal of intimacy in the harshest of psychological environments. Stephen Adly Guirgis, himself one of LAByrinth's top playwrights (Our Lady of 121st Street, Jesus Hopped the A Train) leaves an impression in his big screen debut as the quietly tyrannical Taylor, and Michael Pitt reveals an impenetrably sad resignation as the innocent who must fend for himself. For these two men so yearning to be anything but who they are and where they are, power is the goal, and it's never clear who truly holds it right up to the last unsettling moment.