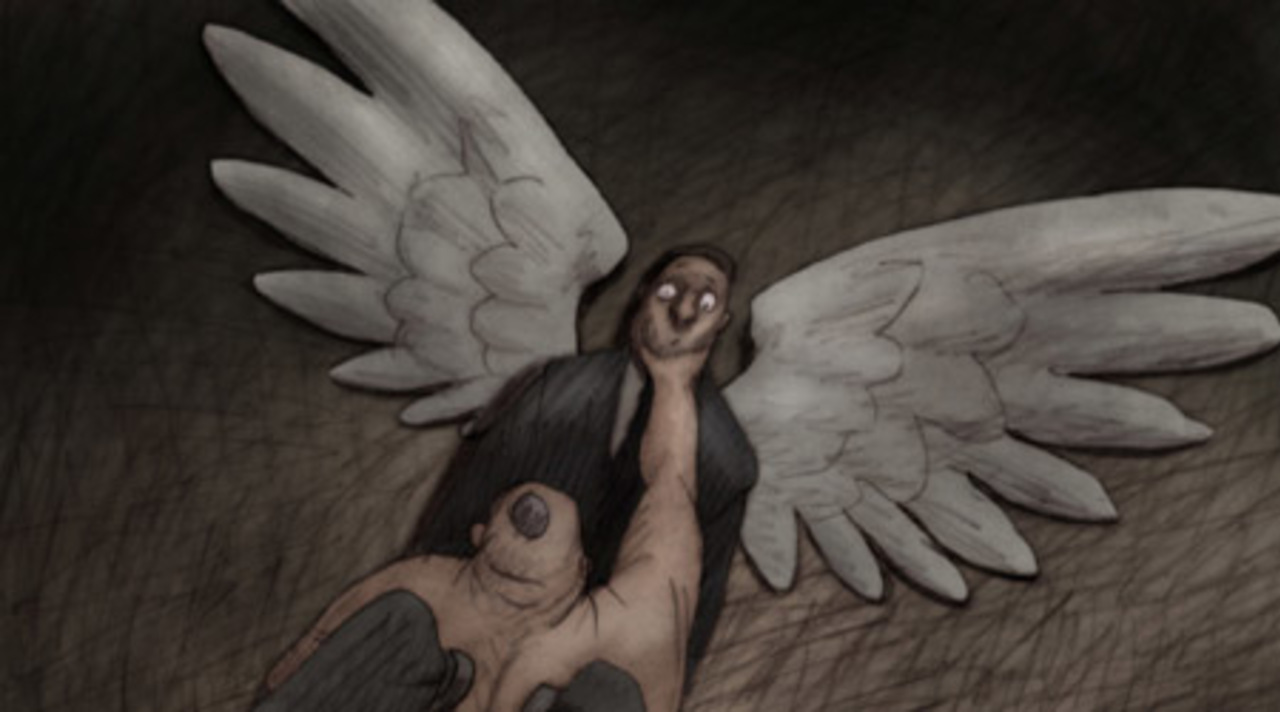 Over the years, animator Bill Plympton has cultivated a rabid following with his inimitable cartoons and illustrations. Two of his animated short films have been Academy Awards® nominees, he has collaborated with the likes of Kanye West and Weird Al Yankovic on music videos, and his drawings have popped up in publications ranging from The New York Times and The Village Voice to National Lampoon and Vogue. With Idiots and Angels, his most provocative work to date, he takes a darkly comic, slightly surreal look at a man torn between good and evil. The story revolves around a boorish businessman who wakes up one day to find angel's wings growing out of his back. To his dismay, the wings compel him to act against his nature, forcing him to perform good deeds and refrain from the angry, selfish impulses that otherwise rule his life. Needless to say, his first instinct is to remove the wings, but each time he attempts to do so, they seem to grow back. Along the way, he encounters a cast of characters that includes a scheming, opportunistic doctor; a pretty blonde with a penchant for salsa music; and a gruff, ill-humored bartender. The story unfolds without any dialogue, allowing Plympton's distinct visual style (in this case, hand-drawn with pencil and paper and scanned for color on a computer) and sardonic wit to take center stage. With an eclectic soundtrack featuring the likes of Tom Waits, Pink Martini, and Hank Bones, Idiots and Angels will undoubtedly ensure additions to the ranks of Plympton's evergrowing fan base.
American Express Insider Center: Enjoy a talk with Director Bill Plympton and a screening of his Canine Triology (Guide Dog, Guard Dog and Hot Dog) on April 29th at 2:30 PM, at the American Express Insider Center, 27 Union Square West. 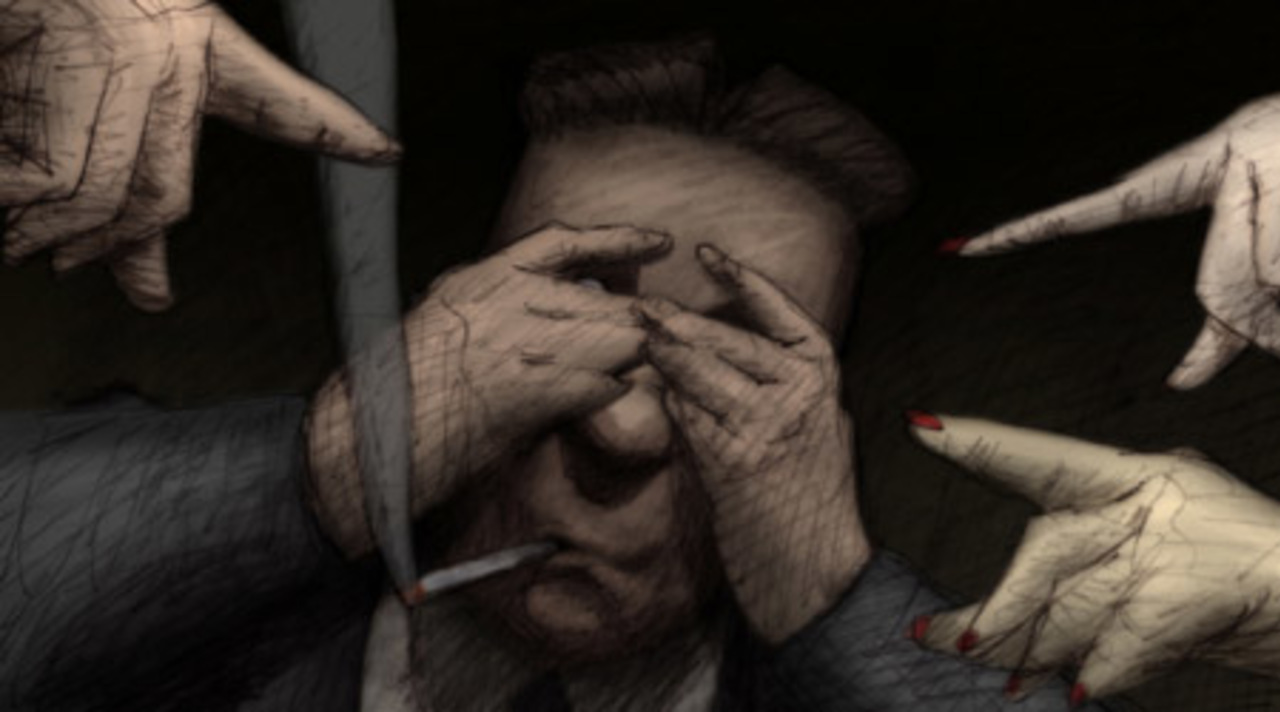 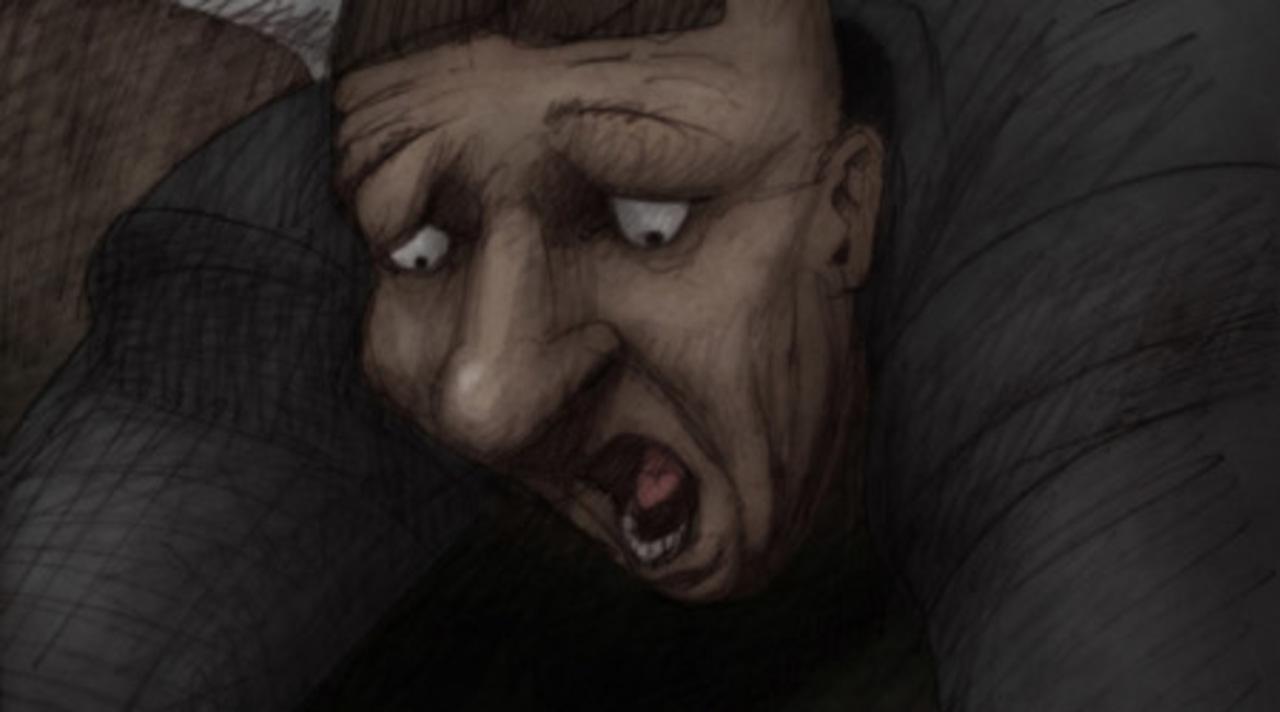 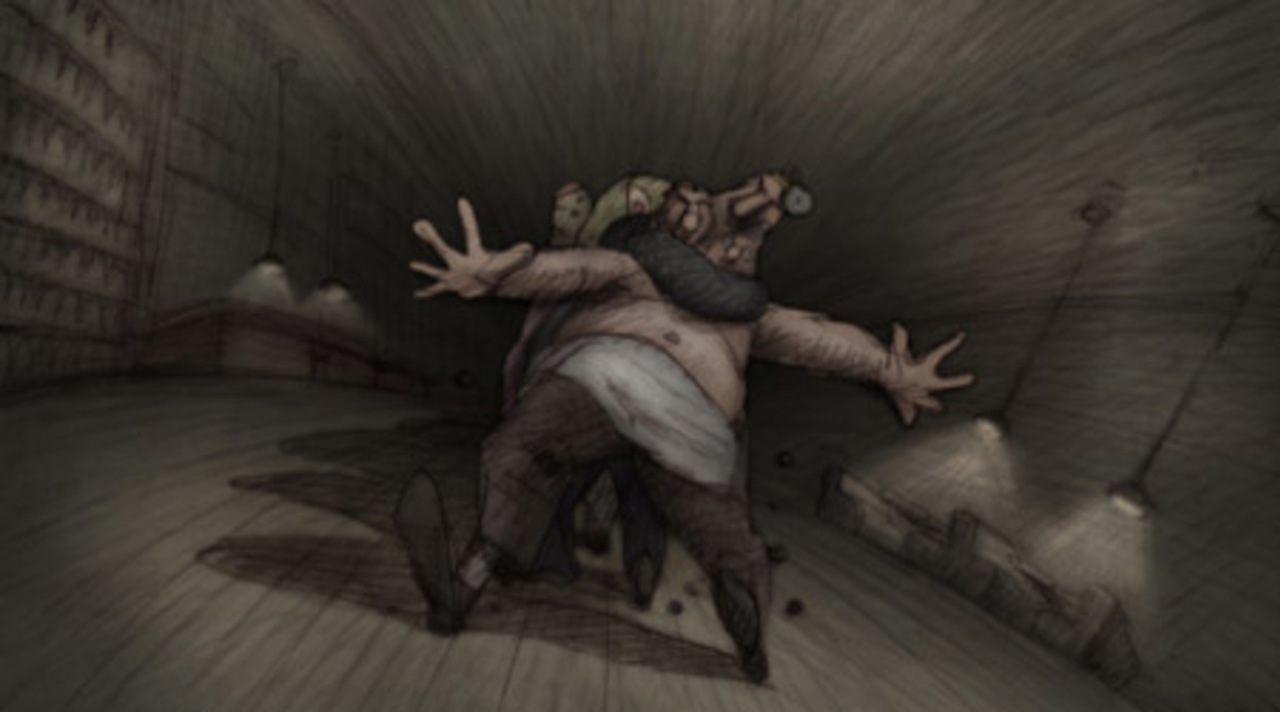 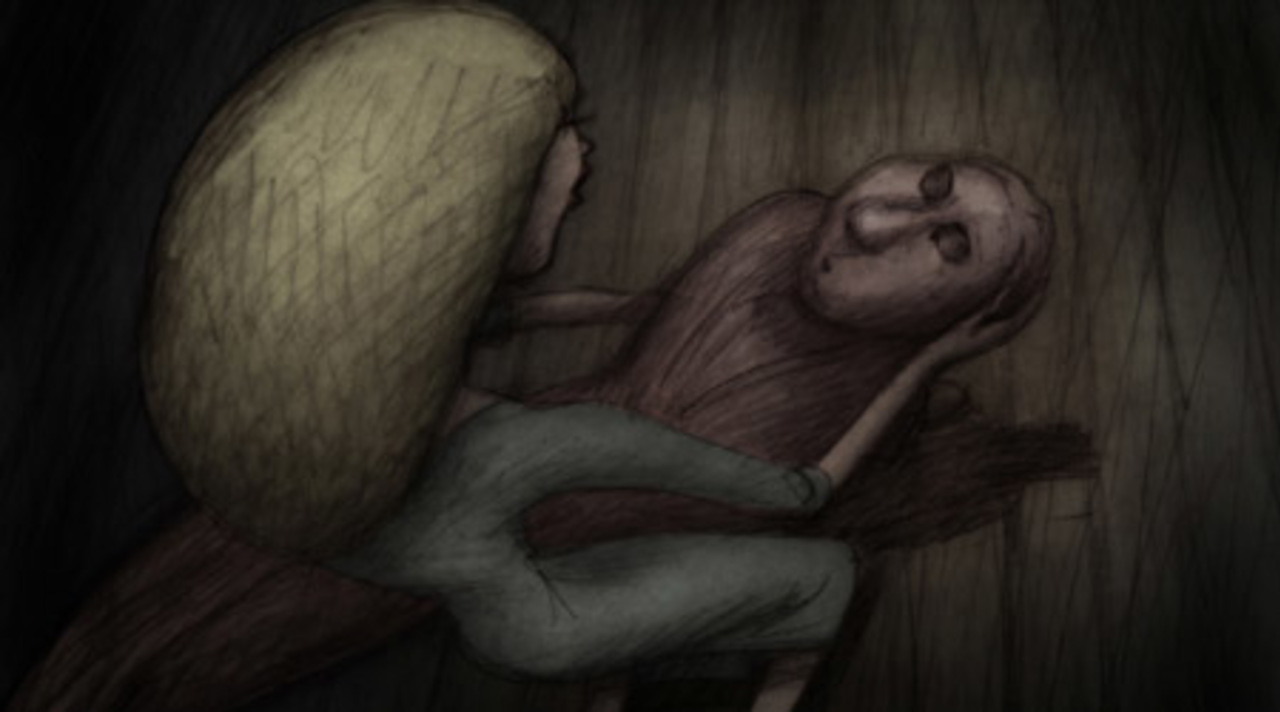 Bill Plympton (b. Portland, Oregon) moved to New York City after getting a degree in graphic design from Portland State University. He began his career creating cartoons for publications like The New York Times, National Lampoon, Playboy, and Screw. In 1997 he was nominated for an Oscar® for the short film Your Face. After producing many shorts that appeared on MTV and Spike & Mike's, he turned his talent to features. Since 1991 he has made seven feature films, five of which-The Tune, Mondo Plympton, I Married A Strange Person, Mutant Aliens, and Hair High-are animated features. In 2005 Bill received another Oscar® nomination, this time for the short Guard Dog.