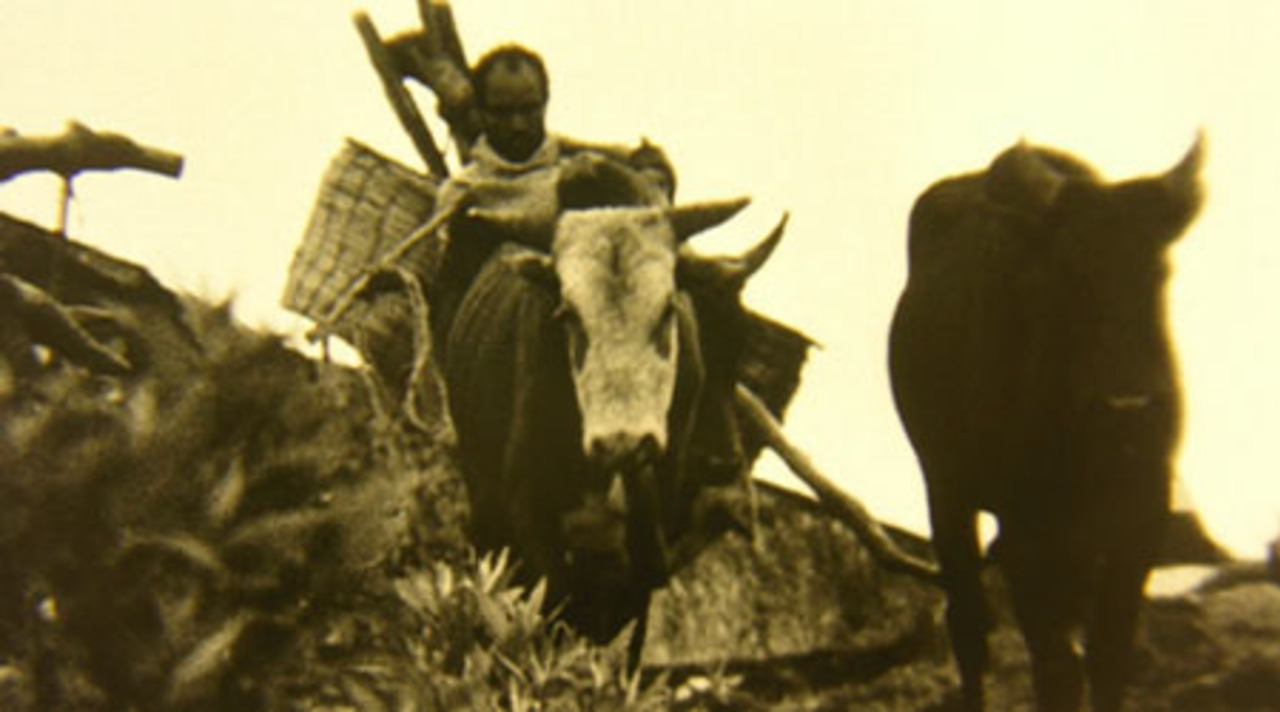 I'm always moved by films made out of necessity, by people who simply had to pick up a camera and tell a story no one else was telling. Particularly when those films are made under challenging circumstances. It's easy for us in the US to take our systems and traditions for granted. Making a movie is always hard, but making a movie in an undeveloped nation, during a state of unrest, for and about people who may have little chance of ever seeing it, is next to impossible. The great Ethiopian filmmaker Haile Gerima came to UCLA to study filmmaking in the early '70s, and it was then that he conceived Harvest 3000 Years. He shot it on black-and-white 16mm, with non-actors speaking Amharic, during two weeks of his summer vacation, on the run and in the midst of a civil war. It was after the overthrow of Haile Selassie and right before a military dictatorship was installed. Difficult conditions, you might say. That sense of monumental effort pervades every frame of Harvest 3000 Years. It has a particular kind of urgency which few pictures possess. This is the story of an entire people, and its collective longing for justice and good faith. An epic, not in scale but in emotional and political scope. I'd like to acknowledge the extraordinary job the Cineteca di Bologna has done in restoring this remarkable film. And most of all, I want to salute the great Haile Gerima, a truly independent filmmaker, and his Harvest 3000 Years.

Presented by the World Cinema Foundation 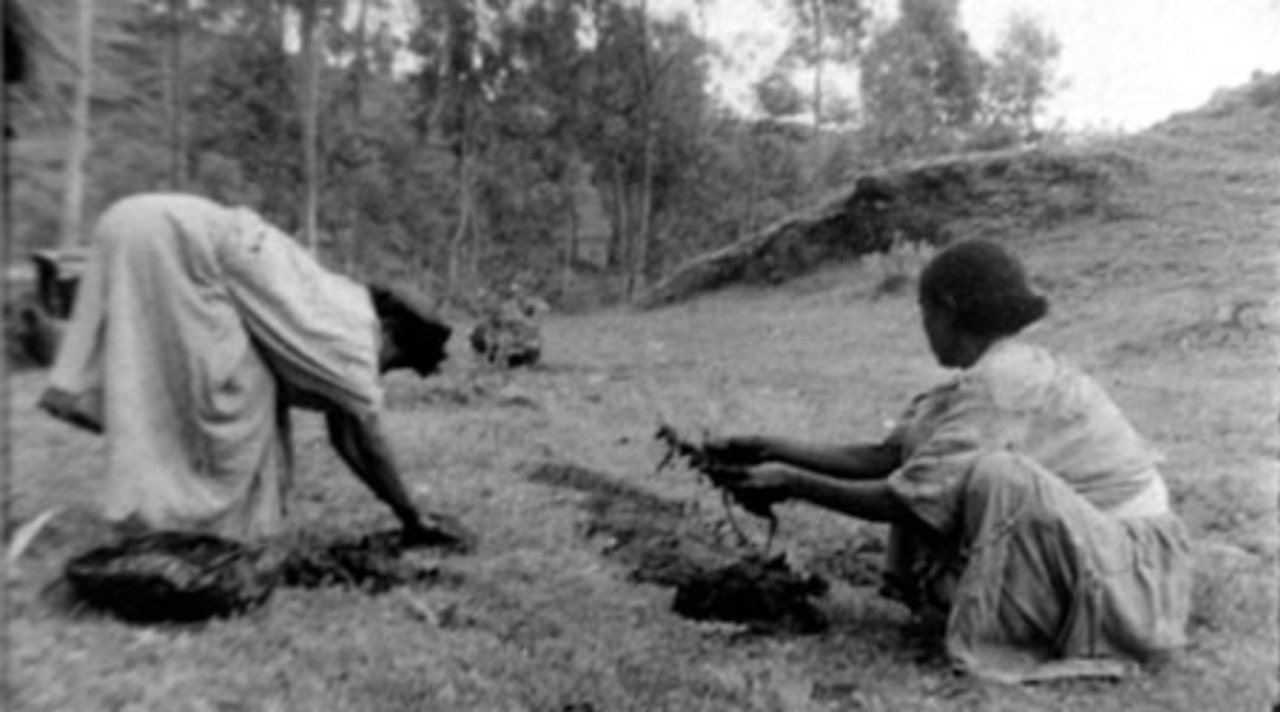 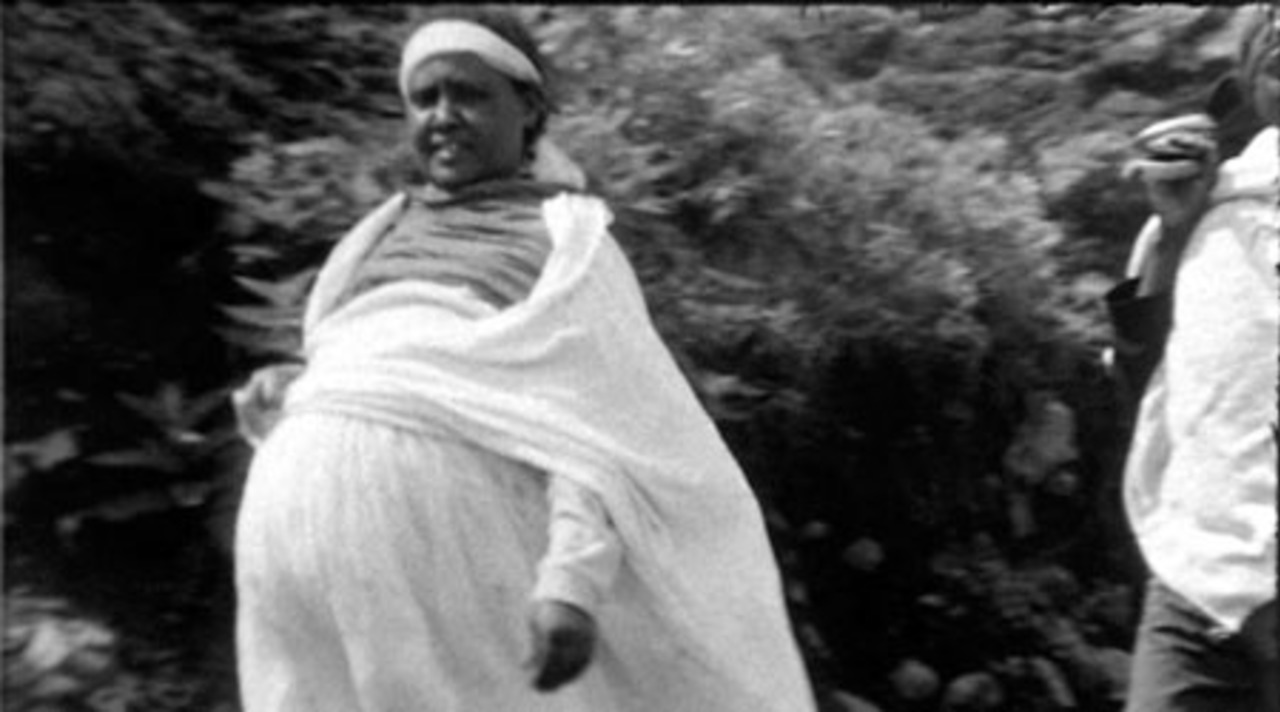 Haile Gerima (b. Gondor, Ethiopia, 1946) came to the United States to study acting and directing at the Goodman School of Drama in Chicago and then at UCLA, where he earned a BA and a MFA. He shot Harvest 3000 Years in only two weeks, but it took him more than a year to complete its editing. The film won numerous international awards, including the Silver Leopard at the Locarno International Film Festival. His subsequent films include Bush Mama (1976), Ashes and Embers (1982), and the documentary After Winter: Sterling Brown (1985). When he found it almost impossible to get his film about the enslavement of Africans in the US, Sankofa (1994), exhibited in US cinemas, he expanded Mypheduh Films, the distribution company he had founded 10 years earlier, with Sankofa Films, which now distributes this and many other works through the internet. Gerima is Professor of Film at Howard University, where he has taught since 1975.