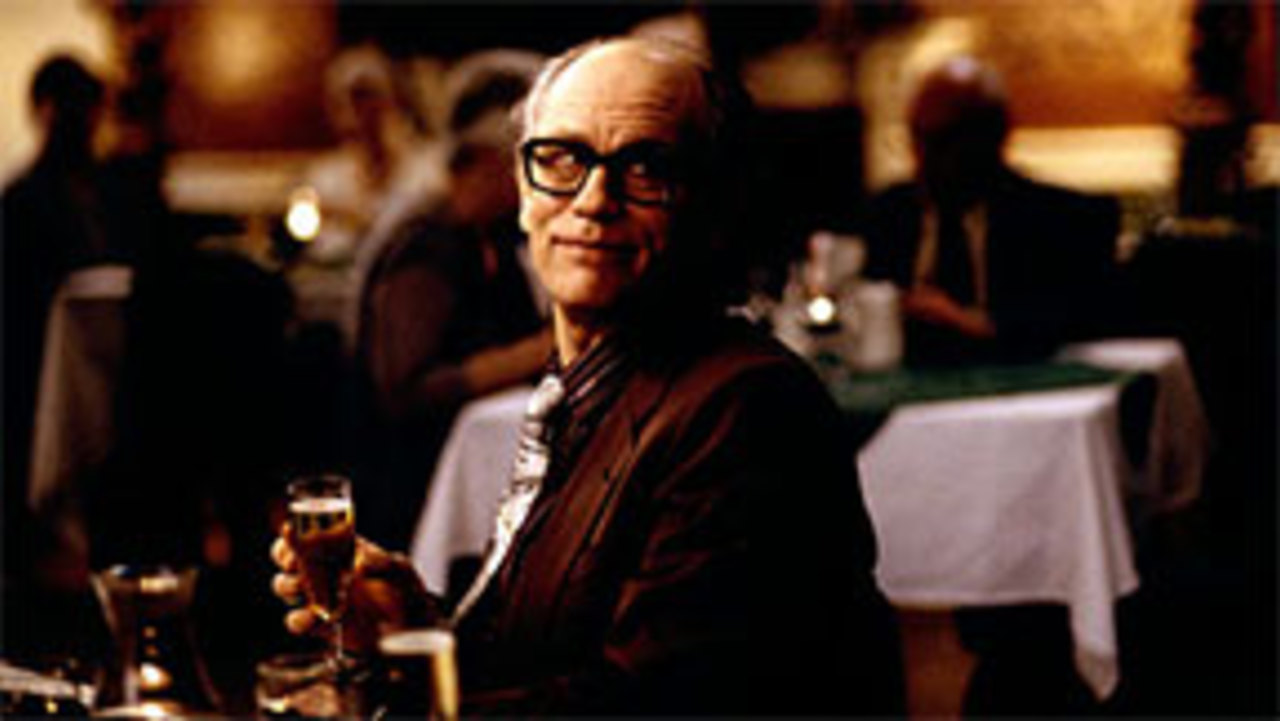 Toward the end of his life, Stanley Kubrick found himself increasingly vexed by the antics of an impostor who cut a swath through London, passing himself off as the acclaimed director. His success was founded not only on boundless chutzpah but also on the fact that Kubrick's real face and voice were practically unknown since-like Terence Malick and Chris Marker-he remained one of filmdom's few stubborn holdouts in the Fame Game. Although director Brian Cook and screenwriter Anthony Frewin have both collaborated with Kubrick for decades, what ultimately winds up on the screen has little to do with the actual filmmaker and everything to do with portraying the astonishing depths of human credulity, especially when provoked by the presence of a celebrity. Alan Conway, the man who turned out to be the perpetrator of the long-running hoax, is brought uproariously to life by John Malkovich. In a jaw-dropping tour de force, the star leaves no regional American accent or campily outlandish costume unturned. He stops at nothing in depicting Conway's shameless character, whether he is cadging a few quid for cab fare or pulling off even more outrageous scams. As producer Michael Fitzgerald notes: "The film has three hidden messages. One, anyone can be Stanley Kubrick. Two, all crimes perpetrated in the name of celebrity will be rewarded by celebrity itself. Three, if you ever meet a celebrity, watch your wallet."

After working closely with Stanley Kubrick for over three decades, director Brian Cook makes his directorial debut with Colour Me Kubrick. Cook began his illustrious career in film as the assistant director on Barry Lyndon (1975) and The Shining (1980). Throughout the 1980's and 1990's, he continued to work as an assistant director, and later as the first assistant director, on a number of high-profile and big-budget films including Mel Brooks' History of the World: Part I (1981), Robert Benton's Billy Bathgate (1991), John McTiernan's Last Action Hero (1993), and Sean Penn's The Crossing Guard (1995). In 1998, he reunited with Kubrick to serve as the coproducer and first assistant director on Eyes Wide Shut (1999).