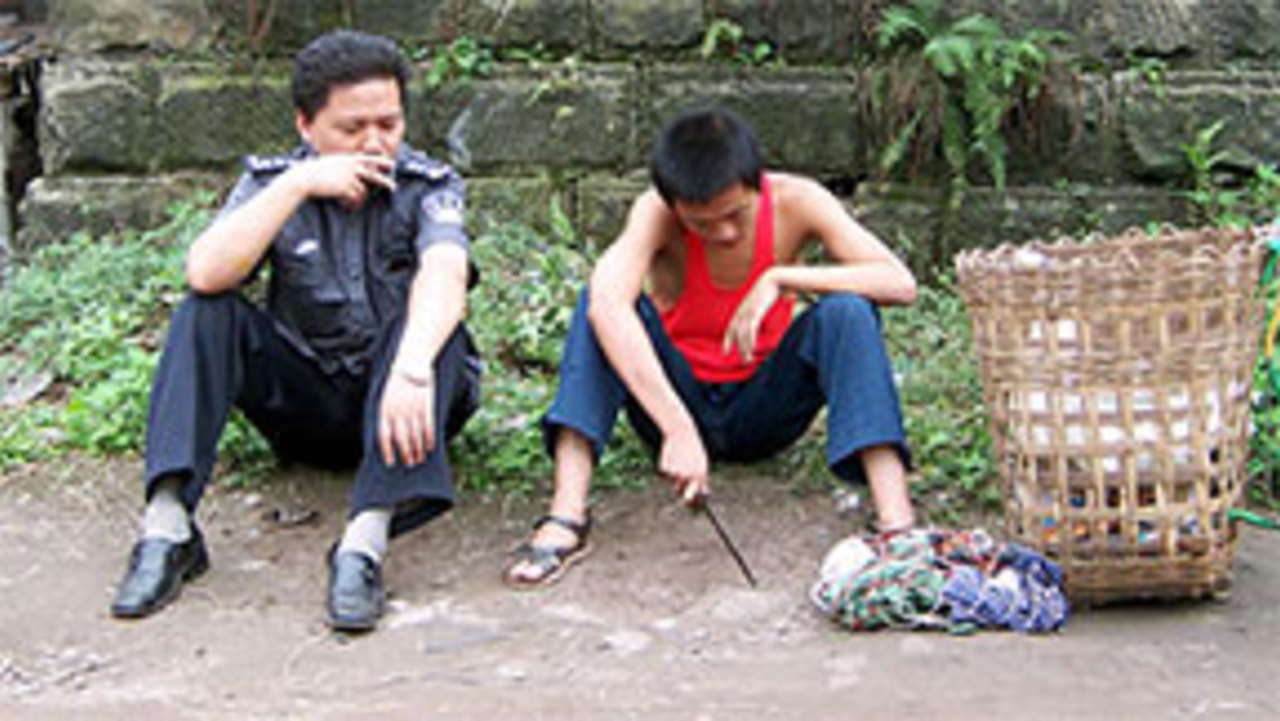 Xu Yun (Xu Yun), a 17-year-old from rural Sichuan, has traveled to the city of Zigong with nothing but a basket of geese on his back to find the father who abandoned his family six years ago. His last return address was the Happiness Hotel at No. 16 East Happiness Street, but the hotel has been torn down to make way for new construction. In his search for his father, he is befriended by two father figures: a burly thug named Scar (Wang Jie), who teaches him how to eat watermelon like a man, and a policeman (Liu Xiaopei), who shows him Zigong's more bucolic attractions. But there isn't much time for sightseeing, since the city is under the grip of a flood warning and everyone must evacuate within 24 hours. Ying Liang's super-low-budget first feature, consisting almost entirely of carefully composed static shots in which the action moves in and out of the frame and often takes place in the background, is both formally rigorous and slyly funny. The soundtrack is just as ingeniously composed: a mix of traffic noises, hip hop, police warnings, and radio propaganda broadcasts, along with a plaintively sung score by Zhang Xiao. With Xu Yun's own village slated for relocation as part of a flood control project and an eleventh-hour announcement from the 16th Communist Party Congress, it is clear that Ying and coscreenwriter Peng Shan have more on their minds than a simple tale of a country mouse in the city.