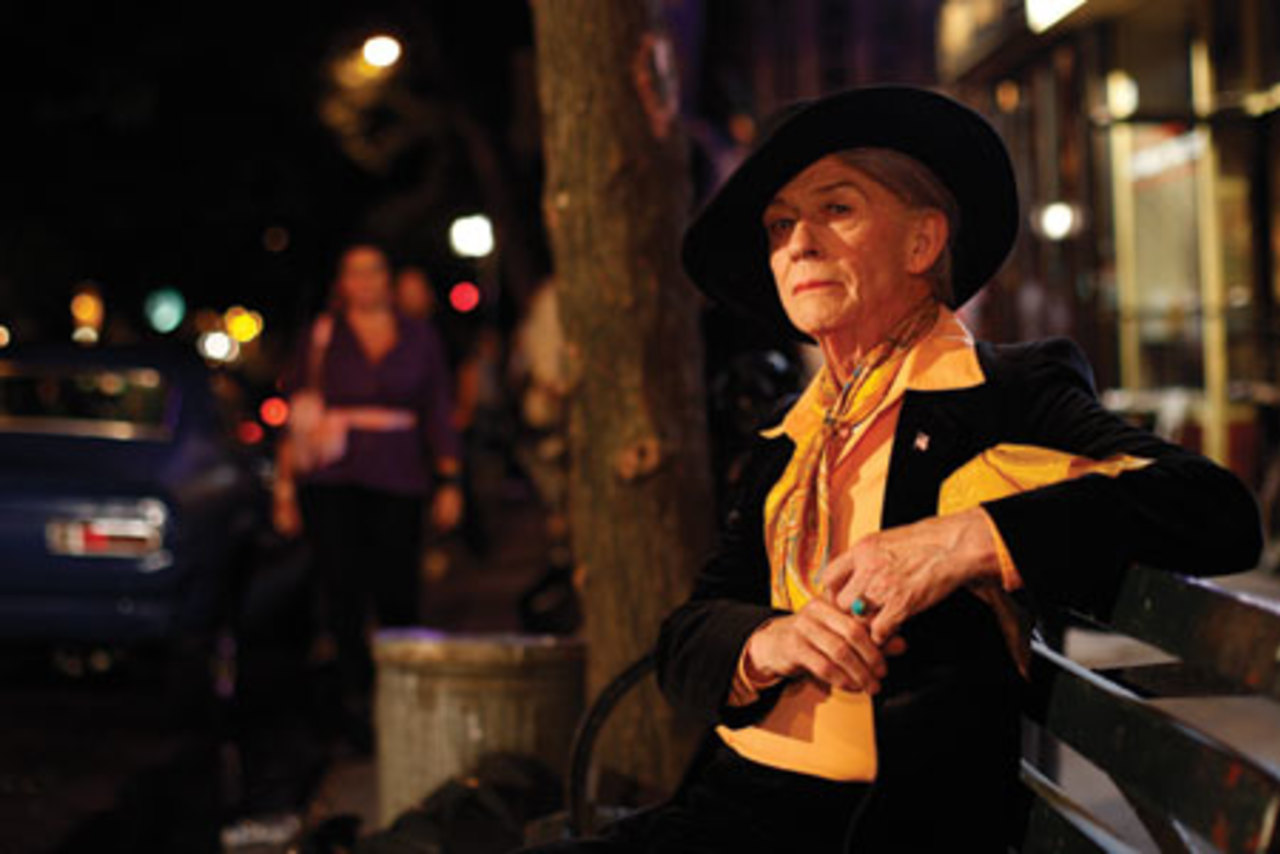 AN ENGLISHMAN IN NEW YORK

"Be yourself no matter what they say," said Quentin Crisp, the English writer and raconteur who rose to iconic stardom after the publication of his 1968 memoir, The Naked Civil Servant. Crisp's celebration of queer sexuality, defiant exhibitionism, and eyebrow-raising gender-bending drew admiration and curiosity alongside hostility and violence. The 1975 film that followed only increased Crisp's celebrity and made a star out of the actor who portrayed him, John Hurt. Now, more than 30 years later, Hurt revisits the role as director Richard Laxton constructs a portrait of Crisp's later life in New York, where he moved in 1981 at the age of 72.

In this smart, sensitive drama, Laxton traverses the East Village and the legendary corners of gay culture, eliciting nostalgia while capturing the shifting sensibilities within New York's gay and lesbian community during that pivotal era. After initial outpours of adulation from celebrities and artists, Crisp's insightful, witty, and sharp comments begin to cut against him as fears heighten in response to the first outbreak of AIDS. Hurt's heartfelt and deeply embodied reprisal of the role is astonishing throughout, and Cynthia Nixon (as Penny Arcade), Swoosie Kurtz, Jonathan Tucker, and Denis O'Hare colorfully round out the excellent supporting cast.

Richard Laxton (b. 1967, London) began his directing career in 1993 with his short I Bet It Will Rain. Richard went on to gain substantial recognition with his BAFTA-nominated television dramas The Riff Raff Element, Band of Gold, and A Wing and a Prayer. Richard made his feature film debut in 2006 with Life and Lyrics and went on to direct Grow Your Own, Free Agents (for Big Talk/Channel 4), and Hancock & Joan for World/BBC. Laxton is currently developing the features Samuel Mapp and Effie, written by Emma Thompson.