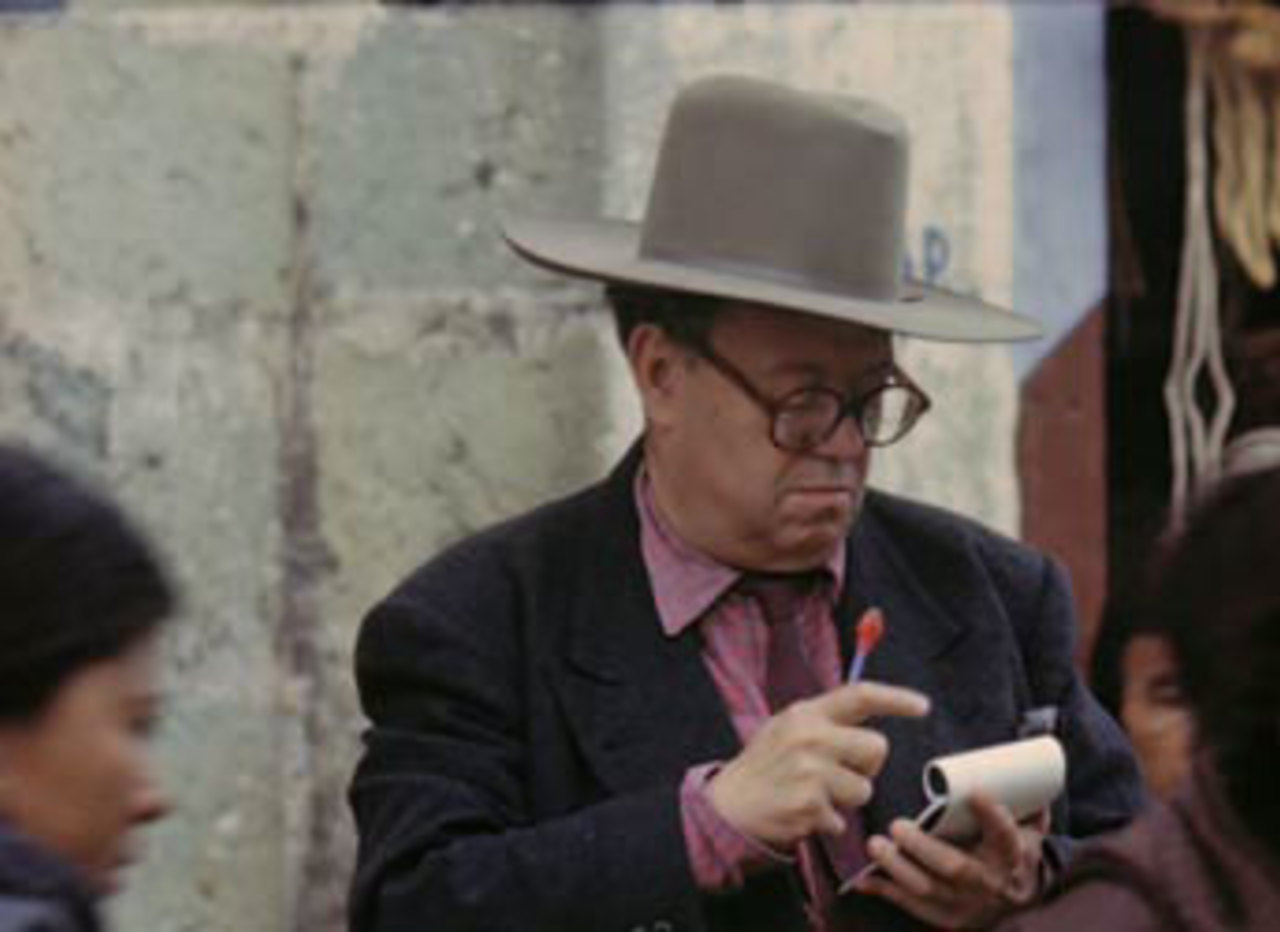 A PORTRAIT OF DIEGO: THE REVOLUTIONARY GAZE

The great muralist Diego Rivera's huge frescoes exemplify his vision of the landmark moments in the history of Mexico. The same can be said of the work of two of his countrymen, renowned cinematographer Gabriel Figueroa and celebrated photographer Manuel Álvarez Bravo. So when Figueroa proposed that all three collaborate on a documentary commemorating the 50th anniversary of Rivera's work, it seemed a project that could exemplify perfectly the remarkable flourishing of film, painting, and photography in Mexico at that time. Figueroa would produce the film, Álvarez Bravo would take on the unaccustomed role of cinematographer, and Rivera would allow himself for the first time to be photographed while at work. But Rivera died in 1957 before the film could be completed and the footage remained forgotten until recently, when Figueroa's son and Rivera's grandson embarked on a new collaboration to bring this long-dormant project to fruition. In the beautiful film that results, some of the 50-year-old footage plays, as one commentator notes, like Rivera paintings in motion. Young girls drift across the screen, arms overflowing with calla lilies. A succession of formally composed shots depict Rivera as a mysterious, other-worldly figure. Clips from Figueroa's memorable black-and-white films bring back some of classical Mexican cinema's most remarkable images. Intercut with the older footage is trenchant commentary about the work of all three men, offered by the two filmmakers and the daughter of Álvarez Bravo, whose roundtable conversation performs a kind of emotional archeology, excavating-without any dust-the shared artistic vision that first brought three artistic titans together more than half a century ago. 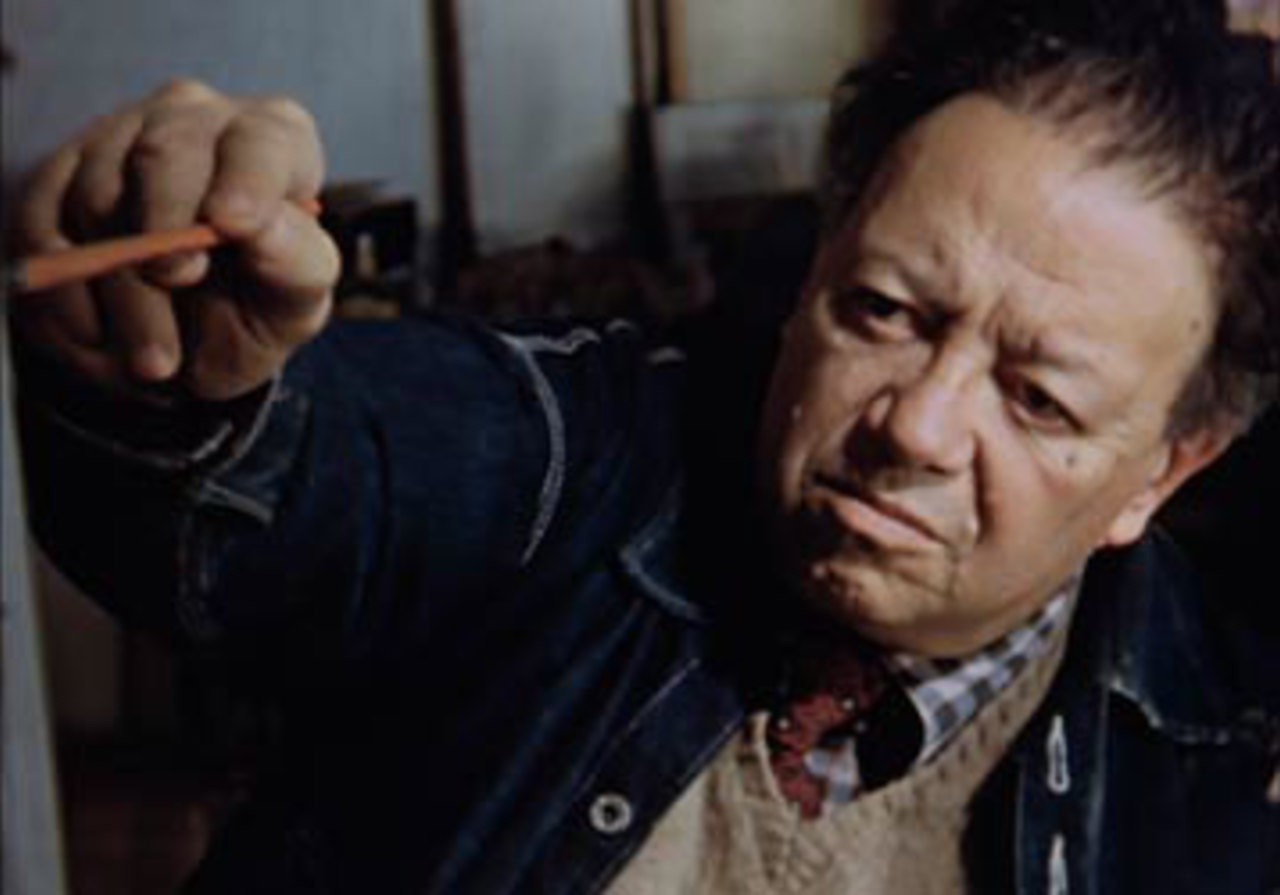 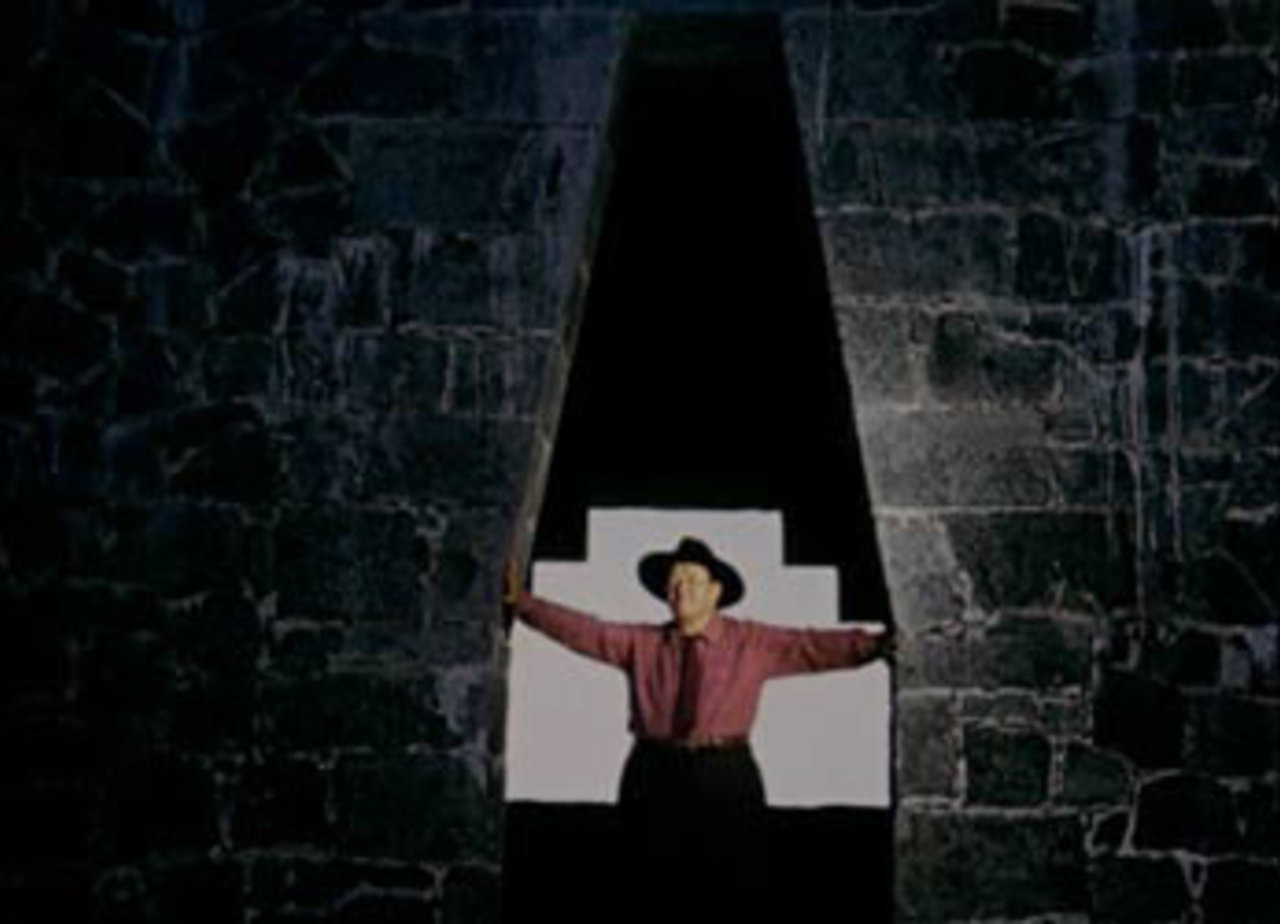 Diego López re than 25 years. He has been director general of Churubusco Azteca Studios and of the Mexican Cinematography Institute. He was also president of the Mexican Academy of Cinematographic Arts and Sciences. His films Crónica de Familia (1985) and Goitia, un Dios para sí mismo (1988) received several Ariel Awards from the Mexican Academy of Cinematographic Arts and Sciences including best film, director, original story, script, and photography. Gabriel Figueroa Flores earned a BA in photographic arts from Westminster University in 1977. He is the author of several books, including Sinaloa (1986), Archipiélago Revillagigedo, la última frontera (1988); and 500 años de Baja California (1997). He worked as cinematographer on the film Demasiado Amor (2000).