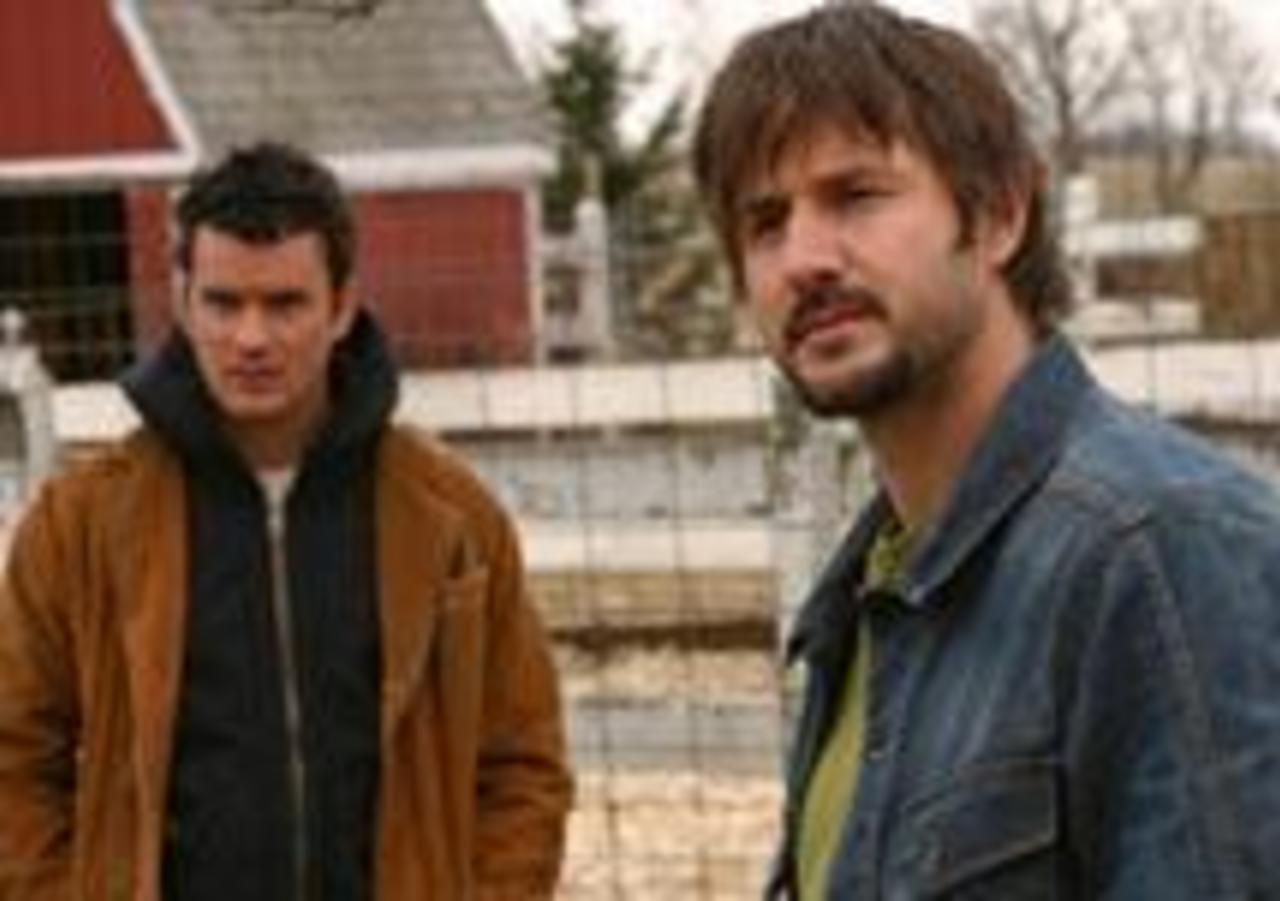 "Drifter" rhymes with "grifter" in Jay Alaimo's gritty drama about two career criminals (David Arquette and Balthazar Getty) who look to seduce and then steal from a succession of high-toned suburban "hockey moms." It's late winter in tony Fairfield, Connecticut (a milieu the director knows well; he grew up nearby). Kids are playing ice hockey. Well-preserved mothers watch from the stands, while their high-earner husbands are off diddling their mistresses or drowning their sorrows in a hotel bar somewhere on one of their endless business trips. Enter Ash (Arquette) and Taylor (Getty), a pair of enterprising, if somewhat dim, crooks who hatch a scheme to get their freak on and score some WASP-sized bling in one fell swoop. Face man Taylor works his magic on bored Karen (Julianna Margulies), while the more unsavory Ash cleans up with her best friend (Joely Fisher). Plans appear to be proceeding apace, until Karen's equally jaded Ivy-educated daughter April (Thora Birch) enters the picture. Desperate to avoid being sucked into the empty life her mother is living, April-somewhat paradoxically-forms a bond with her lover. It's the kind of bond that could as easily end up a liberating escape or a violent demise, and it brings the simmering tensions between Ash and his partner irreversibly to the fore. Alaimo directs with a sure hand, while Arquette delivers a memorable performance full of menace and amorality. Slingshot offers a portrait of the unpleasant underbelly of suburban life moviegoers won't soon forget.