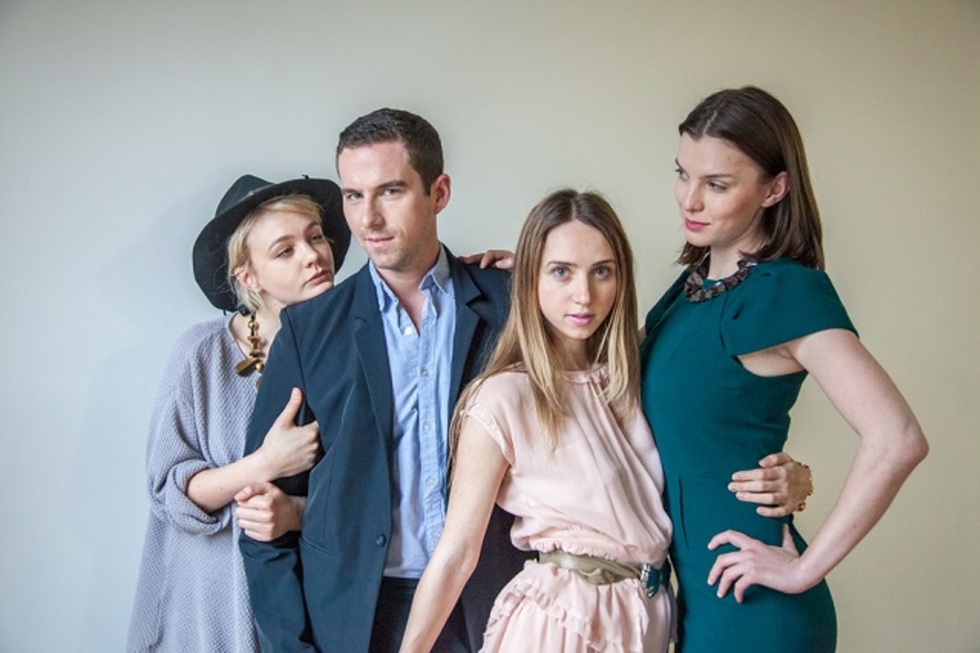 A few years ago, out writer-actor Rightor Doyle created The Walker, a comedic web series that is only now making its debut today on Refinery29 as part of the lifestyle company's new "R29 Originals." The show loosely, humorously, and exaggeratedly depicts Doyle's own real-life experiences as a BFF to the Stars, which sounds, admittedly, like an understandably improbable title — that is, until you realize the actual extent of actresses who enjoy Doyle's loyal company, many of whom appear in the eight-episode series, which is itself a veritable treasure trove of seemingly every young actress of note.

The Walker is one of the latest projects that's slyly scrutinizing the stock character standby of the Male Gay Best Friend, that tried-and-true staple of the mainstream comedy. You know the type: he's frequently the star’s sissy-ish, slapsticky best friend (i.e. Sean Hayes on Will Grace) or the oddly de-sexed and supportively sidelined bachelor with the hilarious one-liners (i.e. Rupert Everett in My Best Friend's Wedding). Oftentimes, they're the pitifully underdeveloped butt of someone else's lame joke or else just toted around like a pet on the arm of some romcom blonde (i.e. roughly 97% of every studio comedy released in the past twenty years).

But as audiences have begun to crave queer representations that are honest and entertaining, funny and proud, the Gay Best Friend has begun to receive all sorts of varied, subversive, and occasionally transcendent treatments, with mixed if at least inspired results, in films like Mean Girls, The Perks of Being a Wallflower, Scott Pilgrim vs. the World, and G.B.F., a 2013 Tribeca Film Festival selection. But strides are most consistently being made within the altogether more progressive terrain of television, on shows ranging from HBO's Looking and Netflix's Unbreakable Kimmy Schmidt to BBC's Orphan Black and ABC's The Middle. (The stereotype also received a hilariously memorable skewering in the popular Second City web sketches Sassy Gay Friend.)

Whether or not Doyle's series will emerge as a particularly popular or even memorable entry within this flawed but evolving canon remains to be seen. But pushing this continually backgrounded figure into the long-elusive spotlight at least feels like a positive step in allowing all artists and audiences that rare privilege of seeing and being seen for who they really are. It's a small step. But it's progress.

Watch the trailer here and see the entire series here.