Home » Tribeca News » Brooklyn is Literally Hell on Earth in THE SENTINEL, This Week's Most Must-Own New Blu-ray Release
View All News

Brooklyn is Literally Hell on Earth in THE SENTINEL, This Week's Most Must-Own New Blu-ray Release 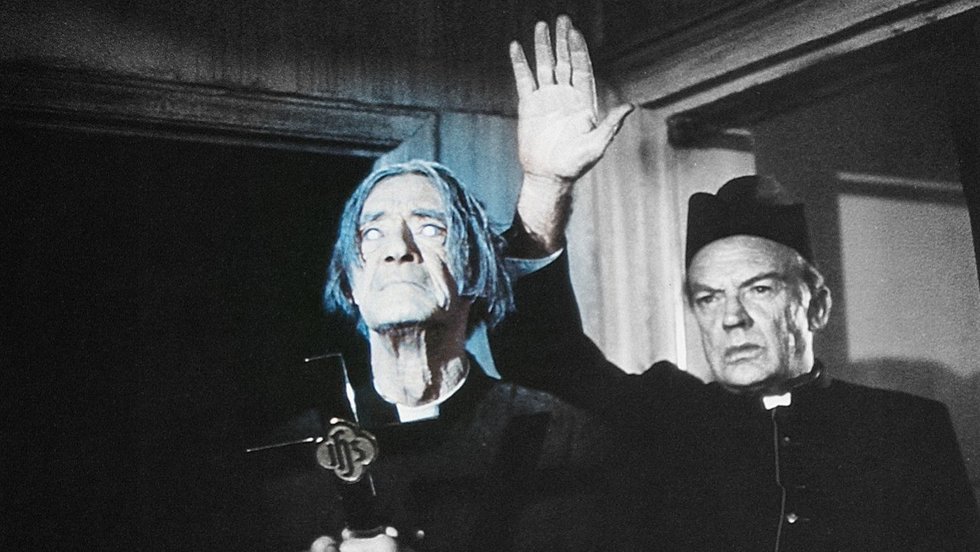 New York City's horror movie history runs deep. For proof, take a trip throughout the Upper West Side's scary cinema locations with us here, and that’s just a small sampling. The thing about NYC's horror legacy, however, is that the films have predominantly been set in Manhattan, with only a few outer-borough exceptions. The Bronx has the gritty 1981 werewolf film Wolfen; over in Staten Island, there’s Brian De Palma’s morbidly perverse 1973 classic Sisters.

But what about Brooklyn? Jacob’s Ladder is partially set within BK, but the borough isn’t ground-zero for the film's psychological terror. And the less said about the late Wes Craven's disastrous horror-comedy Vampire in Brooklyn, the better. To find horror’s greatest excursion into the area that gave us Biggie Smalls, Jay Z, Woody Allen, Michael Jordan, and Mel Brooks, you would’ve needed to look towards the fringes prior to this week, but thanks to the hard-working, genre-loving folks at Scream Factory, you can now simply head down to your nearest DVD/Blu-ray seller or commence online purchasing.

Yesterday, Scream Factory released the first legitimate Blu-ray of The Sentinel, the 1977 supernatural horror flick directed by Death Wish franchise overseer Michael Winner. Its selling point is, in a word, brilliant, especially for anyone who's ever complained about the L train or wishes they could pimp-slap the Williamsburg hipsters crowding the lines at their local organic food market:

Brooklyn is home to the Gates of Hell.

Based on author Jeffrey Konvitz’s 1974 novel of the same name, The Sentinel was Universal Pictures' attempt to capitalize on the '70s-era successes of movies like Rosemary’s Baby, The Exorcist, and The Omen. Its plot is basically Rosemary’s Baby 2.0.: fashion model Allison (Cristina Raines) moves into a Brooklyn Heights brownstone as she’s dealing with severe neuroses, stemming from childhood traumas, and a boyfriend (Chris Sarandon) who keeps putting off her marriage requests. Her neighbors in the new apartment building are, to put it lightly, totally bug-nuts—their idea of socialization is to throw a birthday party for a cat. The cat looks as confused as the film’s viewers do:

The only neighbor Allison isn't able to meet is Fr. Halliran (John Carradine), a recluse who lives in the top apartment and never leaves there. His isolation is justified, though—the aforementioned Gates of Hell tare smack-dab in Brooklyn, and it's up to the blind Fr. Halliran to keep watch over the entrance. By the film’s end, those gates do, of course, open up, and what exits are of the see-it-to-believe-it kind of batshit crazy: Winner cast real-life, deformed sideshow performers to play Hell's demons (led by Burgess Meredith's character, who's also the owner of Birthday Cat). Morally objectionable? Absolutely. Undeniably creepy? You bet your ass.

And that's arguably not even the craziest thing about The Sentinel. Wait until you see what Allison’s father did to make her so imbalanced, and how co-star Beverly D'Angelo's character introduces herself.

The bottom line: this movie is perhaps the oddest thing to ever come out of Brooklyn. (Yes, it's even odder than Mike Tyson.)

If you're the type of adventurous cinephile who appreciates incomparably unhinged filmmaking, do yourself a favor and blind-buy The Sentinel’s Blu-ray right now via Scream Factory's site.