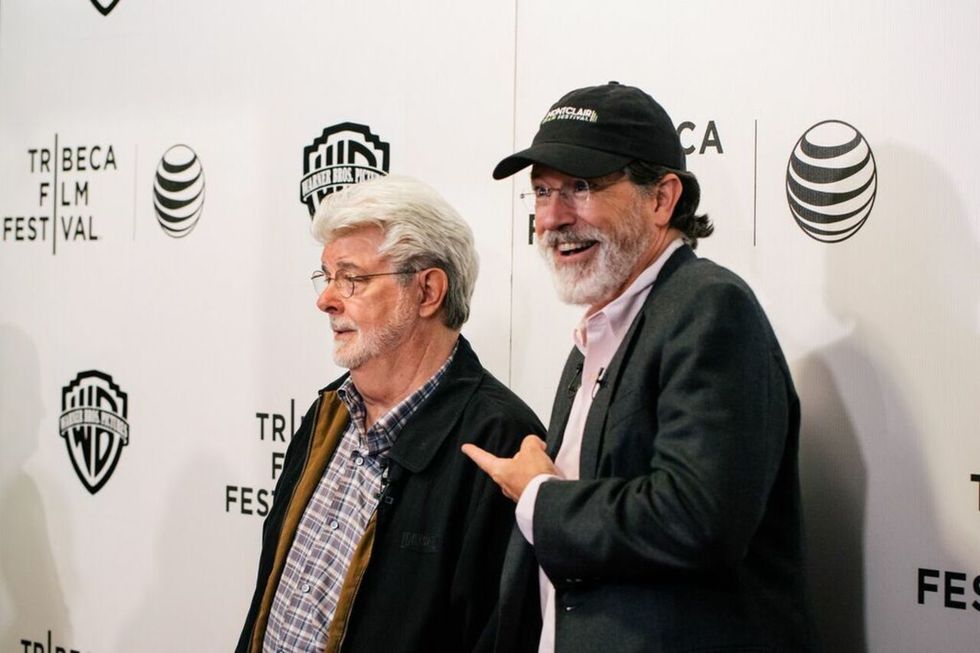 In less than four months, when he takes over for David Letterman on CBS' Late Show, Stephen Colbert will be the new king of New York’s late night comedy scene. But first, he’s in the mood to put smiles on the faces of some folks down south.

Colbert, a South Carolina native, made a surprise appearance via video feed during an event at Alexander Elementary School in Greenville, SC, with a special announcement: he’s donating the funds for every single grant request made by South Carolina’s public school teachers on the crowdfunding site DonorsChoose.org. Through a partnership with The Morgridge Family Foundation’s Share Fair Nation and ScanSource, Colbert will cover the money for more than 800 teachers’ projects, with the grand total reaching $800,000. Through his generosity, South Carolina’s schools will get new books, classroom supplies, and other educational necessities.

Anyone who was able to watch Colbert moderate TFF 2015’s Tribeca Talks event with George Lucas already loves the guy. Today, he’s added to their affinity.