Mood Music: 3 Songs For Sensitive Characters Who Are Suddenly Inspired

When movies need a pop anthem to signify overcoming hurdles, here are the songs they usually turn to and the song they should start using ASAP. 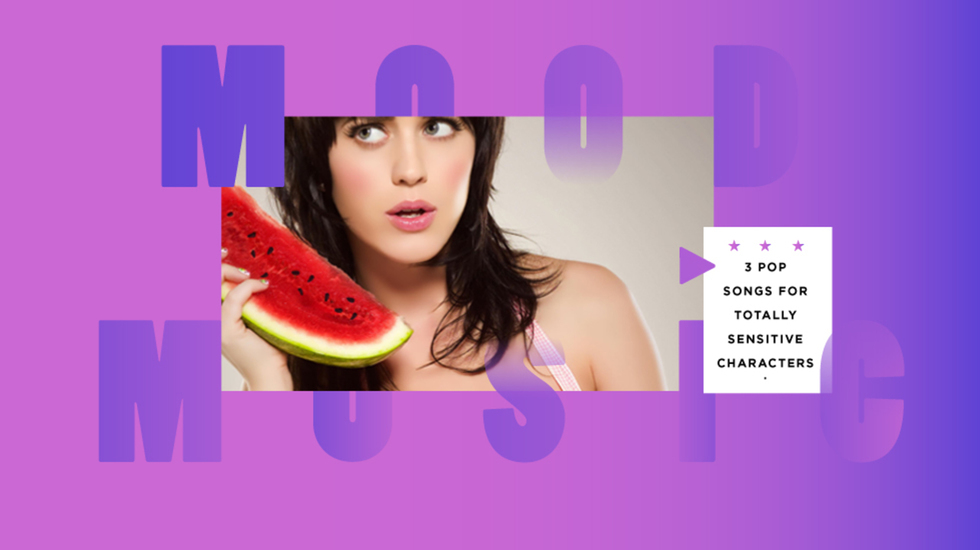 Welcome to Mood Music, where pop songs change what's on the screen.

Say you're making a movie and you need to prove your characters are inspiring. Maybe there's a training montage or a college graduation or a scene where the kid with the broken leg finally climbs a mountain. In most cases, you can just slap "Eye of the Tiger" on the soundtrack and wait for your Oscar.

But what if your characters are inspiring AND sensitive? What if they not only overcome their hurdles, but also demonstrate their rich, deep spirits while doing so? Do you think an arena rock anthem is going to work? DO YOU? Then you, sir or madam, are not very sensitive. Here are some songs that have been movingly inspiring for years... as well as a gem that should be on the shortlist for your next soundtrack.

The Veteran: "Dreams" by The Cranberries

Look, y'all, I can't lie... I love this song. I love the wall of jangly guitars and the zesty drum swells and the way Dolores O'Riordan, that less-polarizing answer to Sinead O'Connor, unleashes her Irish wail. It's all so buoyant, and if the lyrics are more about falling in love than, like, using poetry to end a war, then let's not worry about it. Whatever it's about, "Dreams" will always sound grand. I'm even more disposed to like this song because I was a teenager in the mid-90s, when it was in every movie, television show, trailer, and Olympics package you could find. You've Got Mail, Boys on the Side, and even Mission: Impossible put it to work, and this clip from The Next Karate Kid encapsulates its power: Hilary Swank is a woman! Overcoming the misogyny of the karate world! She trains to "Dreams" because she has such deep reserves of wisdom!

Of course,"Dreams" lost its place at the movies after it was used in this amazing scene from 2011's Sound of My Voice, in which Brit Marling plays Maggie, a cult leader trying to convince her followers that she's a prophet from the future:

This scene exposes how easy it is to let a song like "Dreams" take the place of legitimate feeling. Maggie insists the tune is an unknown anthem from the future---as though she's saying something unique with it instead of just recycling what it's been signifying for years. Some of her followers happily nod along, but when one of them finally calls her on her b.s., it's easy to wonder which person WE are. How many times have we have mindlessly accepted a pretty message without wondering where it came from? After it becomes a symbol of empty sentiment, "Dreams" can't work the same way anymore.

The Incumbent: "Firework" by Katy Perry

Despite my affection for many Katy Perry songs, I have never loved "Firework." It's not that I don't enjoy the melody. It's just that to my ears, she sounds really out of tune in the chorus. But obviously, many people disagree with me, since the world has embraced it as the ideal anthem for self-actualization. When all those animals in Madagascar 3 have to work together in the circus, which song do you think sends them through sky? Or how about when Marion Cotillard has to stay connected to her old life as a marine park performer, even though a killer whale has bitten off her legs? Which track do you think sends her to glory? And despite my reservations, even I will admit that the "eye! eye! eye!" part is pretty damn uplifting. Guttural shouts are primally satisfying.

The Future Star: "We Got the Power" by Loreen.

Katy Perry's new album Prism is released this week, so with any luck, she'll have another anthem on there. In the meantime, though, let's turn our attention to "We Got the Power" by Loreen, a Swedish diva who has sadly not made a dent in the American market. A lot of people in Europe have already heard this song, since Loreen performed it during this year's Eurovision contest, but think of all the American movies that could introduce it to the Yanks! The military beat is delicious, and the growing number of voices hollering "we got the power" makes it seem like an entire nation is accepting Loreen's insistence that we can accomplish anything if we believe in love. Can't you see a group of twentysomethings walking purposefully across a field while this song is playing? Maybe they're facing down a bully or standing up to crooked cops. Whatever they're doing, this song will make it clear that they (1) can't be stopped and (2) have some Real Feelings about their mission.