Leonardo DiCaprio: 20 Roles Ranked in Order of Their Existential Isolation

"The Great Gatsby" star is no stranger to playing characters who have isolated themselves from the rest of society. But who's the most alone? 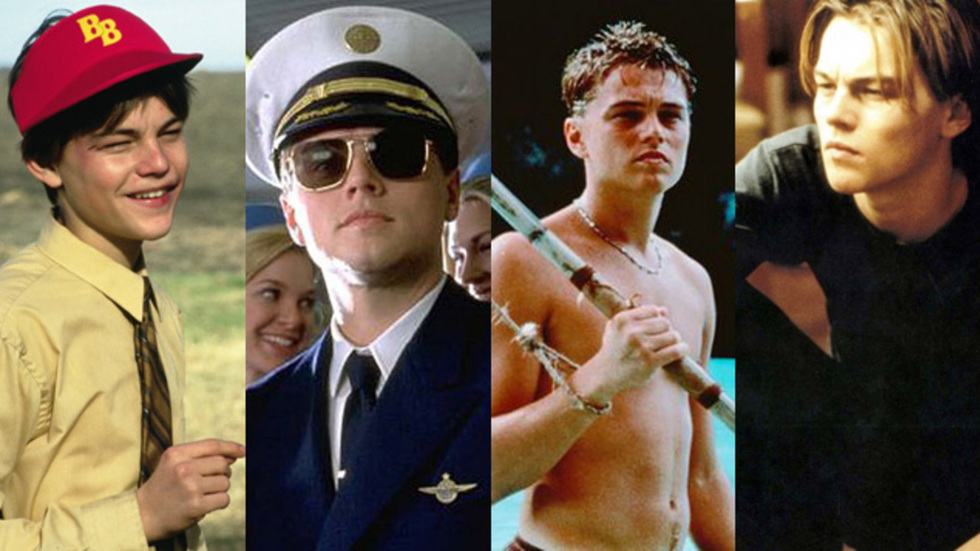 This weekend's much-heralded premiere of The Great Gatsby sees mega-star Leonardo DiCaprio stepping into some familiar shoes. As his career has progressed, Leo has perfected the kind of lonely, isolated hero that American movies love so much. His characters are often -- though not always -- rich, powerful, obsessed, and able to square away a lot of "me" time. With Jay Gatsby representing a great many of those attributes, it's time to see where the role ranks on Leo's career list of lonely boys.

20. The Basketball Diaries: The rare movie that depicts a DiCaprio character as inextricable from his circle of friends. Tough to play basketball with just you and your loneliness.

19. Titanic: Obviously one of Leo's most well-known roles, but looking back on his career, it's one of his most uncharacteristic too. Not only is Leo inextricably paired with Kate Winslet throughout the movie, but he displays a remarkable ability to fit in with any crowd, from the boisterous Irish in steerage to the well-to-do monocle crowd up top.

18. Gangs of New York: Well, it's right there in the title, isn't it. "Gangs." You can't exactly be alone if you're in a gang, I don't care how many daddy issues and secret identities you turn to in your quiet moments.

17. Blood Diamond: The life of a criminal arms dealer and diamond smuggler is probably one fraught with a lot of loneliness, but it's not like Leo's character makes a big deal about it.

16. Django Unchained: Calvin Candie, the sadistic, charismatic (or so he imagines himself to be) owner of the Candieland plantation, certainly has surrounded himself with enough hangers-on and yes-men to keep any real isolation at bay. Though we hear it's lonely at the top.

15. The Quick and the Dead: Leo's teen gunslinger in the Sam Raimi western is both part of and separate from the community. Disavowed by his own father, he's kind of a fringe character. And everybody in a western is kind of a loner by definition, aren't they?

14. Inception: Dom's managed to isolate himself within his own mind and dreams and memory, even as he's part of a whole team of incepters. The fact that he holes up inside a dreamworld with another person mitigates his isolationist cred somewhat, but still. This is a guy who's closed himself off, for sure.

13. William Shakespeare's Romeo + Juliet: Sure, yes, Romeo has great friends in Benvolio and Mercutio and whoever the hell Jesse Bradford played. And sure, just as in Titanic, Leo is part of an epic romantic pair with Claire Danes's Juliet. But Romeo and Juliet are only actually together very briefly, and Romeo spends the bulk of the film's second half hiding out in a church on the beach, waiting for Juliet's replies. And then, you know, the end.

12. Shutter Island: Leo's character begins the movie searching for answers at a hospital for the criminally insane. All detectives of this sort are more or less loners, but Leo at least begins the film with a partner and some sense of belonging to society's justice system. That kind of seriously breaks down as the film goes on.

11. Revolutionary Road: His marriage is a prison! Suburbia is an iron gate! Can anyone ever truly understand the post-war mid-century white male?

10. The Departed: By definition, Costigan can never truly let anyone else know him, or else his role as informant is completely blown. Particularly when the drugs and the moral ambivalence kick in.

9. Celebrity: Leo's glorified cameo as a spoiled party-boy superstar actor in Woody Allen's film was both tantalizingly on-the-nose and also perfectly in line with his increasingly isolationist characters. Who are even his peers? Who can relate to this guy? Who will go to bed with him tonight?

8. What's Eating Gilbert Grape?: Arnie's existential isolation is in part due to the chromosomal hand dealt to him -- which limits the degree to which other people can relate to him -- and in part due to the fact that his family is full of people who isolate themselves within their own angst.

7. Catch Me If You Can: Frank Abagnale is a loner by choice. No one ever knows him because who knows if there's even a him to know? He floats through life impersonating not even people but just types of people. The pilot. The doctor. The family man. Always running. Running ... from himself? (Haha, no, he's running from Tom Hanks, didn't you see the poster??).

6. The Beach: Leo's infamous post-Titanic near-disaster had his character so eager to escape the world that he sought out a secret beach untouched by proper civilization. Too bad audiences were also willing to let him alone. (We kid Leo! This is actually a really interesting little movie.)

5. Marvin's Room: Is there any creature more prone to locking himself away from the rest of the world like a surly teen whose mother takes him to live with his aunt and dying grandfather? Even if said mother is Meryl Streep and said aunt is Diane Keaton.

4. J. Edgar: I'm tempted to declare J. Edgar Hoover as DiCaprio's most isolated role simply because all the layers of makeup he wore kept him physically so much farther away from everybody else. But even from a story perspective, this old gargoyle with mother issues made himself more and more of an island, even as he increasingly kept close tabs on all his enemies.

3. The Man in the Iron Mask: This one gets advanced placement on the list because not only does Leo play a vengeful boy king who has cocooned himself tightly within his own power structure, but he also plays a second character who is literally locked in a tower and forced to wear an iron mask. Two isolated lead characters in the same film!

2. The Great Gatsby: Leo's Gatsby is so lost amid the excesses of the Roaring '20s that he doesn't even emerge at his own lavish parties. He's got all the hallmarks of DiCaprio's rich history of loners: obscene wealth, a made-up identity to obscure his true self, and a whole lot of time to stare longingly at things.

1. The Aviator: Howard Hughes is so very much the apex of DiCaprio's isolationist career that it feels redundant to even explain it. Wealthy, crazy, paranoid, and obsessed with singular achievement in a way that only causes him to further burrow into himself. Hughes is basically shorthand for "wealthy, crazed isolation." Really, only Leonardo DiCaprio could have played him.