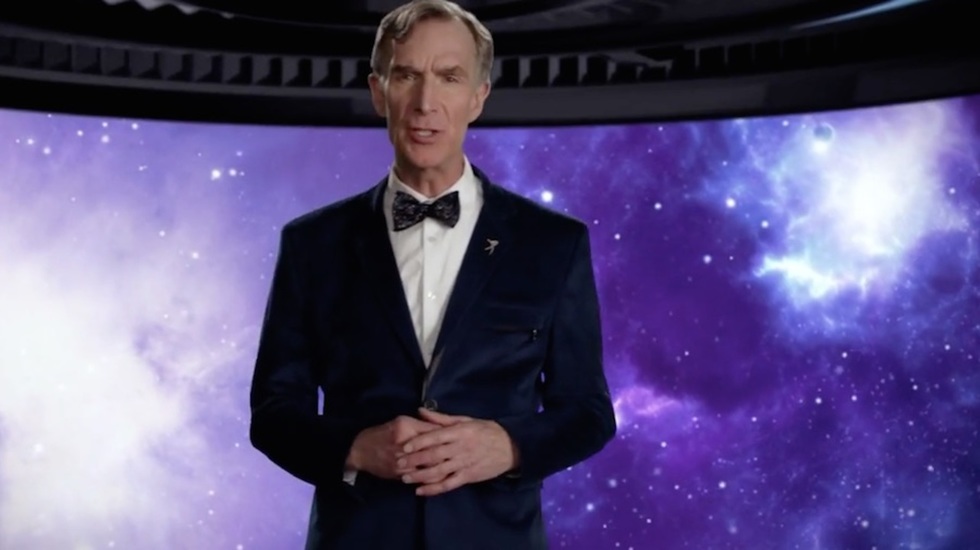 Leave it to Bill Nye, “the Science Guy,” to break down life’s biggest mysteries for delusional twentysomething white women.

Comedy Central’s Inside Amy Schumer, currently in its second season, has been on fire lately, pushing sketch comedy’s boundaries by keeping the jokes honest and, most importantly, hilarious. Just watch the instant-classic episode “12 Angry Men Inside Amy Schumer” for evidence of Schumer’s emerging genius. Or listen to the comedian's shop talk from her Tribeca Film Festival appearance last month.

During last night’s episode, Schumer redirected her spot-on satire towards the ladies—with a little help from Mr. Bill Nye and Broad City’s Ilana Glazer and Abbi Jacobson. Titled “The Universe,” it’s a must-watch skit for all young women who’d rather let unseen forces determine their futures than, you know, actually doing something about it themselves. As Nye explains, “The universe is essentially a force sending guidance to white women in their 20s.” As in, if you’re sleeping with a married man and it’s stressing you out, that random person wearing a “Chill” shirt is the universe’s way of telling you to relax—you’re a terrible person, but it’s okay, because the universe says so.

If that last sentence offended you, sorry, but you’re probably Schumer’s main target here. See for yourself by watching the full, uncensored “The Universe” video: