Stumped this Halloween? Here are 9 horror-movie based costumes that nobody else will be wearing. (Guaranteed.) 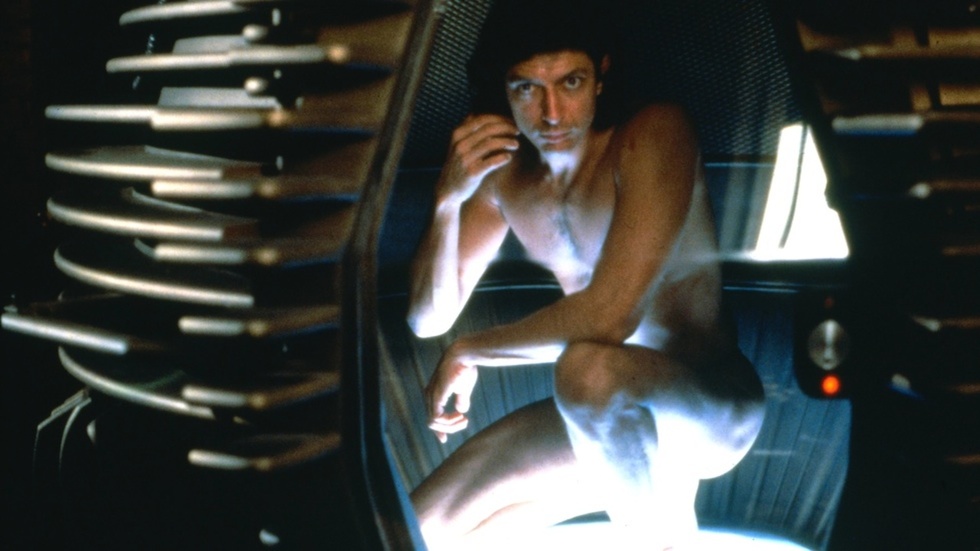 I’m terrible at Halloween costumes. I wish I were better, but I’m not. I’d like to plan ahead, but I don’t. Like many people, I either scrape something together the night before the party or just decide not to attend and stay home to watch The Perfect Getaway alone because I think Steve Zahn movies always deserve a fair shot.

Halloween is over a week away, which gives you about 900% the amount of time I normally have to plan and create a costume. So. Please. Use one of these horror movie-inspired costumes this year or you’ll end up wearing a chafing, badly dyed fake beard of Saul Berenson from Homeland.

For this costume, dress in your most friendly outfit (think cardigans and pastels). Take a large bowl and fill it with 4-6 cups of bees. Cover the layer of bees with another 4-6 cups of candy. I prefer the classic Wonka Mix, but any fun-sized assortment will do. Ask your friends if they’d like something sweet, then watch them run! You’ll be legendary - much like Candyman himself!

COSTUME: Broken Piece of Wood from the Bathroom Door

Heeeeeeeere’s Johnny, but wheeeeeeeere’s that piece of wood he cut out of the door? Answer that question that’s plaged generations of moviegoers by wearing a tan bodysuit and attaching a 5-foot piece of splintered wood to your chest. Before wearing this costume, call your doctor and make sure your tetanus shot is up to date.

Norman Bates may not be the kind of man who would hurt a fly, but he is definitely the kind of man who would drill a hole in the fly’s wall and watch the fly take a shower. For this costume, wear a sandwich board and drill a hole in its center. Cover the hole with an ornately framed renaissance painting of your choice. If anyone asks what you are, dare them to remove the painting and look through the hole.

Cover yourself in branches and tell everyone you’re the tree from Evil Dead. You will probably be forcefully removed from this party.

The light was a symbol of hope in Poltergeist, but, depending on who’s wearing the costume, it can easily be a symbol of defeat. Wear all white and drape yourself in strands of tiny, battery-powered light bulbs for this costume, and hope some single partygoers approach you. If no one decides to go into the light on Halloween night, I apologize for creating false hope. Not everyone can be the flame that attracts countless moths. Maybe you were just too Poltergeist 2: The Other Side for them.

It’s one thing to be comfortable with your naked body, but it’s another thing entirely to think you can pull off Jeff Goldblum, so this costume will only work for those with dangerously high levels of pride. Disrobe entirely and spend the evening crouched in a doorway - one leg with its knee on the floor, and the other bent at a 90-degree angle. And, since you’re Jeff Glodblum, wink and smile at everyone.

For those of you attending more underground costume parties (you know, the ones that don’t send invites with paper trails and prohibit any and all recording devices?), why not try this risky, consensual behavior with your significant other? Just have unsimulated sex, then vehemently deny that it was unsimulated. Oh, and don’t forget to try the punch.

After a shocking Mia Farrow interview in which she suggested that Frank Sinatra is his real father, and the news that he will soon host his own show on MSNBC, 25-year-old Ronan Farrow is quickly becoming part of Hollywood’s elite. Show off how “with it” you are by wearing your best suit, dyeing your hair blonde, and showing up to the party dressed as Ronan Farrow. “We’re all *possibly* Rosemary’s Baby,” you’ll tell them all.