After reading Ashley Cardiff's new book "Night Terrors: Sex, Dating, Puberty and Other Alarming Things," we wanted to know the movies that influenced her along the way. Here are the 11 unlikely films that shaped Ashley's view of sex - for better or worse. 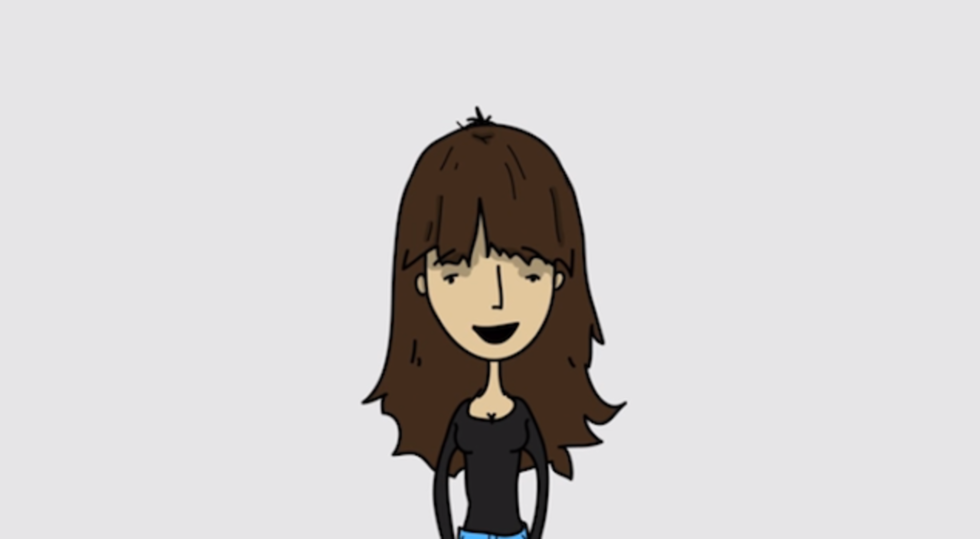 Ashley Cardiff's new book, Night Terrors: Sex, Dating, Puberty, and Other Alarming Things, is a collection of humorous essays concerning Ashley's sex life, from her crush on Luke Skywalker (who she describes as looking like "a Ken doll with a bowl cut") to her expulsion from Bible Study.

We asked Ashley to share the movies that that had the most impact on her sexual maturation (for better or worse), and she gave us these 11 pivotal and in most case hilariously inappropriate film influences. Cringe along with us below - and check out Night Terrors, which drops this Tuesday, July 2nd.

Some oblivious family member took little me and an equally little friend to see this -- it was an animated film, after all. I suppose, back in those days you couldn't just Google something to confirm it wasn't wildly inappropriate for children. Anyway, not for kids, it turns out.

This was a big moment for me -- I grew up watching the TMNT cartoon and always thought Donatello was my favorite Turtle. In the first film, however, we're introduced to a live action Casey Jones, a vigilante criminal/hero who carries an arsenal of weapons in a golf bag slung over his shoulder. Something about his rackish loose canon masculinity struck me as distinctly separate from other onscreen dudes of the time.

Watched this French-Canadian arthouse anomaly on television when I was very, very young -- there's a scene in which the beautiful neighbor girl (whom the main character, Leolo, loves) accepts payment to clip the toenails of Leolo's brutish grandfather ... as she's topless. I knew I shouldn't have been watching it, I couldn't tear myself away and I found it deeply horrifying.

Predictably, most of the movies that shaped my understanding of sex at an early age were films I probably shouldn't have seen--the whole family went to see Demolition Man, for example, which boasts an infamously ridiculous cyber sex scene (because they're in the future!). At this point, I still hadn't really seen sex depicted on film and this was the first glimpse. It was infuriating, unsatisfying and involved Sylvester Stallone.

This movie came on TV one day and I started watching it because it seemed faintly educational -- there is, however, a lot of Neanderthal sex. When I asked my parents if I was allowed to keep watching, they shrugged and said, "It's how it was." So, for a long time, my idea of "real sex" was Ron Perlman plowing into Rae Dawn Chong, dressed like a caveman. Thanks, mom and dad!

The actual sex scene in Cruel Intentions is absurd--even as a tween, I laughed at the lugubrious, slow-mo missionary (and the Counting Crows song). Sarah Michelle Geller in that orange corset, on the other hand, was pretty compelling.

I saw this movie in theaters with my Dad. There was a moment when I kind of wanted to get up and leave, but then I decided that I was becoming an adult and going to behave like an adult, and that meant enduring a movie about the Marquis de Sade next to a parent. Just kidding; I stayed for the promise of a partially-naked Joaquin Pheonix.

Another movie I regrettably saw with my parents! Right about this age, I thought it was very cosmopolitan to see and enjoy foreign films (hopefully ones with lots of explicit sex scenes). I convinced myself it was in the name of culture, but--as was the case with Quills--I mostly just wanted to see Gael Garcia Bernal naked. I no longer lie to myself about seeing films as cultural obligation, PS.

So, yeah, instead of watching movies as cultural obligation, I actually prefer to watch movies as depictions of artistic failure. I had to mention this movie because it's probably my favorite of a favorite bad genre -- the inexplicably well-budgeted late 80s/early 90s erotic thriller -- in which Madonna's outrageous sex powers have something to do with the death of her millionaire lover. Which makes her body, you realize, the murder weapon. The body of evidence. Which they have the gall to actually say out loud. Not so much an influence on my developing psyche; but pretty much what I think of when I think of "sex" now.