Home » Tribeca News » Get Ready, Sofia Coppola Fans: Alice Rohrwacher’s THE WONDERS is Your Favorite New Film and One of the Year’s Best
View All News

Get Ready, Sofia Coppola Fans: Alice Rohrwacher’s THE WONDERS is Your Favorite New Film and One of the Year’s Best 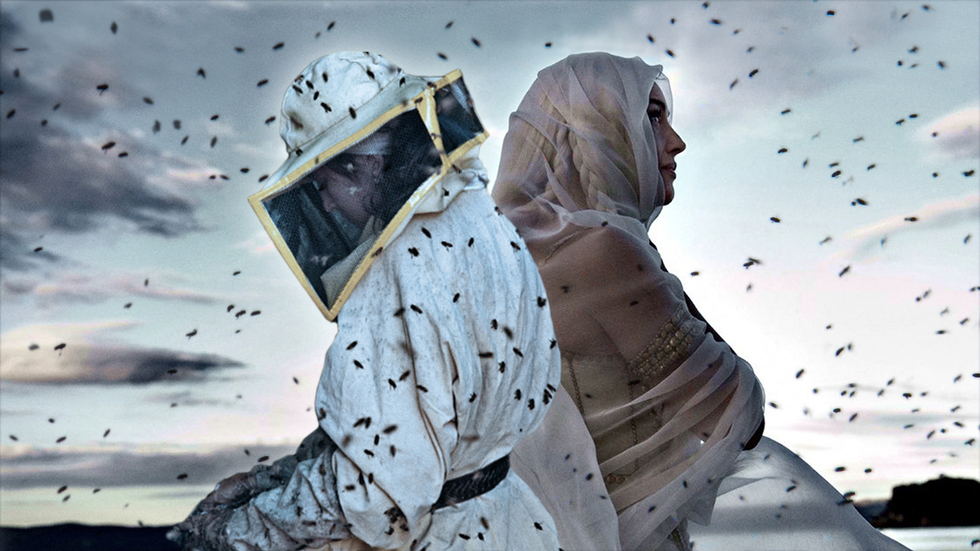 Illustration by Chris Randalls and Photos by Oscilloscope Laboratories.

For those avidly awaiting Sofia Coppola’s feature follow-up to her scathingly sensational career-peak The Bling Ring, it’s time to start anticipating The Wonders.

Written and directed by Italian filmmaker Alice Rohrwacher, The Wonders (aka Le meraviglie) tells the story of Gelsomina (newcomer Maria Alexandra Lungu), a young girl who lives in practical isolation with her gruff German father Wolfgang (Sam Louwyck, a Rhys Ifans doppelgänger), exasperated Italian mother Angelica (Alba Rohrwacher, the director’s sister), and three younger sisters on a rural Tuscan honey farm whose constant upkeep comprises the bulk of Gelsomina’s day-to-day existence. At the beach one afternoon, Gelsomina stumbles upon the filming of a commercial starring a beautiful TV actress (Monica Bellucci) and discovers the “Village Wonders,” a local contest to crown one of the community’s working-class families the most “traditional,” with a cash prize and luxury cruise included. Convinced this will be a boon to her functional but by no means secure family, Gelsomina jumps at the chance to participate, even if it means disobeying her father’s highly particular rules.

The Wonders screened In Competition in May of 2014 at that year’s Cannes Film Festival, where it bested the prestigious likes of Jean-Luc Godard’s Goodbye to Language, Mike Leigh’s Mr. Turner, Abderrahmane Sissako’s Timbuktu, and Bennett Miller’s Foxcatcher to pick up the Grand Jury Prize (i.e. “second-place”) from a committee headed by — arguably — contemporary cinema’s greatest female filmmaker, Jane Campion. Also on the jury? Sofia Coppola! 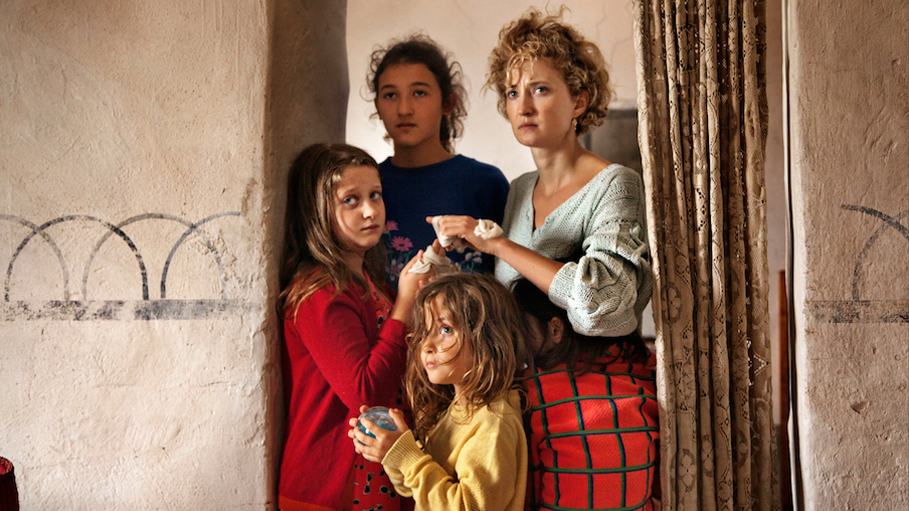 In fact, Coppola is a self-professed fan of the film and recently interviewed Alice and Alba Rohrwacher for T Magazine in an article that referred to The Wonders as “Sofia Coppola’s Favorite New Film.” It’s easy to understand why.

Like the majority of Coppola’s filmography, The Wonders pays unceasingly intimate and alluringly opaque attention to the lives of introverted young girls, a storytelling focus that Rohrwacher continues to hone following her 2011 debut feature Corpo Celeste, which centers around a teenager struggling to fit into her devout Italian community. Gelsomina is a teenage protagonist written and played with an almost uncommon level of gentleness in a genre that usually buries credible human emotion under a barrage of scripted snark and petulant preoccupations. It isn’t difficult in the slightest to imagine the vividly melancholic Lungu (or Celeste’s Yle Vianello) standing alongside Kirsten Dunst in The Virgin Suicides and Marie Antoinette, Scarlett Johansson in Lost in Translation, and Elle Fanning in Somewhere, all of whom made for such poignantly memorable Coppola heroines in their respective coming-of-age tales.

The Wonders is indeed a coming-of-age tale told in a Coppola-like vein of introspective character conception, relaxed narrative progression, expressively metaphorical images, and true-to-life wit. But Rohrwacher unravels her human canvas even wider than Coppola, whose films are rarely as roundly and richly inclusive of supporting characters like the finger-wagging father played to terrifically shaggy effect by Louwyck, as well as Alba Rohrwacher’s sullen mother and the hilarious Agnese Graziani as Gelsomina’s puggishly bumbling younger sister Marinella, not to mention Sabine Timoteo’s wry deadpan interjections as a live-in friend of the family and Bellucci’s brief but captivating performance as a graceful hostess, or young Luis Huilca as an inscrutable young delinquent who sparks a flirtatious curiosity in Gelsomina after the family takes him in for compensation. Rohrwacher invests so much time and care in these characters and eschews such coming-of-age conventions as the first kiss, the feuding friend, or the climactically moralizing personal crisis because The Wonders is ultimately a far more ambitious story than most projects centered around adolescent self-discovery. 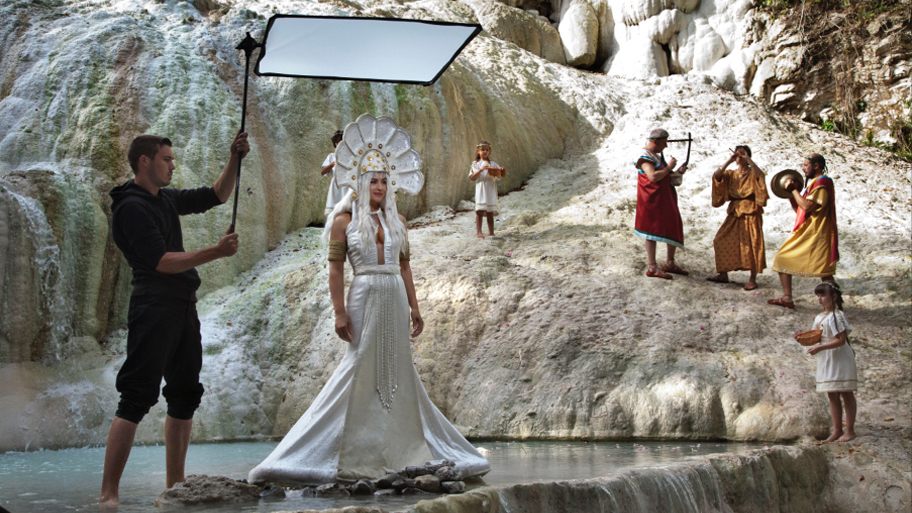 The Wonders is a coming-of-age tale unbound from the expectations of a genre that it remains undeniably hooked to at its heart, so that it’s also a revelatory portrait of a family, a region, and a way of life. By broadening its lens, The Wonders is an even more quietly profound cinematic experience than most transitional teen stories tend to be, further aided by production and costume designers who find limitless storytelling detail in the rugged spaces and thrifty attire that place Gelsomina and her family in a clear but inexplicit past. Every element of production has been attended to with a remarkable level of thoughtfulness that convincingly masks what was surely a meager budget, which is only more impressive when you remember that the bulk of America’s teen-driven indies look like webisodes shot during a blackout in the corner of someone’s basement.

There’s a boldness to Rohrwacher’s formidable filmmaking style. The Wonders is full of mysterious moments, connections, and reactions that aren’t meant to be solved or accounted for, but which simply linger on screen and then in the mind of the viewer, much in the way that life does. Rohrwacher is confident enough in her own directorial and writerly ingenuity to know that the visual potency — and certainty — of her storytelling is immensely more intoxicating than the strenuously symbolic, cause-and-effect justification that frequently characterizes contemporary screenwriting. Like Coppola, she’s willing to sacrifice the demands of plot and story for the fleeting, impressionistic power of moving images. And even if her milieus are so far entirely different from Coppola’s, Rohrwacher manages to capture a similarly youthful spirit that — like a firefly or, in The Wonders’ case, a honeybee — she refuses to stifle or contain. It’s the type of bravely elusive and flawlessly textured moviemaking that, by all means, should be rewarded with a heap of wildly unlikely Oscar nods across the board. Not that awards have necessarily been a boon to Rohrwacher’s ravishing creation in the first place.

There is no feasible reason to have delayed a film as sly, strange, and bewitching as The Wonders for over a year after its Cannes victory, squashing the festival buzz that would’ve surely boosted an earlier release. Does a Grand Prix mean nothing anymore, or only in the cases where there’s a woman behind the camera?

The Wonders should thoroughly satiate fans of Coppola, who has the star-studded Bill Murray Christmas special A Very Murray Christmas coming to Netflix in December but has yet to settle on her next theatrical feature after dropping out of Disney’s live-action Little Mermaid remake this past June. But I also hope The Wonders effectively earns Rohrwacher a wider and just as eagerly committed fanbase all her own. She has composed one of the most transporting cinematic experiences of this or any year, a film about the porous and effervescent experiences of young girlhood that satisfies the senses and enlivens the soul. It’s an unadulterated delight just to talk or to write about, but it’s even more exhilarating to watch and to savor.