Alex Ross Perry, one of New York's most exciting young filmmakers, is behind this weekend's strongest new movie. Here, the Brooklyn native gets candid about the film's narrative and thematic intricacies. 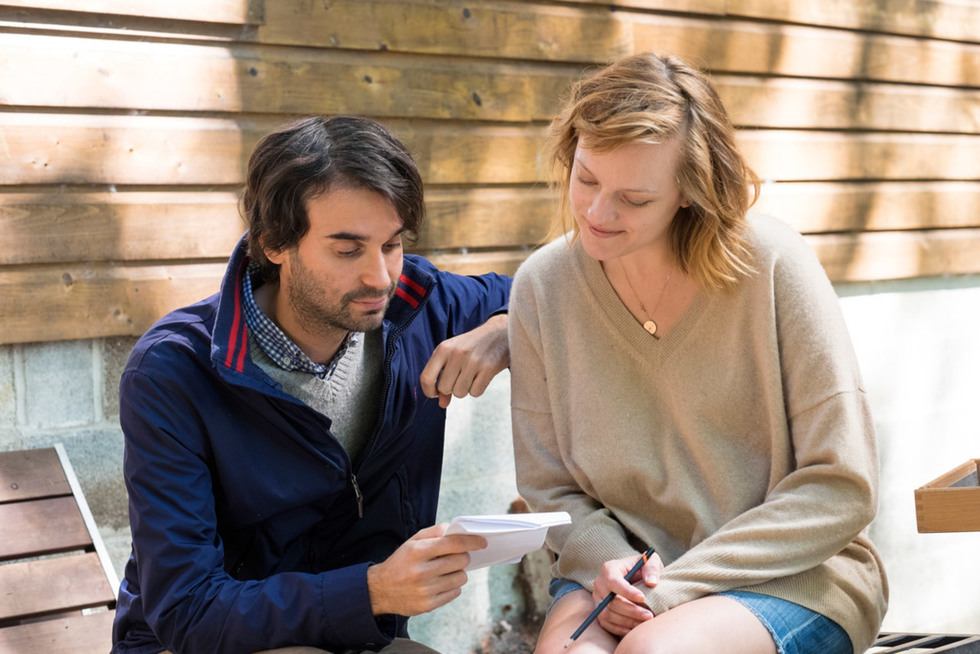 In the past 18 months I have interviewed writer/director Alex Ross Perry three times. Much to our mutual surprise, we're not sick of one another. Perhaps that's because on each occasion the Brooklyn, New York-based artist, with his epigrammatic wit and bountiful knowledge of film history, reveals a new layer of himself.

At Sundance he was the sardonic, achingly funny cynic; last fall he played the cinephilic statistician; and last week he was himself, vulnerable and reflective about the issues that propelled him into making Queen of Earth, his fourth feature film. The latest entry into Perry’s small but impressive filmography chronicles a frenzied woman (played by Elisabeth Moss) on the verge of a nervous breakdown. As an unnerving homage to the psychodramas of Roman Polanski, Perry manages to keep his singular voice intact.

When we spoke, the 31-year-old artist opened up about his desire to be left alone, using his films as therapy and why, in the best scenario, we are our own best enemies.

You've called Queen of Earth your answer to Woody Allen's Interiors in a couple other interviews. Was this as calculated a left turn as it appears?
It's not a calculated decision with the desired end result of, "Hey this will show people what I else I'm capable of." It's more a calculated decision like, "I wonder if I can do this and do it well enough to feel satisfied." Making something in a different package, color and shape.

And are you satisfied?
Yeah! It's a creatively stimulating experience. I feel satisfied. I consider it mission accomplished, and the interesting thing about doing this is that it makes me feel confident to continue to try things like that. I'm not saying I can get in there and do it as well as the pros. I'm not saying I can make a film in a different style as well as someone who studies and devoted their life exclusively to that style. But I have learned that there's a lot of creative freedom to be gained and fun and personal growth to experiment with, especially when you're making low-budget independent films. It makes me want to try this with other types of cinema that I know the rules of as a fan, but I want to try to get inside it and understand the way that it works.

How does Queen of Earth work? Moreover, where does this acidic dialogue stem from? Your characters have a tendency to say some nasty things.
The personal experiences informing this film are for sure as relevant and important to me and to whatever I was living with and thinking about at the time as anything. The film comes from a lot of curiosity and issues I was experiencing, and questions I had, introspectively, regarding privacy after being incredibly busy in 2013. It was a very fun, enjoyable premiere of Listen Up Philip at Sundance, but there was a desire to be left alone for awhile, after spending a really long time with a lot of demands on my time and my energy.

For example, doing interviews like this?
No, no. It's not that. That was a part of it at Sundance, and it's not that I want to hide away from that. I've been really busy for a long time. In 2013 we shot a small project for HBO [The Traditions, which has since been dropped by the network], and we were sound mixing Listen Up Philip until the first week of January 2014. It was 53 straight weeks of being in pre-production then post-production. So I was just really curious about privacy and entitlement, and cinematically a lot of those ideas end up becoming a woman's break down movie.

Suddenly you have more on your plate than just making and writing movies.
Which had been what I was doing for a year. I was fascinated with the turmoil that my brain was adjusting to when all of a sudden I had to live in public a little bit more than is my natural instinct. And the film really came from that.

You mentioned entitlement a second ago and in our first conversation, especially in relation to the character of Josh in Listen Up Philip. There's a line from Katherine Waterson's character in this movie: "I want to live in the modern aristocracy!" Are you still resentful toward or weary of the people you went to school with, New York intellectuals?
When we were talking a year and a half ago, those are the experiences that made the DNA of "Philip" and my kind of New York experiences. The best case scenario for making a film is that the therapy of it, the purging of it, kind of achieves the effect you hope it does. Which is what happened. I don't really think about the stuff that inspired that film because making it and getting to talk about it meant I had a lot of time to really live with the ideas of the movie. So all that stuff has been compartmentalized or solved in one way or another for me -- as the issues of this me will hopefully for me when all is said and done.

So you do use your work as therapy?
Well, I don't have any other form.

You don't see anyone?
No, no. I don't need to. These questions that make up Queen of Earth, like my desire for privacy, what I feel entitled to, which is an ugly thing to feel in yourself, I can sit there and talk about that with someone who I'm paying for however long, or I can sit here and talk about it with you. It's essentially the same process. I'm just using dialogue with someone else to think about what this stuff means. There's a lot to be gained to putting yourself out there and listening to various people of different backgrounds tell you what your movie means to them. To me it's therapy, sure. But it's also fun. I'm not sure if people who go to therapy think it's fun, but I like conversations like this, and seeing what these themes look like when they're reflected back at me is enjoyable.

And the predominate theme here appears to be the perils of co-dependency. Where two people in a relationship become one person.
I ended up realizing, after the fact, that I've done this again. I attempted to branch out for myself and try something different here, but ultimately this is another movie where I have one issue being explored from two different perspectives, both of which represent an equal part of me. I've yet to find a way around that. The real challenge for me is when I make a film where it's one person's thing, and there is no other side of it telling them the other side of what I'm thinking.

It's hard to imagine you making a film that's not deeply embedded in how you're feeling.
If you end up in the unfortunate position where you're making a movie every four years, I don't know how "of the moment" it could be. The dream for me after the process of this movie is that I get to keep making things and each one is about what’s on my mind at that time. By the time we're talking about it, I'm 75% done working through my issues on it. If you're working infrequently that's not going to happen. If you look at the filmographies of heroes, it’s obvious that they're just interested in something. We talked a lot about [Rainer Werner] Fassbinder in making this movie and you go to retrospective of his and you just see three films in the same year. It's clear he was going through a phase where he was reading a lot of crime fiction, then a phase where he was going to the theater a lot.

Do you ever find yourself, to take a line from the movie, inside these "self-perpetuating cycles of defeat”?
I don't know about defeat. I don't know if I create my own defeat. But you know self-perpetuating anything is an interesting idea to me. There's something I find curious about people who are victims of their own behavior and their own inability to break out of a routine. It's a rich idea for me. Characters in Kubrick movies, for example. The stories of the film are often characters falling victim to human error and falling victim to whatever is innately in them that sets of a chain-of-events that created a dramatic conflict. I often think about how much of my own success and failure is because of my inability to not be who I am. "If only I could keep my mouth shut I could've gotten this job," and so on.

Are your characters "victims," or are they genuinely bad people?
If they were genuinely bad people I wouldn't really have the interest or ability to spend time with them in writing, shooting, editing, and then in talking about them for a year. I tend to think they all could be more than they are if they weren't just human. If anybody could put aside the innate failings of emotions and logic and all the things that make people people, then they could really reach their full potential.

Do you find that you often struggle with being who you are, or who you want to be?
I think everybody does. The question is, "Is everybody their own worst enemy?"

That's even more terrifying.
Right, so the best case scenario is that you are your own worst enemy and that the only thing standing in the way of reaching your full potential is yourself.

Queen of Earth opens today in NYC at the IFC Center and the Film Society of Lincoln Center.

Sam Fragoso is a writer and editor whose work has appeared in The Atlantic, Vanity Fair, Playboy, NPR, and elsewhere. A book of his interviews with emerging filmmakers, titled Talk Easy, will be published by The Critical Press in 2016. 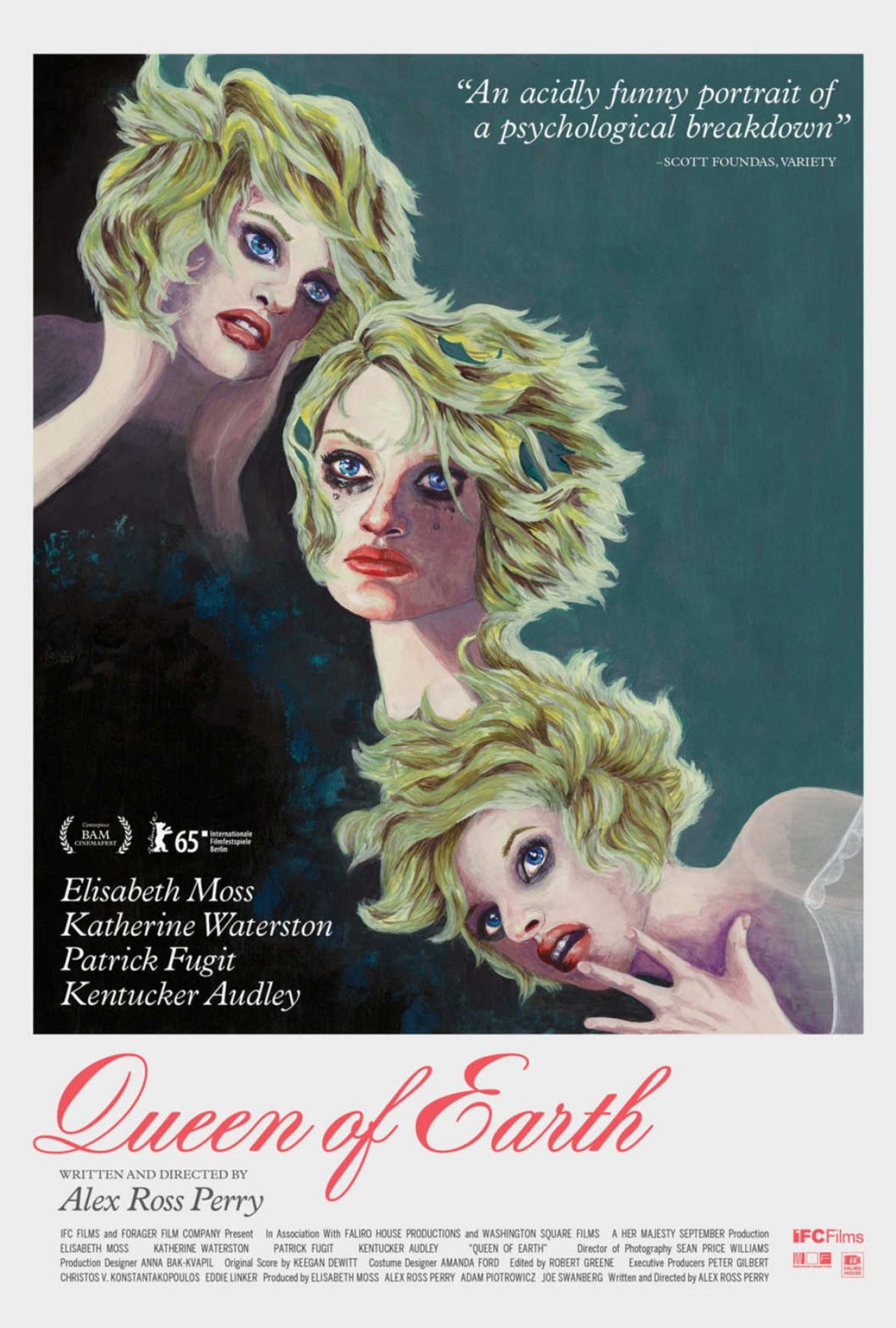 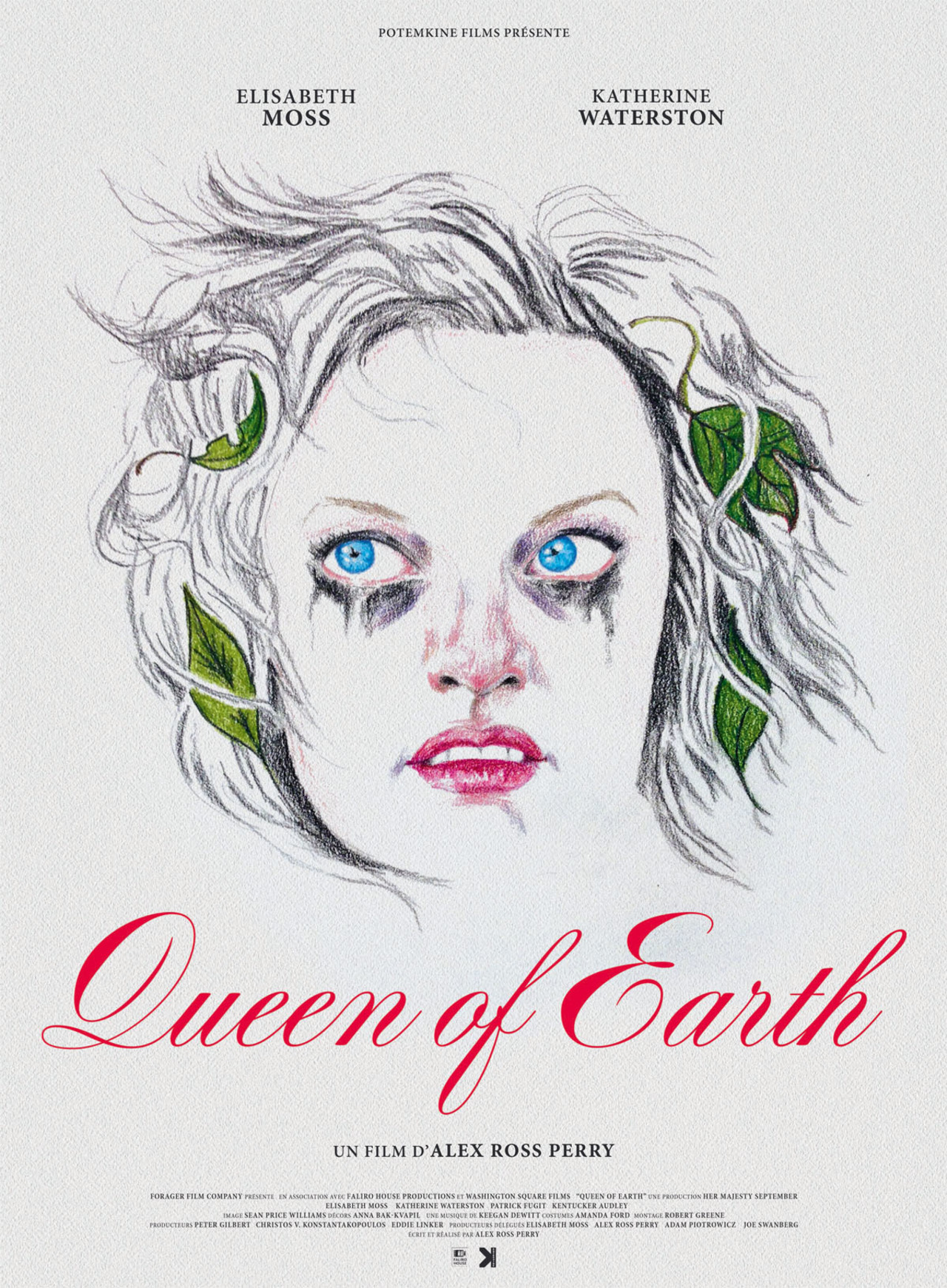 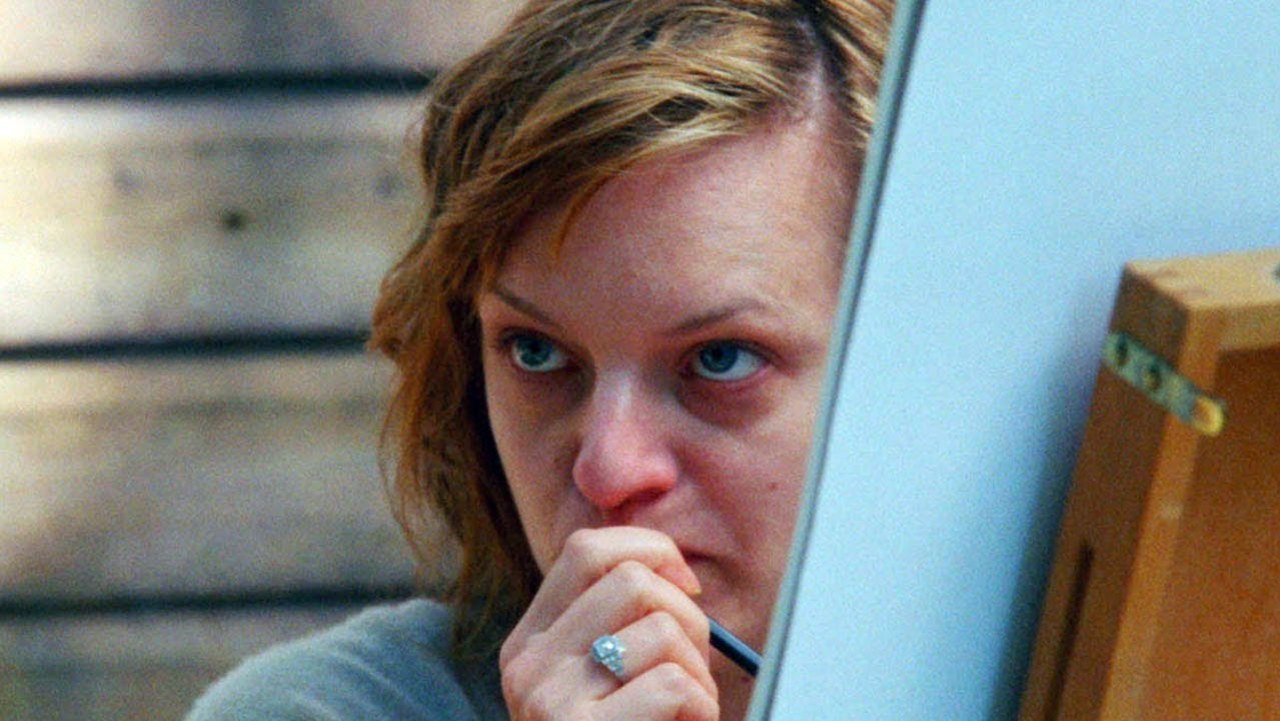 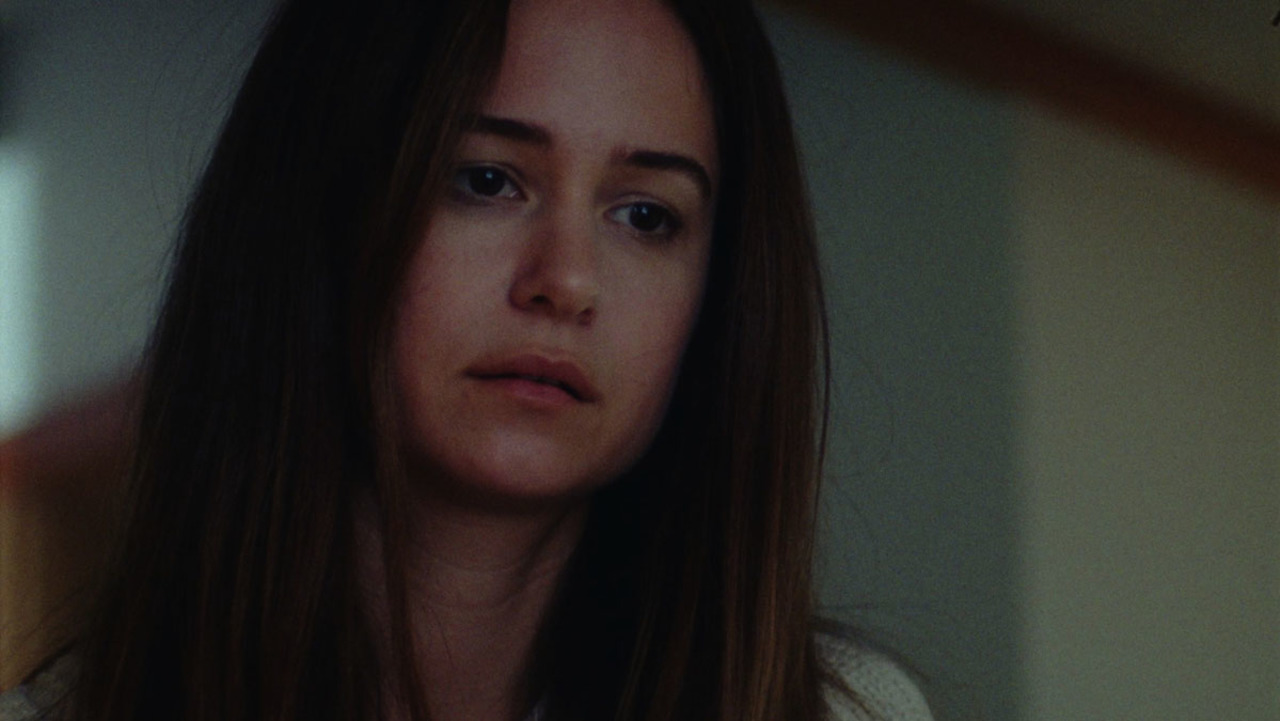