7 Things We Learned From the Bitcoin Q&A

The doc 'The Rise and Rise of Bitcoin' premiered last night, and its creators and subjects were on hand to talk after the movie. Here's what we learned about the controversial cryptocurrency. 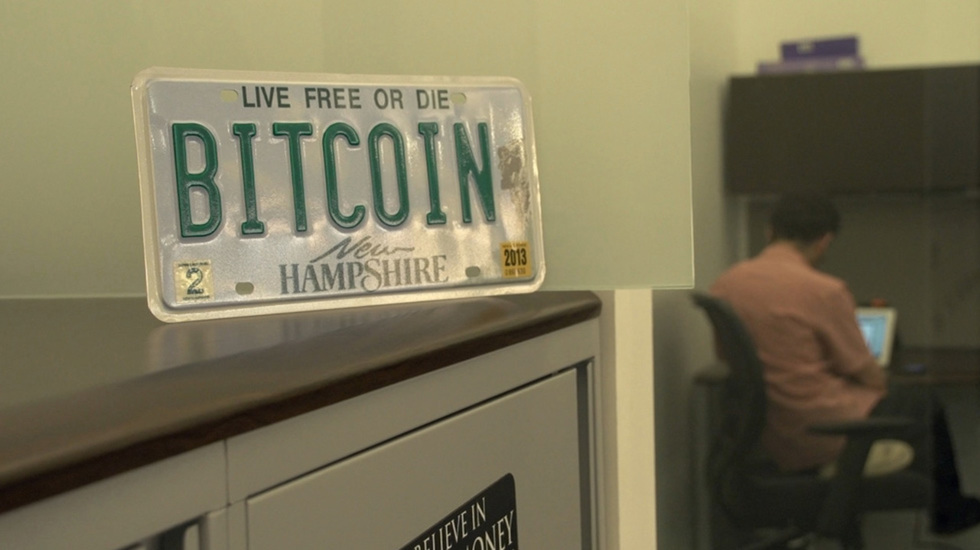 Bitcoin is a new currency, produced and dealt with exclusively in the virtual realm, that many are somewhat familiar with but few truly understand in significant detail. Regardless of one's level of comprehension of the currency's inner workings, however, one thing is clear: as more and more functions of our economy become virtually conducted, an all-virtual, stateless currency like Bitcoin exerts a strong influence. After the world premiere of Bitcoin doc The Rise And Rise Of Bitcoin, directed by Nicolas Mross, at the SVA Theater Wednesday night, Mross, his brother Daniel (the film's narrator and one of its subjects) and BitInstant co-founder Charlie Shrem were on hand for a Tribeca Talks® After the Movie with New York Times reporter Nathaniel Popper. Below are some takeaways from that talk.

1. Bitcoin is the people's currency.
"I believe Bitcoin is a currency in which everyone can be involved," Shrem stated early on in the talk. "I hesitate to say this because I'm afraid it'll make me sound like a communist, but it really is the people's currency." One of the reasons supplied for this line of thought is that Bitcoin is a stateless currency, constructed purely via an algorithm - there's no hegemonic force (like a central bank) that can redetermine a Bitcoin's value.

2. Charlie Shrem is still working in the Bitcoin realm.
Shrem was recently charged by the government with money laundering (via his Bitcoin trading site, BitInstant), and is currently under house arrest (though of course he attended the talk). Shrem explained that he's "currently consulting and helping people and companies that are dealing with Bitcoin. I let people pick my brain. If I can't use my brain, I'm happy to let others use it."

3. Mt. Gox failed because there wasn't enough staff.
Mt. Gox, the largest Bitcoin exchange, went bankrupt recently, an event captured in the film. The Mross brothers attributed the failure of the exchange to CEO Mark Karpeles to hire more help to run the enormous company. "Mark thought he could run Mt. Gox himself," Daniel explained, "but I think he really needed help running it. But he didn't seek help out. You know, there were only three developers for the whole site. He was their CEO and the CFO!"

4. BitCoin provided a haven for drug dealers - until it didn't.
Much has been made of the fact that Bitcoins were used to buy illegal drugs via the Silk Road website, which was recently taken down. Nicolas remarked on how one dealer - featured anonymously in the film as Mr. Bitcoin - informed the filmmakers that Bitcoin made drug dealing safer for him, since he could deal from a room with a computer as opposed to being out on the streets. However, eventually he had to go on the run from law enforcement after Silk Road was seized.

5. Bitcoin's risk may be someone else's reward.
Much of the hesitancy over adopting Bitcoin more widely comes from people being unsure about whether or not they want to invest their money in a currency that is perceived as risky. Daniel sees this as an opportunity. "I think the BitCoin uncertainties are opportunities for startups out there. The role of startups like BitPay is to take the risk out of the transactions for merchants, who can accept Bitcoin as payment but be paid in US dollars."

6. The losses of trust in Bitcoin may spur greater safety.
While there have been some Bitcoin scandals, like Mt. Gox's bankruptcy, Shrem believes that these scandals will strengthen the attention to detail and protocol new Bitcoin companies employ when establishing themselves. "The cryptography used to design Bitcoin makes it extremely trustworthy," Daniel added. "I think trust will grow over time."

7. Bitcoin's open-source network means that anyone can be involved in it.
Much was made of the fact that, as Shrem shared, Bitcoin is an open-source code, meaning that anyone can read every line of code that is used in the Bitcoin algorithm. "Open-source code," Shrem explained, "means that everyone can be involved in the growth of Bitcoin, together." In other words, there are no secrets about the way Bitcoin is constructed or how it is used.