Orly Ravid, founder and co-executive director of The Film Collaborative, shares ten tips that all filmmakers should know about the tricky world of getting your film "out there." 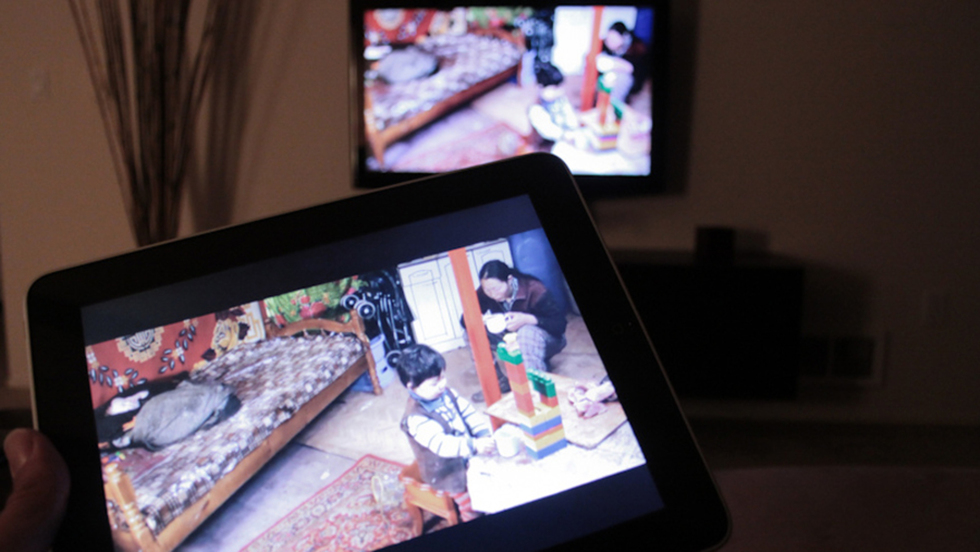 No matter what, CARVE OUT the ability to do DIY Digital Distribution yourself with services such as: EggUp, Distrify, Dynamo Player, and/or TopSpin, off your own site, off your Facebook page, and also directly to platforms.

Platforms and services can Geo-Filter and eliminate conflict with any territories where the film has been sold to a traditional distributor and often a distributor will not mind that a filmmaker sells directly to his/her fans as well.

Platforms are places people go to watch or buy films.

Aggregators are conduits between filmmakers/distributors and platforms. Aggregators usually focus more on converting files for and supplying metadata to platforms and that's about it. Marketing is rarely a strong suit or focus for them but it should be for a distributor. Otherwise what's the point?

Aggregators usually don't need rights for a long term and only take the limited rights they need to do the job. Distributors usually take more rights for longer terms. Sometimes distributors are DIRECT to PLATFORMS and sometimes they go through AGGREGATORS. It makes a difference because FEES are taken out every time there is a middleman.

Filmmakers should know the FEE that the PLATFORM takes (because it's not always the same for all content providers) and know if a distributor deals directly with platforms or goes through an aggregator. Also, filmmakers should understand what each middleman does to justify the fee.

On the aggregator/distributor side, we think 15% is a better fee than 50%, so understand what services are included in the fee. If a distributor does not devote any time or money to marketing and simply dumps films onto platforms, then one should be aware of that.

Ask for a description in writing of what activities will be performed.

3. THINK OF DIGITAL PLATFORMS AS STORES AND CUSTOMIZE A PLAN THAT IS RIGHT FOR YOUR FILM

A film should try to be available everywhere. However, sometimes this is too costly or not possible. Therefore you should prioritize according to the film’s audience and where they consume media.

Think of digital platforms as retail stores. Back in the DVD days (which are almost gone), one would want a DVD of an indie film in big US chains such as Blockbuster and Hollywood Video but a cool, award winning indie could also do well in a 20/20 or Kim's Video store because those outlets targeted a core audience.

With digital, it's the same.

While many filmmakers want to see their film on Cable VOD, some films just don’t work well there and delivery is expensive. Some films make most of their money via Netflix these days and won't do a lick of business on Comcast. Other films do well on iTunes and some die there while they might actually bring in some business via Hulu or SNAG. Docs are different from narrative and niches vary.

Know your film, its audience's habits and create a digital strategy that makes sense. If money or access is an issue, then be strategic in picking your “stores” and make your film available where it's most likely to perform. It may not be in Walmart's or Best Buy's digital store. Above all, if you have a community around you (followers, a brand), your site(s) and networks may be your best platform store of all.

By now many of you have heard that it's hard to get films marketed well on Cable VOD platforms. Often the metadata isn’t entered or is entered incorrectly and it's nearly impossible to fix after it goes live.

You must oversee the metatags submitted for your film and check immediately upon release. Genre/category folders and trailer promotion are not always an option for every film, so it is often the case that films with names starting in the early letters of the alphabet (A-G) or with numbers can perform better.

Therefore, you must market your title, so audiences look for it and don’t just stumble upon your film in the VOD menu.

Filmmakers, if there is one thing I must impart to you, it's this: TAKE GOOD PHOTOGRAPHY!!! Take it when making your film.

Most marketing imagery for digital distribution must work SMALL so create key art and publicity images that work well small and in concert with the rest of your campaign.

Look at your key art as a thumbnail image and make sure it is still clearly identifiable.

6. KNOW YOUR DIGITAL DISTRIBUTION GOALS AND PLAN AHEAD

If your film is ripe for NGO or corporate sponsorship and you want to try that, you will need substantial lead time (6 months at least!) and a clear distribution plan to present to potential sponsors.

If making money is a top concern, then know how YOUR FILM’s release can do that and plan accordingly. It may be by collapsing windows or it may be by expanding them.

All films are different and that's why it’s best to look at case studies of films with similar appeal to yours.

And if showing the industry that your film is on iTunes matters for professional reasons more than financial ones then know that this is your motivator but also know that getting a film onto iTunes does not automatically lead to transactions—only marketing does.

7. TIMING IS EVERYTHING | WINDOW WATCHING

Digital distribution has to be done in a certain order if accessing Cable VOD is part of your plan.

Sometimes Cable VOD is not an option for a film (films often need a strong theatrical run before they can access Cable VOD) and, in this case, the order of digital is more flexible and one can be creative or experiment with timing and different types of digital.

Cable VOD's percentage share of digital distribution revenues is still around 70% (it used to be nearer to 80%) so if it's an option for your film, it's worth doing, at least for now.

If your film is in the digital distribution window before Cable VOD (on Netflix for example), that will eliminate or at least dramatically diminish the potential that Cable MSO's (Multi System Operators) will take the film or even that an intermediate aggregator will accept it. There is more flexibility with transactional EST (electronic sell through) / DTO (download to own) / DTR (download to rent) services such as iTunes but much less flexibility with YouTube (even a rental channel) or subscription or ad-supported services such as Netflix (subscription) or Hulu (which is both).

In general, people often do transactional platforms first and ad-supported last with Netflix being in the middle unless it's delayed because of a TV deal. This is not always the case and some distributors have seen that one platform can drive sales for another but in my opinion it depends on the film and habits of its audience.

You should know that Broadcasters such as Showtime will pay more if you do your Netflix SVOD after their window rather than before.

8. THE DEVIL IS IN THE DETAILS (DEFINITIONS)

Remember that the term VOD means or includes different things to different users. The terms in the space are becoming more customary but they are not fully standardized so be sure to have ALL terms related to digital rights DEFINED. And the space keeps changing so be sure to stay current.

There is no standard yet for definitions of digital rights. IFTA (formerly known as AFMA) has its rights definitions and for that organization’s signatories there is therefore a standard. But many distributors use their own contracts with a range of definitions that are not uniform. When analyzing distribution options, be aware that terms such as VOD can mean different things to different people and include more or fewer distribution rights and govern more or fewer platforms.

Consider the term “VOD”. In some contracts, it’s not explicitly defined and hence can mean anything and everything. IFTA is clear to categorize it as a PayPerView Right (Demand View Right) and limit it to: “transmission by means of encoded signal for television reception in homes and similar living spaces where a charge is made to the viewer for the rights to use a decoding device to view the Motion Picture at a time selected by the viewer for each viewing”.

However in some contracts, it’s defined as “Video-on-Demand Rights,” and that can include everything and your kitchen sink.

One has to ask if a definition of VOD or another type of digital right includes “SVOD” (Subscription Video on Demand) and includes subscription services such as Netflix and Hulu Plus.

If a contract notes a distributor has purchased “VOD Rights” but does not define them, or defines them broadly, then do they have mobile device distribution rights as well? The words “Video-on-Demand” sometimes are used only to refer to Cable Video on Demand and other times much more generally. In a “TV Everywhere” (and hence film everywhere) multi-platform all-device playable universe, the content creator needs to know.

You must read carefully BEFORE you sign on the dotted line. Know what you want for and can do for your film in terms of distribution, then carve it up and spell it out.

9. PLAN FOR THE FUTURE

Digital distribution in Europe is not as mature as it is in the US but it’s growing. The key platforms and categories of VOD now may not be key down the road. Again, do deals wisely and plan for the future. You might want to set revenue thresholds for contract terms to continue. Or allow for terms to be reviewable and adjustable into the Term.

Before giving rights away for longer periods of time think about the future.

For example, the category of DTR (download-to-rent) is growing, as is SVOD (Subscription VOD). So you will want to make sure your splits are strong in your favor, especially for growing categories, and Cable VOD and transactional DTO (download-to-own) or EST (electronic sell through) are strong too and by the way, some of these terms include each other.

Instead of merely focusing on rights classes even within the category of VOD you may also want to address gross revenues so that one can get an appropriate share of revenues at certain gross revenue thresholds. You may want to have deal terms be reviewable for contracts with a longer Term.