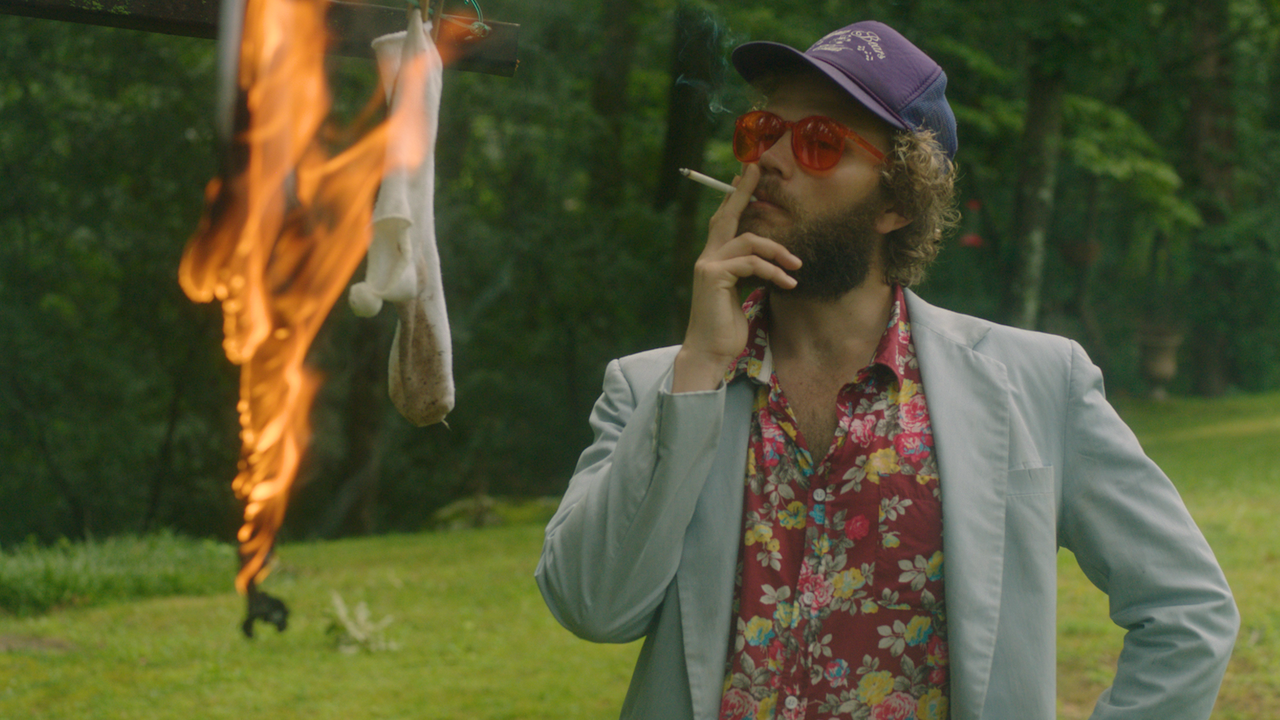 When the matriarch of a large Southern family passed without a written will, her children became embroiled in a bitter fight over their mother's estate. The fracas prompted director Bo McGuire to return home to Hokes Bluff, Alabama, to document the mounting standoff between his two childhood idols—his now-homophobic aunt and his out-and-proud gay uncle—in a battle that threatens to tear apart multiple generations of a formerly tight-knit tribe. In the process of investigating this epic family feud, McGuire also reflects on his own coming-of-age as a queer youth in the rural South.

Socks On Fire is both a tribute to the filmmaker's beloved grandmother and a first-person saga of a clan riven by petty jealousies and old wounds, fueled by one member's deep-seated homophobia. Blending home videos and intimate interviews with masterful reenactments—including the ingenious casting of local drag queens—McGuire paints a riveting picture of a house divided.—Mimi Brody

Bo McGuire was born the queer son of a Waffle House cook and his third-shift waitress in Hokes Bluff, Alabama. He is one of Filmmaker Magazine’s 25 New Faces of Independent Film and a Ryan Murphy + Half Initiative Mentee. He belongs to the First Church of Dolly Parton.