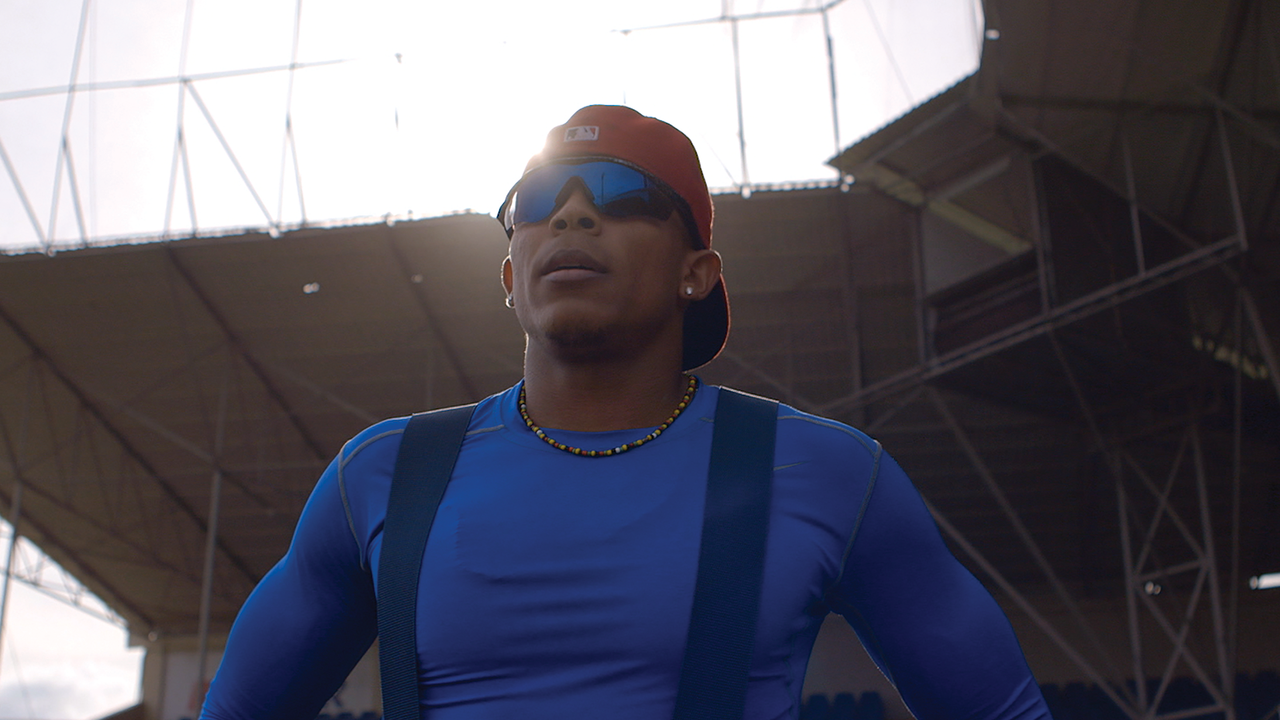 Aroldis Chapman and Yasuel Puig’s major league debuts garnered plenty of ink and hype. But often overlooked are the particular challenges talented and eager—yet unknowledgeable—Cuban baseball players face, including multi-step immigration issues, learning English, the shady motives of agents and handlers, and false promises. Sami Khan and Michael Gassert follow slugger Happy Oliveros and hurlers Carlos Gonzalez and Victor Ernesto Baro, three players from the island with American mainland dreams. Under the wing of Cuban-American sports agent Gus Dominguez—once jailed for smuggling players but back in the business—they establish residency in Costa Rica, tiringly practice, and eventually audition for scouts. As they catch on to the reality of their situation and Dominguez realizes he doesn’t have another Chapman or Puig, the three face difficult choices about their next steps and choose radically different paths.

The Last Out is an affecting story of raw talent, passion, and naivete, following three vulnerable men who see baseball as the path to success, but instead must choose the best way to survive.—Brian Gordon

Sami Khan’s most recent film, the short documentary St. Louis Superman (with Smriti Mundhra), was nominated for an Academy Award® and won a Special Jury Prize at Tribeca in 2019. Michael Gassert's documentary and archival work has been supported by IFP, the Sundance Institute, UNESCO, and the Kennedy Center.