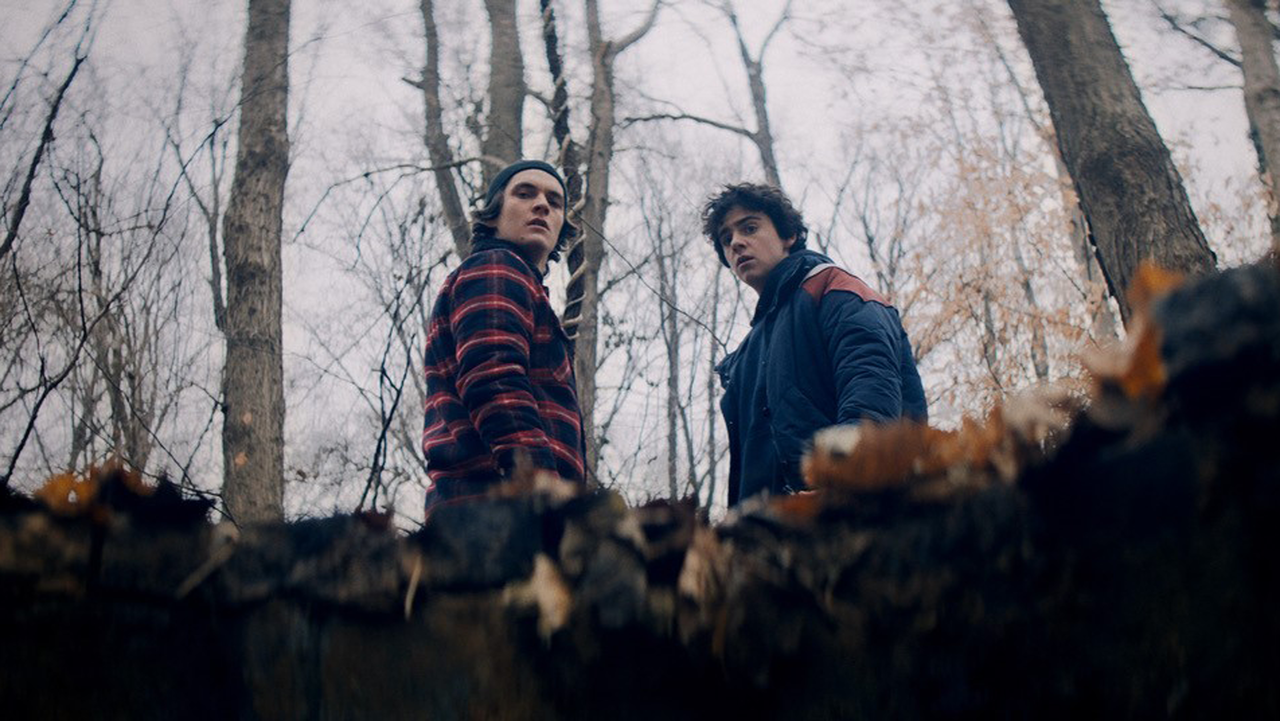 When Matt (Fionn Whitehead) convinces his younger brother Joey (Jack Dylan Grazer) to rob a house to pay for their sick mother Carol’s (Mena Suvari) medical bills, security guard Hamby (Rainn Wilson) falls in a well chasing them. Now Hamby must match wits with these two teenagers, as Joey’s conscience gets the best of him wanting to help out Hamby, and Matt becomes increasingly aggressive, fearful they will be caught. As the tension rises, so does the violence, and as Joey tries to do what’s best for his family, these two brothers will come head to head, as Hamby tries to outsmart them both.

The directorial debut feature from Alex McAulay (writer/co-producer of Flower) aptly examines a Midwestern family who’s been devoid of the American Dream. With a dying mother and no father figure to guide them, these brothers choose their own paths engaging in a deadly cat-and-mouse game. Wilson brings a transcendent power in a role filled with depth and humor like we’ve never seen him before. And Suvari gives a nuanced performance as a broken addict who reclaims her power in the midst of poverty, illness, and male aggression. — Judd Taylor

Alex McAulay wrote and co-produced the movie Flower (Zoey Deutch), which premiered at the 2017 Tribeca Film Festival and was theatrically released by The Orchard in 2018. He has also developed material for HBO, Fox, and CBS. Don't Tell A Soul is his directorial debut.