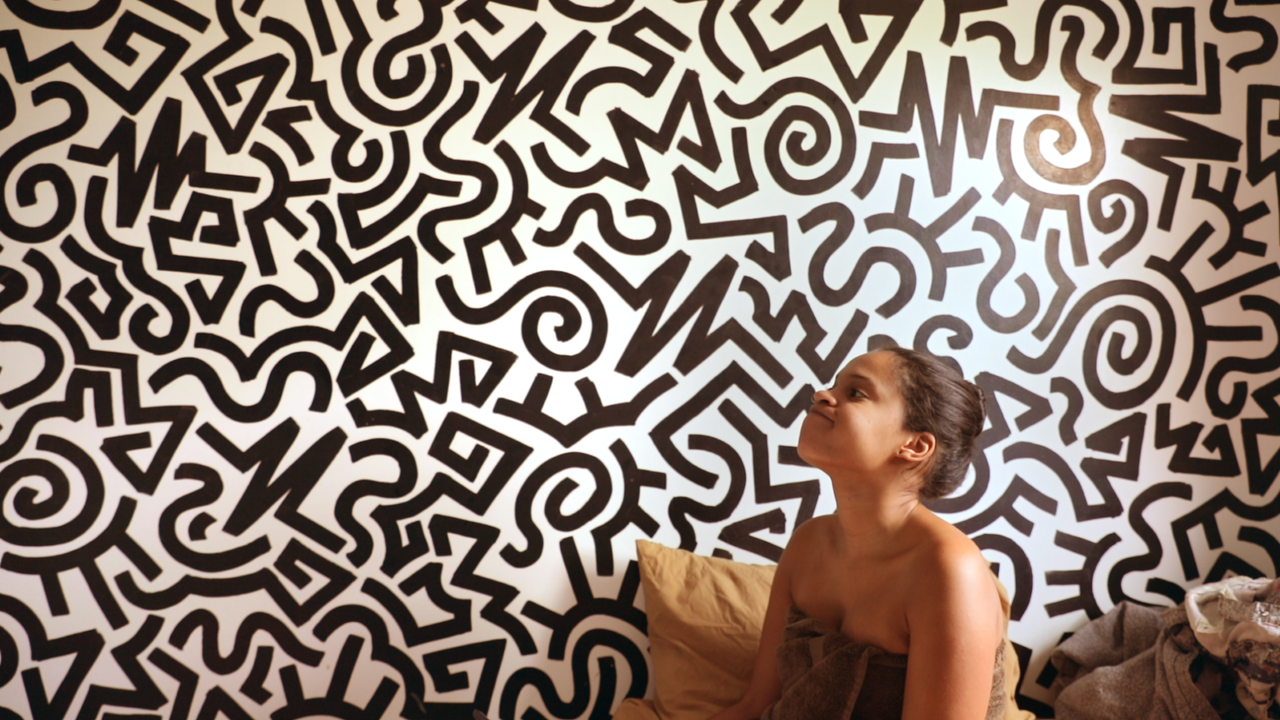 It's been four long months since the lockdown began and like most of New York, Naomi (Taylor Garron who also wrote and co-directs) has been trapped inside her apartment. Her roommate escaped to Florida with her family, leaving Naomi all alone, and they've been struggling to communicate, especially since the start of the pandemic. Meanwhile, she's also been connecting with a gentleman online and she thinks it might be time to meet up, even if that means breaking quarantine against her better judgment. But not everyone is happy with this plan.

With a delicate touch, Garron and her co-director Chanel James radiate with creativity in these most trying times, making use of every available resource to safely persevere in the completion of their wildly independent narrative. Garron herself shines as she carries the proceedings, nimbly tackling the loaded existential anxieties and conflicts the pandemic has magnified with a casual charm and resilient spirit. Captured entirely through candidly framed video calls and naturally lit digital diaries, as of yet constructs a sharply paced comedic portrait of a young single woman navigating the crisis that is existing in America in the year 2020. —Landon Zakheim

Taylor Garron and Chanel James co-directed as of yet, their second project. Garron, who previously starred in James’s feature The Things We Do When We’re Alone, is a creator and performer based in Brooklyn. James is a director, writer, editor, and pop archivist from Atlanta.