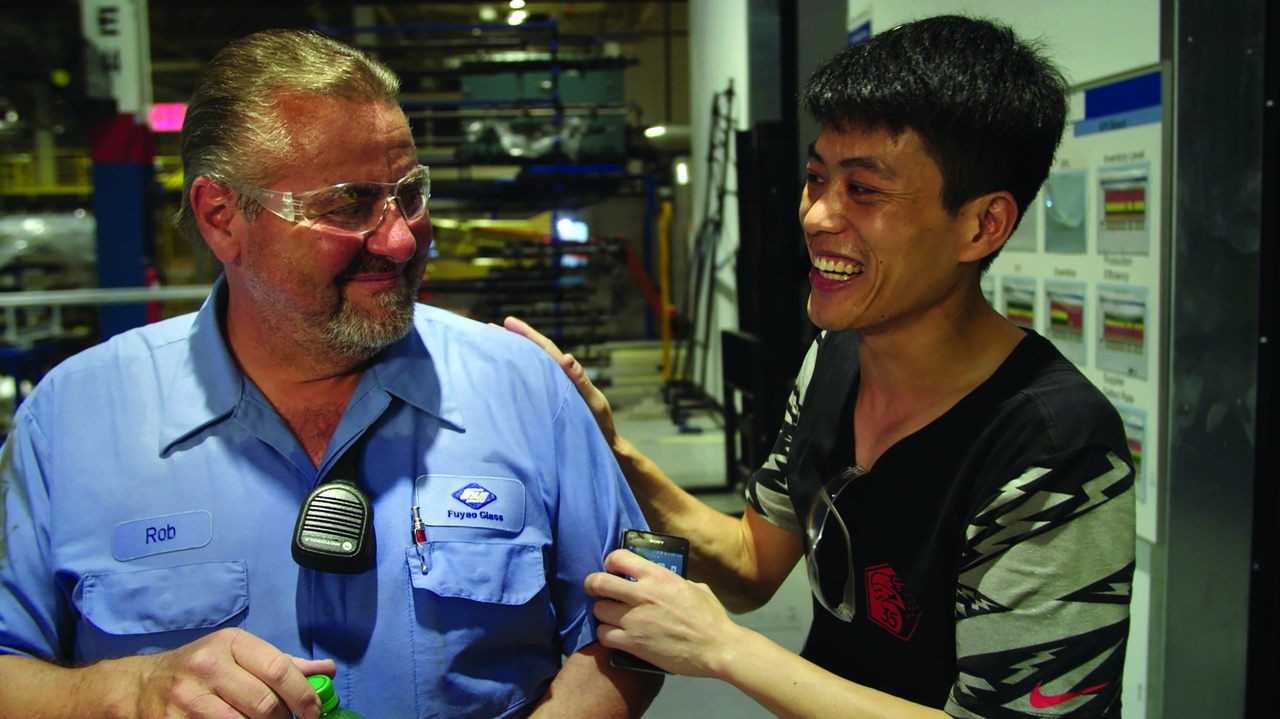 Documentary
In 2008, the General Motors plant in Dayton, Ohio shut down, leaving thousands of Ohioans out of work. Years later, Chairman Cao Dewang, CEO of the Chinese company Fuyao Glass, opens an American wing of his sprawling, multi-billion-dollar company in that very same plant, hiring thousands of Dayton locals and kicking off one of the strangest tales of international labor and cross-cultural contact committed to screen.

Julia Reichert and Steven Bognar’s American Factory is a wry look at what happens when America’s economic vulnerability comes toe-to-toe with a new era of ambitious Chinese expansion. It’s a tale threaded through with cinema verite scenes of union meetings and management pow-wows, and on and on, until what emerges is a difficult, often funny, but altogether urgent look at the future of labor. An unsettling question hangs over the company and the story: Will America’s Fuyao Glass employees succeed in unionizing?

How and why, and whether the upper management is able to do anything to stop it, serve as the backbone for American Factory. It’s a bit of everyday political drama that has implications, not only for these workers’ lives, but for how we come to understand the broader disconnects between laborer and boss--and by extension, America and China.